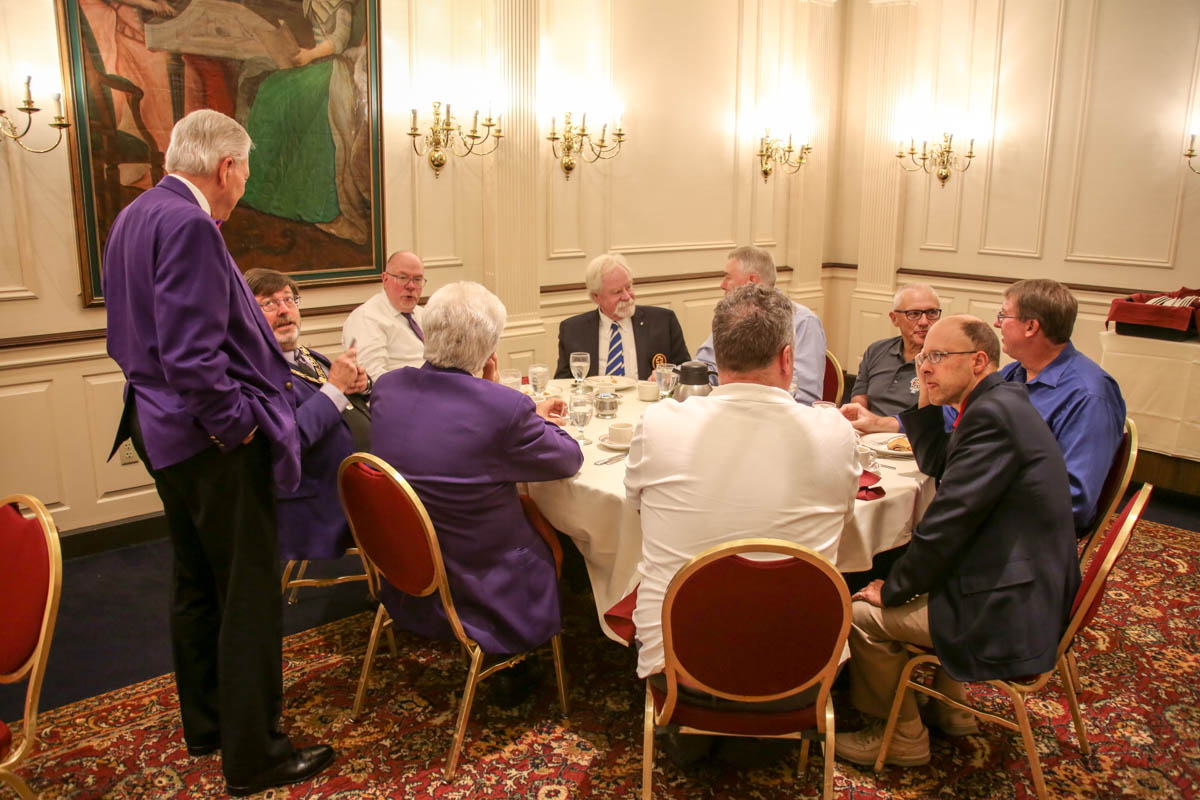 This year’s Northeast York Rite Conference was a big success. The Conference was held in Albany, New York at the Desmond Hotel on September 7-8. Over 160 members were in attendance for all or part of the weekend. 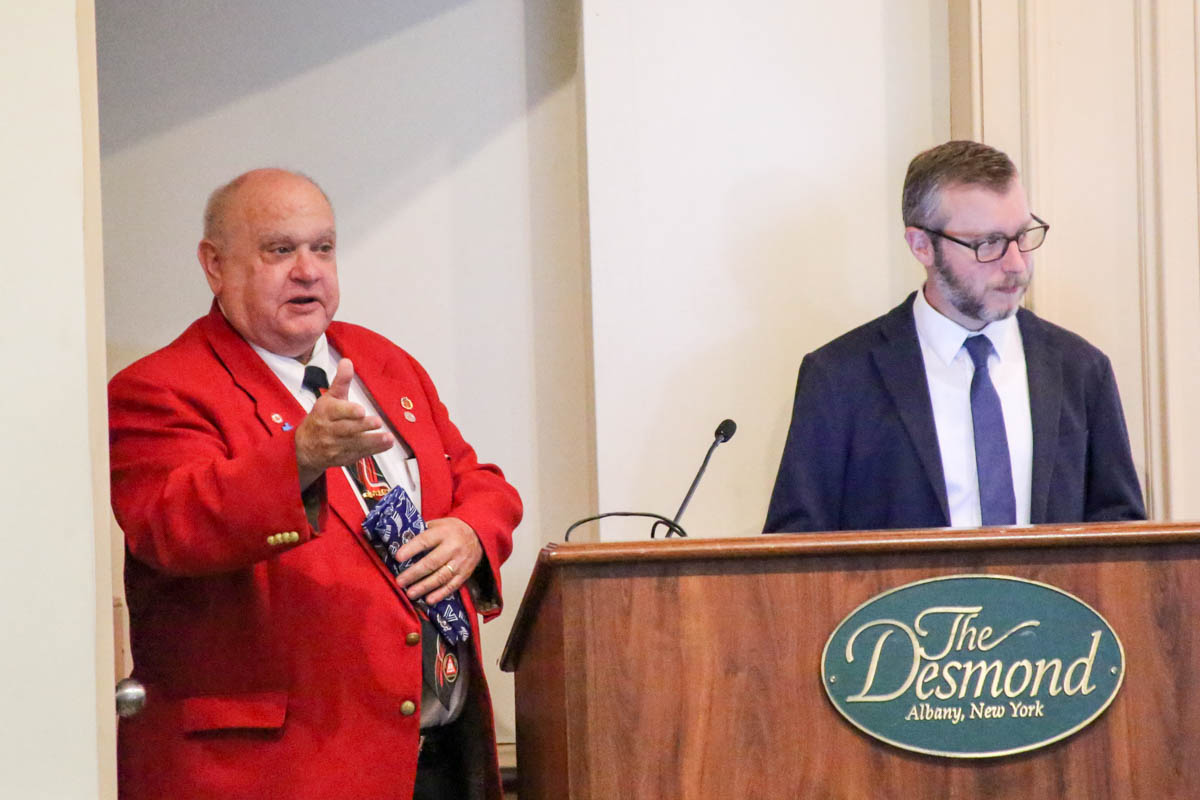 The first presentation was by Joseph Toscano, PhD, who was introduced by Bob Bean, the Eastern Regional Representative for Royal Arch Research Assistance (RARA). Dr. Toscano gave a presentation on Hidden Hearing Loss, which was well received, and he answered questions from the attendees after. 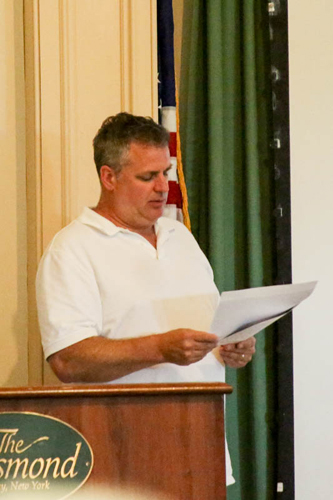 Our next presenter was Companion Peter Smyth, the Illustrious Master of Washington Council No. 6 in Connecticut. He presented his program for a Nine-Part Cryptic Education Course which he had used in his Council. The program covered everything from the history of the Cryptic Degrees to details on the several Degrees, but the most discussed section was his presentation of how the York Rite Degrees fit in chronologically with each other.

RP Companion McCollum presented “A Two-Year York Rite Journey” which is used in his own Council. The program consists of one year for the Chapter Degrees and the second year for the Council Degrees and Commandery Orders. Spending two years gives time for expanded education on each Degree and Order at the meeting following each. He detailed how they use the Capitular and Cryptic Education Programs for the education, including providing each new member with his own copy of the book following their signing of the by-laws. 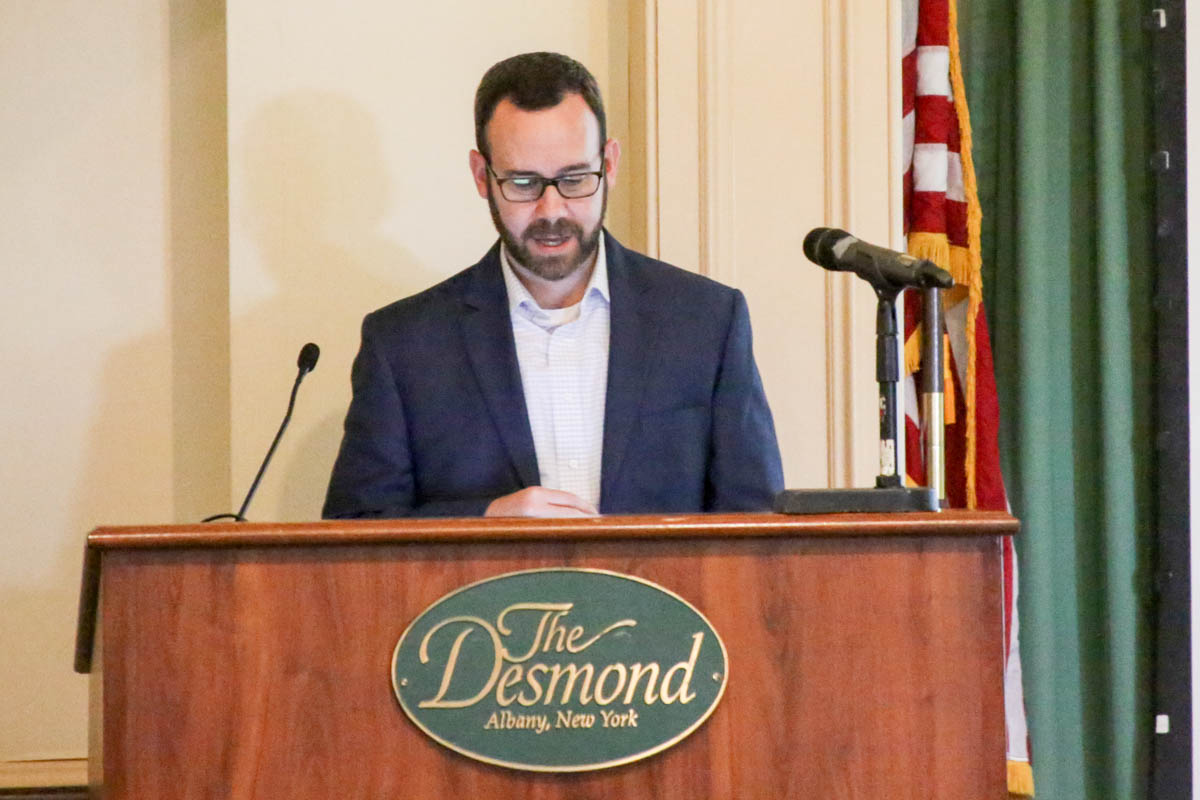 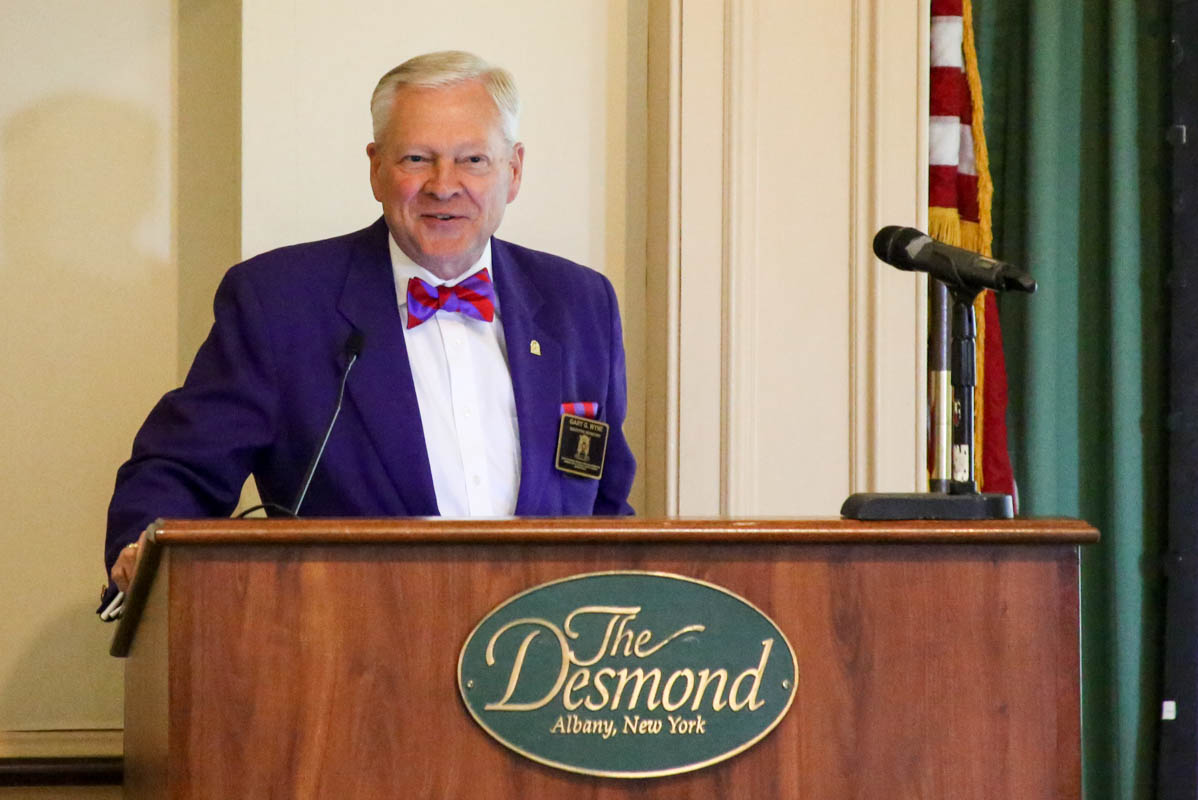 Our next presenter was Companion Gary Wynne, Executive Secretary of the Cryptic Masons Medical Research Foundation (CMMRF). He gave an update on some of the new techniques and research being conducted at Indiana Center for Vascular Biology and Medicine, (ICVBM), located at Indiana University School of Medicine.

The Grand High Priests and Grand Masters of the Department were then called upon individually to talk about the plans and programs they are implementing in their jurisdictions. Each jurisdiction is doing great things for their members and the sharing of successes is a big part of why the leaders in the Department attend each year.

Later that evening we all got together over a meal. During the meal, G. Thomas Taylor, MIGM of Delaware, asked that we as a Department consider exemplifying all the Degrees and Orders, from Entered Apprentice to Order of the Temple in the chronological order presented by Companion Smyth. It was favorably received and we hope to be able to find a weekend to do this.

On Saturday, the Grand Encampment conducted its meeting which included a focus on Membership as this is the focus of our ME Grand Master. Also included was a presentation on the new Templar Ritualist program.

The next Northeast York Rite Conference will be held at the DoubleTree in Tarrytown, New York on September 11-12. Included at this conference will be a special Congress of the Knight Patriot during the Friday dinner in remembrance of the 19th anniversary of the tragedy of September 11, 2001. This is a can’t miss program that has been done annually in Connecticut for the past 17 years. Please plan on attending.