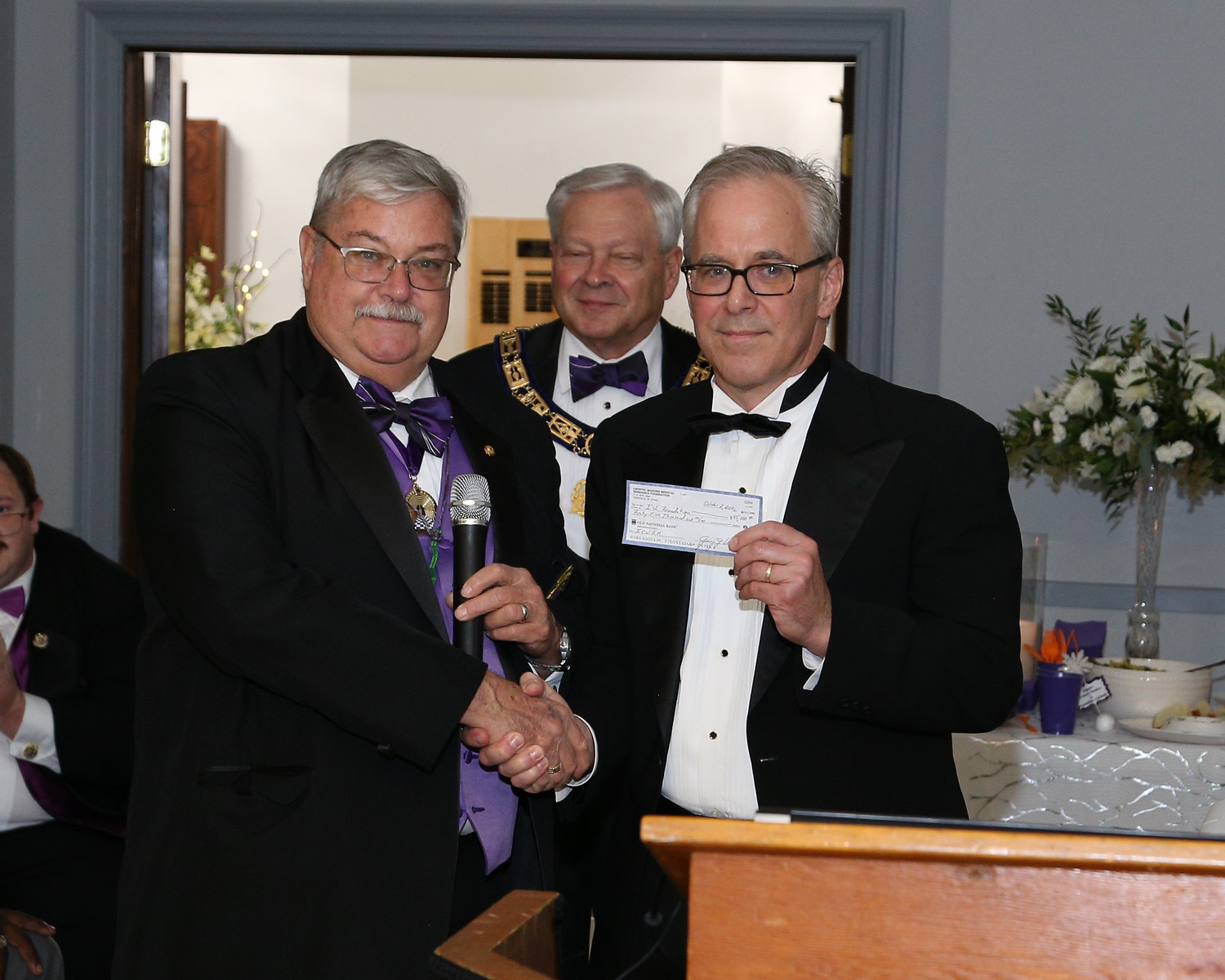 Vice President of the Board of Trustees for CMMRF, Tom Taylor and Gary Wyne, Executive Secretary, presenting a check for $45,000 to Dr. Murphy for Stem Cell Research

The Grand Council of Indiana held its Ish Sodi Banquet on October 2, 2021, at the Sahara Grotto in Southport, Indiana. The Ish Sodi Banquet is an annual event that the Grand Council hosts as a fundraiser for the Cryptic Masons Medical Research Foundation (CMMRF). Every year at the banquet, a theme is chosen, entertainment is provided during dinner, Dr. Michael P. Murphy, the endowed chair of CMMRF, provides an update on the research they are conducting, and a silent auction is held. This is an excellent annual event for fellowship, education, and fundraising for CMMRF.

This year’s event was attended by the Indiana Grand Council Officers; Officers of the Grand Commandery, Grand Chapter, and Grand Lodge; Companions from across the state, and Several General Grand Council officers. Dr. Michael P. Murphy, the Cryptic Masons Medical Research Foundation Professor of Vascular Biology Research, spoke in-depth about the research they have been conducting, and the discoveries they have made in the several fields of research: including Peripheral Arterial Disease (PAD), Abdominal Aortic Aneurysm (AAA), Type 1 Diabetes (Juvenile Diabetes) and more.

MIPGM Charles Wood was presented with The William Henry Mordhurst Award, for Service Recognition of Ten Years of Service. MIPGM Wood has displayed exemplary service in the ten years he served as both the Most Illustrious Grand Master and Grand Recorder of the Grand Council of Indiana, as well as a mentor to the Grand Line. His opinion is highly regarded throughout the state.

At the end of the evening, the winning bids for the silent auction were announced. Articles up for auction included several gift baskets, wine, jewelry, scotch, and a very special dance with a lovely young lady, all of which, raised a significant amount of money for CMMRF.

All in all, this year’s annual Ish Sodi Banquet was very successful, raising over $50,000 for our philanthropy and a good time was had by all. Next year’s Ish Sodi Banquet will be held on October 1 at the Sahara Grotto in Southport Indiana at 6pm EST. We invite all to come and enjoy the spectacular event. 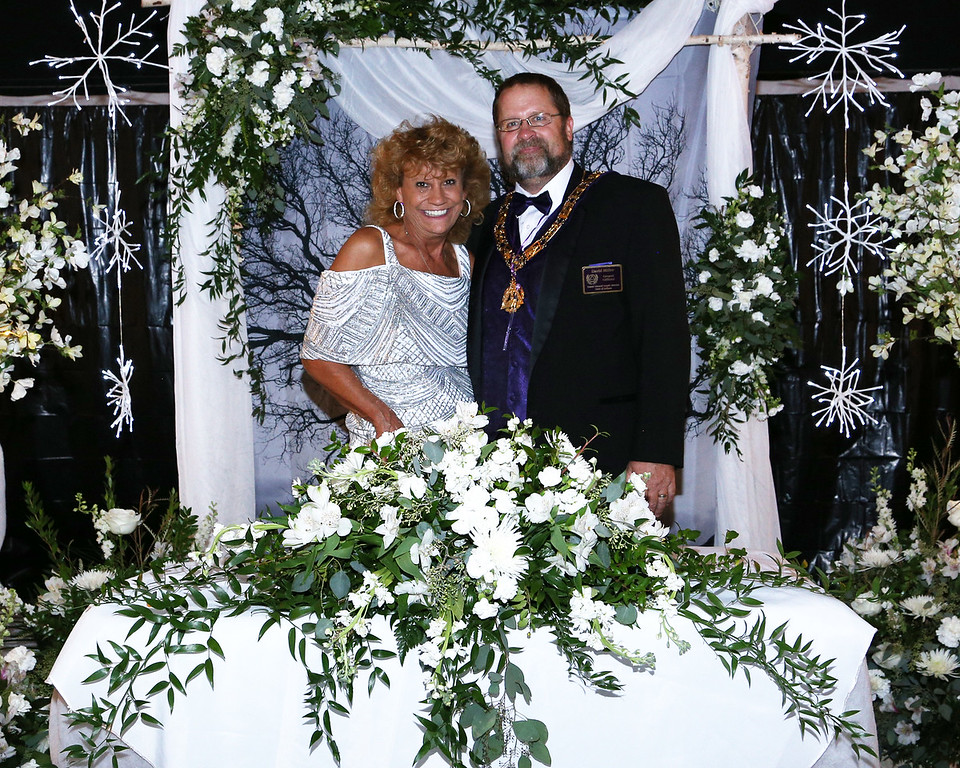 This years hosts David Miller and his wife Kathy 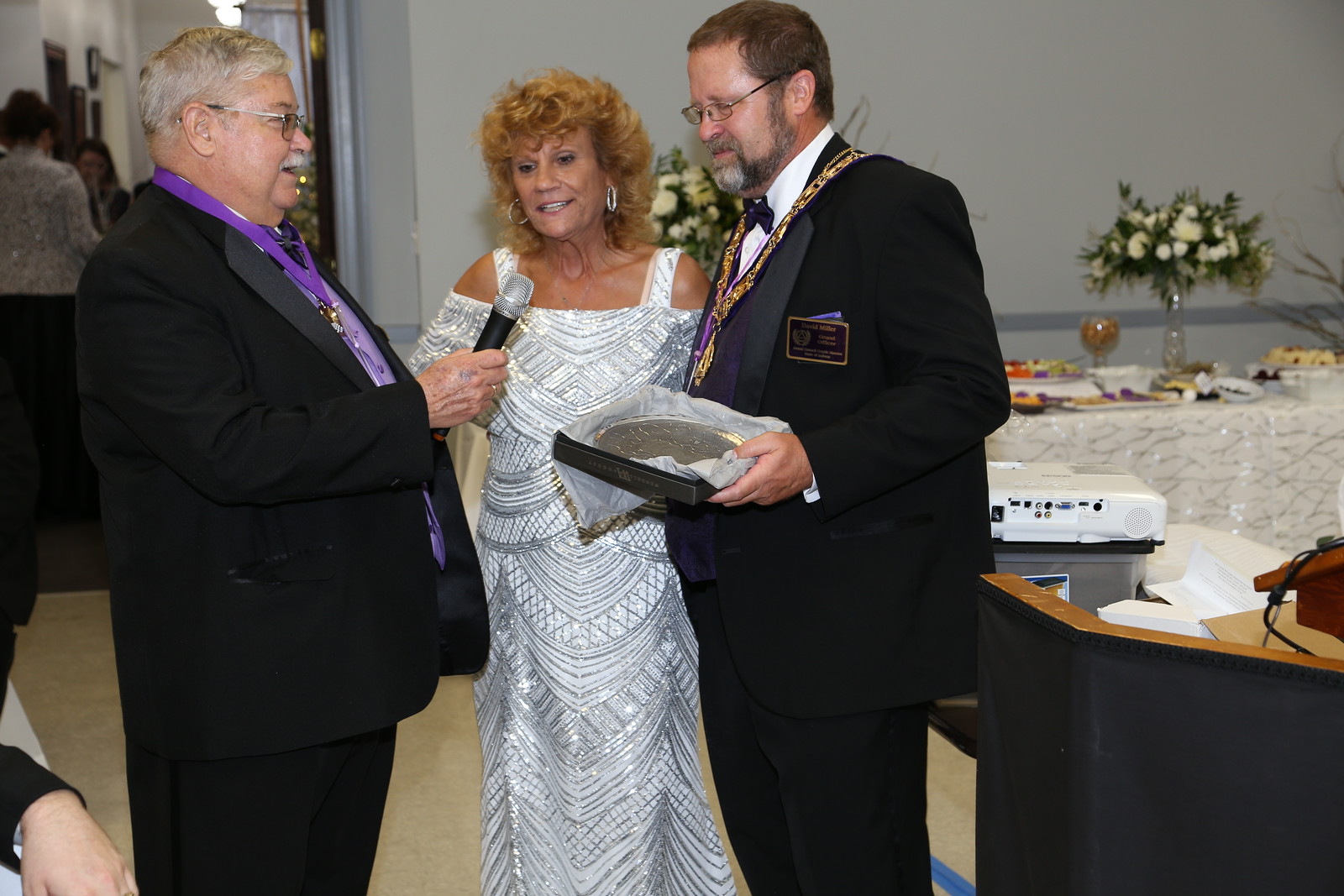 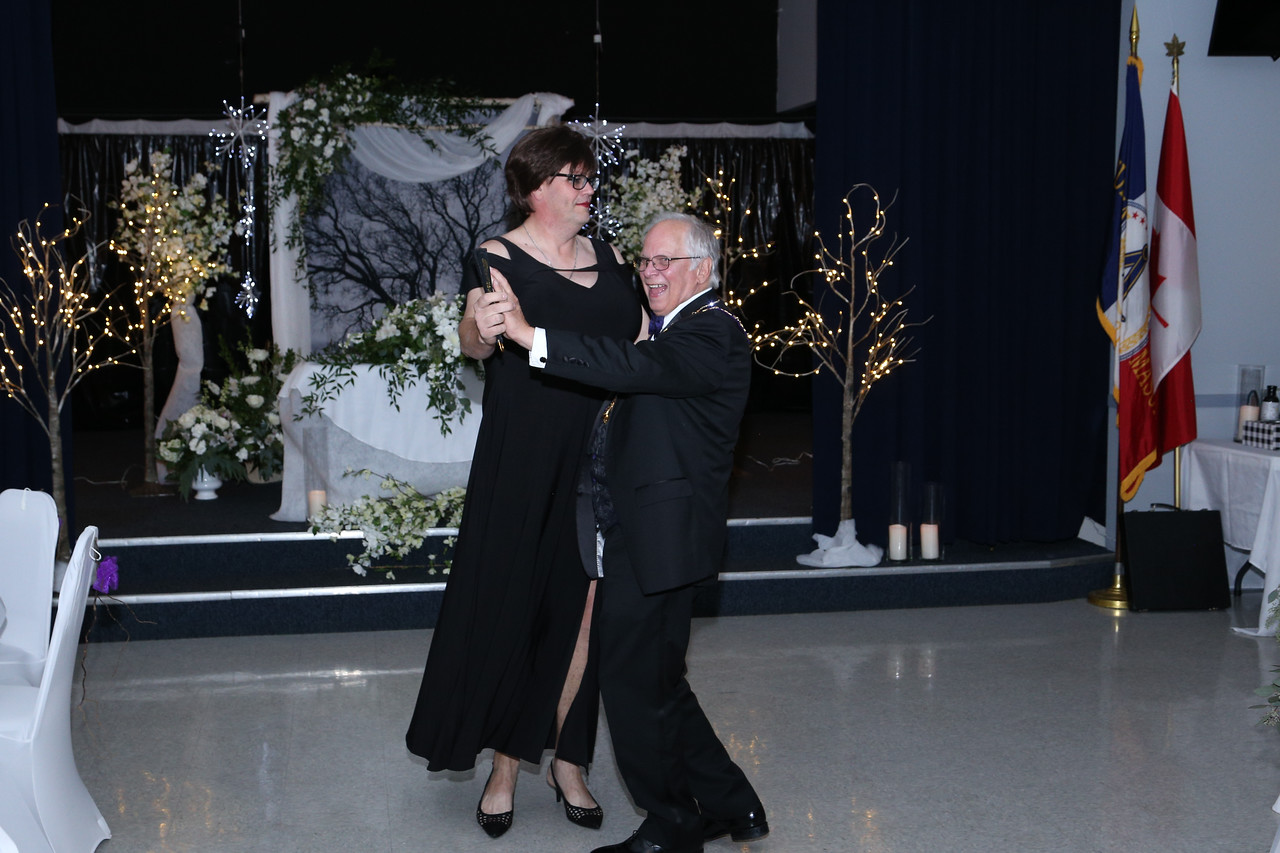 It ain’t over till the tall lady dances!!