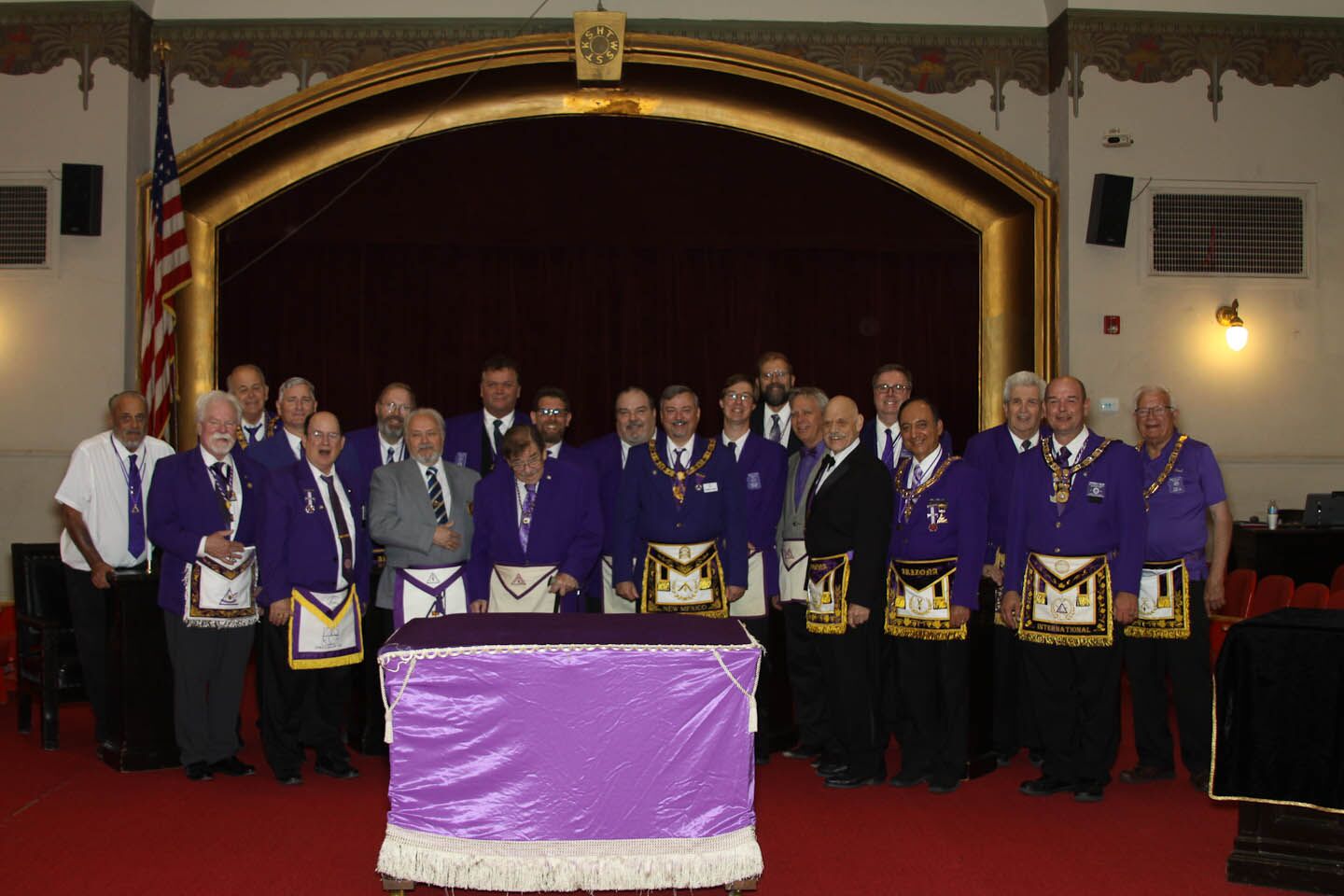 Recently, Companions in Arizona performed their annual conferral of the Order of Ish Sodi and the Super Excellent Master Degree. Arizona is among very few jurisdictions who offer both of these conferrals on an ongoing basis. Because of its scarcity, the Illustrious Grand Master of Arizona has made these conferrals available to all Companions who wish to visit our state and attend the ceremonies. Currently, they are being offered in a one-day mini-festival setting that alternates between Phoenix and Tucson.

The Order of Ish Sodi is the highest award that can be bestowed by the Grand Council of Cryptic Masons of Arizona. The award recognizes individual Companions for their devotion and service to Cryptic Masonry. The basic qualifications for membership are: ARDOR and ZEAL for Cryptic Masonry and SERVICE to the Cryptic Craft, “beyond the call of duty”. In many jurisdictions, it is an honorary Order, requiring only nomination and a ‘tongue of good report’ for its conferral. In Arizona however, a worthy Companion must petition for the Order and show examples of his good works.

Eligibility is based on a points system for service during each Cryptic Year. These Points are awarded in the following areas:

Although a Companion must be a top line signer for a petitioner in given year, he only receives three points for his signature. Ten points are required. Therefore, he must also demonstrate service during the year to his Council.

The term ISH SODI is Hebrew and translates to mean “man of my choice” or “select man.” The ISH SODI Cryptic Mason is a man of action who teaches and learns; he is an instrument of unity and moral character of the Council that impresses upon each member the value of our Cryptic and Masonic Order. The ISH SODI Award is viewed as a compass that points towards further light, fellowship and a valuable point of reference for sustaining the interest of newly created Cryptic Masons. 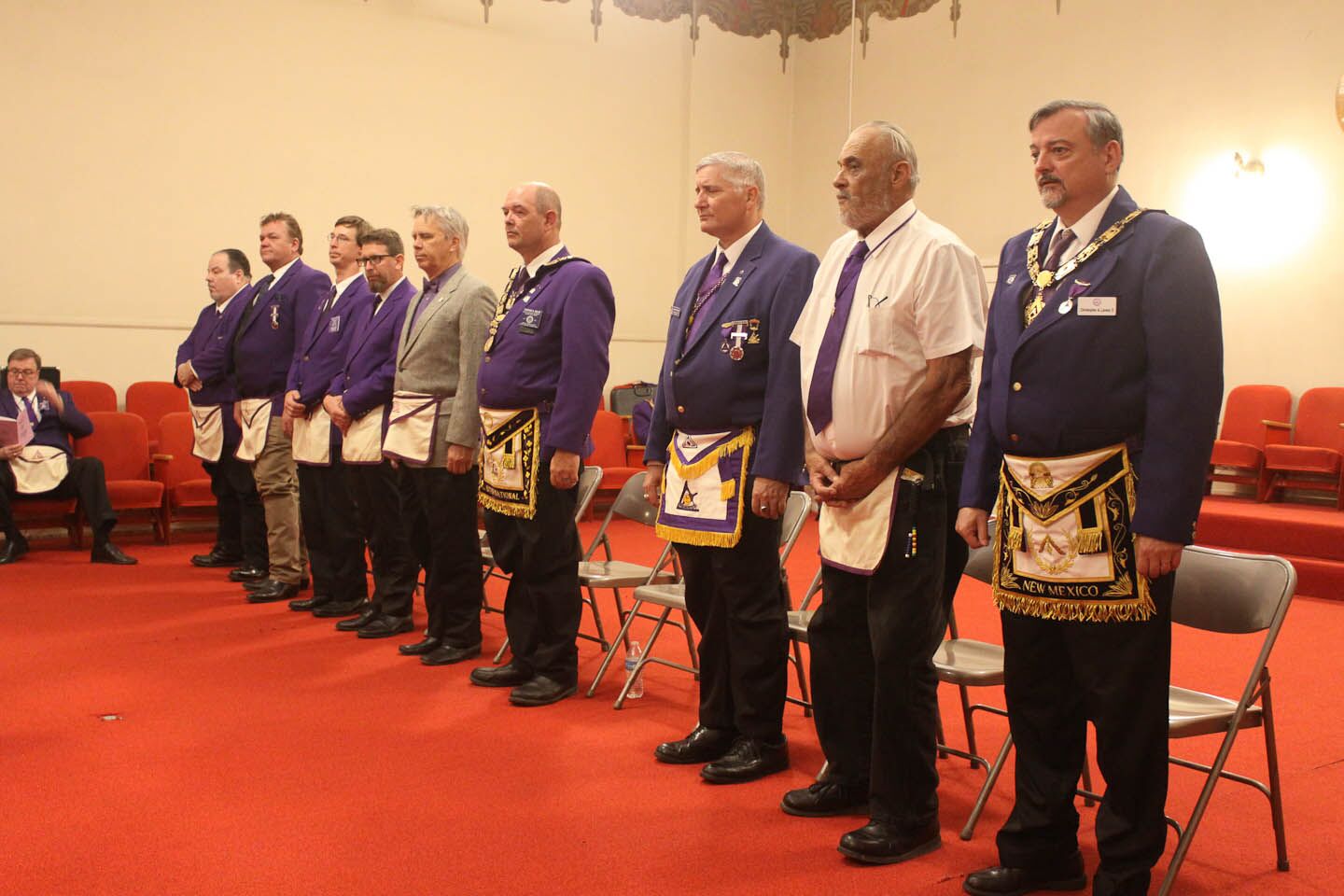 On April 27, 2019, Arizona held its ISH SODI Award in Phoenix with 10 candidates in attendance. The Companions receiving the award were:

The Order of ISH SODI is awarded to exceptionally worthy Companions.  The names of these Companions will be recorded in the rolls of the “Select Man.”

The Super Excellent Master Degree was not originally a part of the Cryptic system and is not conferred in all jurisdictions. It has one of the best written rituals in Masonry. It deals with the incidents in the reign of King Nebuchadnezzar when Zedekiah, the last King of Judah, was conquered and carried captive to Babylon. It enlarges upon the section of the Royal Arch having to do with the capture of Jerusalem by the Babylonian King and teaches in most dramatic fashion the lesson of fidelity.

The ritual teaches beautiful lessons on the death and ascension of our Savior and the candidate is at last received into full fellowship in the most solemn manner.  This is classed as the most dramatic and spectacular degree in all Masonic systems.

The Super-Excellent Master is an honorary degree, to which any Cryptic Masons is entitled by his being in good standing in his Council. Companions should complete the Super Excellent Master Petition and submit it to their Council Recorders.

Arizona’s Ish Sodi / Super Excellent Master Festival began in 2015, when conversations at the 4 Corners Chapter Festival revealed that Arizona’s neighboring states rarely, if at all, conferred either the Order or the degree.  Both Ish Sodi and Super Excellent Master were held on varying dates and so the decision was made to hold them together and on the last Saturday in April, to allow Companions from neighboring jurisdictions to plan for and attend the festival.

Arizona’s next Ish Sodi / Super Excellent Master Festival will be in Tucson, Arizona on April 25, 2020.  A block of hotel rooms has been reserved for Companions wishing to travel in and a Hospitality Suite will be available on both Friday and Saturday nights.  For more information, please visit the Arizona Grand York Rite website:  https://azyr.org/index.php/what-s-coming-all-events

We look forward to welcoming you in Tucson, next April.