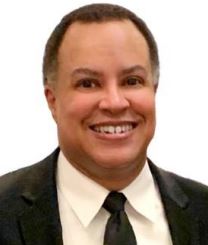 Cinco de Mayo or May 5th is a holiday that celebrates the date the vastly outnumbered Mexican army defeated a much larger French force at the Battle of Puebla on May 5, 1862 during the second Franco-Mexican War. The battle was fought at Puebla de Los Angeles, a small town in east-central Mexico, and it lasted from sunup to sundown. Today, that victory is commemorated predominantly in the Southwestern United States; however, the largest celebrations are in California. Cinco de Mayo has been incorrectly dubbed as Mexico’s Independence Day. *he introductory paragraphs of this article correct that misconception. To celebrate our Masonic Brothers’ heroism at the Battle of Puebla, the balance of this month’s Spotlight article provides the historical context as to how Cinco de Mayo, Freemasonry, and the outcome of the United States Civil War are all so very much connected.

Against this backdrop, we turn our attention to Mexico. The ancient civilizations of Mexico lasted for approximately 2,500 years until Spain made the region a colony after a series of relentless and brutal conquests in the late 15th century.

After almost 300 years of Spanish rule and domination, Mexico gained its independence from Spain in 1821. Thereafter, Mexico became a target for Britain and France, in particular, because Spain had been defeated and Mexico’s global importance was viewed as geopolitically crucial since it was adjacent to the relatively new country of the United States whose natural resources and slave labor made its products both affordable and desirable.

After Mexico gained independence from Spain in 1821, the next 40 years saw the landscape of Mexican politics, society, and freemasonry divided into two main camps composed of Liberals and Conservatives.

Liberal and Conservative Factions Divide Mexico and Its Practice of Freemasonry

Mexican Liberals were influenced by the political thought of the United States and the French Revolution. They advocated for a federal form of government modeled after the United States, and wished to reduce the power of the Church in Mexico, as part of a wider program of social and economic progress.

From about 1820 to 1834, Freemasonry was also aligned along those two societal and political divisions with the Liberals joining what we now know as the York Rite and the Conservatives becoming members of the Scottish Rite. In Mexico, if you wanted to be a Freemason you either joined one of the Liberal Yorkinos lodges or Conservative Esoceses lodges, as they were called.

In 1834, reason and compromise prevailed between among the Yorkinos and the Esoceses, and the Freemasons formed a third Rite called “The Mexican Rite”, initially consisting of nine Degrees, was composed of both York and Scottish Rite Freemasons.

Benito Juarez was an up and coming politician, who had a reputation of impeccable honesty, steadfast ethics, and simple tastes; qualities which made him a Mason in his heart “before his eyes beheld the beauties of Freemasonry”. He would later become the most famous president and Freemason in the history of Mexico.

Between the U.S.-Mexican War (1847-1848) and the Second Franco-Mexican War (1861-1867) both of which Benito Juarez fought on behalf of his countrymen, he was initiated into The Grand Chapter of Royal Arch Masons of Mexico on January 15, 1847 at the La Logia Independencia No. 2. Brother Juarez received the 9th degree in the Mexican Rite in 1854, and 8 years later in 1862 he received the 33rd Degree and was subsequently named the Grand Inspector General of the National Grand Lodge.

At the end of the U.S.-Mexican War in 1848, Brother Juarez opposed the peace treaty and was exiled to New Orleans, but returned to Mexico when the Santa Ana government collapsed. In 1855 Brother Juarez became president of Mexico’s Supreme Court.

Although the Liberal and Conservative Masonic bodies of York Rite and Scottish Rite, respectively, seemingly resolved their differences in 1834, the non-masonic Liberal and Conservative factions in the society at large were unable to do so, which resulted in the three year “Reform War” (1858-1861), after which Brother Juarez was elected president of Mexico in 1861 when the Liberals prevailed.

Britain and Spain negotiated with Mexico and withdrew their forces. France, however, ruled by Napoleon III (nephew of Napoleon Bonaparte), decided to use the opportunity to try and carve an empire out of Mexican territory. Thus, the Second Franco-Mexican War began in late 1861.

One of the earliest battles occurred on the morning of May 5, 1862 in Puebla de Los Angeles, a small town in east-central Mexico. The French wanted a quick end to the war and sent a commanding force of 6,000 men under General Charles Latrille de Lorencez to capture Puebla de Los Angeles and establish a stronghold from which to launch future campaigns. Mexico cobbled together 2,000 men who were placed under the command of General Ignacio Zaragoza, a Mason (pictured lower left). Brother Zaragoza was a member of Minerva Lodge No. 44 in Veracruz under the jurisdiction of the National Mexican Rite.

The Battle of Puebla started at sunrise on May 5, 1862 when French General Lorencez led its assault on Puebla de Los Angeles under the cover of heavy artillery. The vastly outnumbered and poorly supplied Mexicans, under General Zaragoza, fortified the town and at sundown, the Mexican army had finally repelled the French army. France’s casualties stood at 500 versus 100 for Mexico.

France retreated from the siege. Although not a major strategic win in the overall war against the French, Brother Zaragoza’s success at the Battle of Puebla on May 5th represented a great symbolic victory for the Mexican government and bolstered the resistance movement. The war lasted for another 5 years until 1867 when the U.S., having ended its own Civil War in 1865, was finally able to provide military support and political pressure to aid its neighbor and force the French to withdraw entirely from Mexico.

The involvement of the United States in the Second Franco-Mexican American War should not go understated for a variety of reasons. At the time France was waging war against Mexico, the United States was fighting the Civil War. The European monarchies were “socially” supportive of the Union in that they found slavery to be repugnant, yet they were economically dependent on the Confederacy’s raw materials. None more so than France who supported the South more overtly than the British or Spanish.

The old wounds between Mexico’s Liberal and Conservative Freemasons were reopened in that the Liberals or York Masons were ideologically aligned with the Union whereas their counterparts the Conservatives or Scottish Rite Masons chose to side with the Confederacy. Those same divisions played out in Mexico’s war with France with the Liberals backing the Juarez government and the Conservatives lending aid and support to the French in the hope of establishing a Mexican monarchy.

Had France steamrolled Mexico at the Battle of Puebla and won a quick war, it would have been in a much stronger position to avoid the Union blockade of the South via Mexico and provide more military support to the Confederacy. This would have, in turn, tilted the U.S. Civil War in favor of the South. But the French were mired and bogged down in a protracted war with Mexico following the Battle of Puebla and was unable to provide fulsome aid to the South.

One final note. Although Masons fought on both sides of the Battle of the Alamo (March 6, 1836) and the U.S.-Mexican War (1847-1848), it is estimated that at least 500 Texans fought for Mexico. Many of these men were members of the Mexican National Rite of Freemasonry.

Companion Robert Whyte is a member and the Editor-In-Chief of the San Francisco and Peninsula York Rite Bulletin. He is currently serving as Junior Warden of Burlingame Masonic Lodge No. 400 in Burlingame, California. He is a member of Britannia Council No. 303, Allied Masonic Degrees and El Camino Real College No. 131, York Rite Sovereign College. Companion Whyte is also the Silicon Valley Local Secretary for Quatuor Coronati Correspondence Circle. He is a 32nd Degree member of Burlingame Bodies, Ancient and Accepted Scottish Rite.