CMMRF: Stem-Cells – A Treatment from the Future for Diseases of the Past

CMMRF: Stem-Cells – A Treatment from the Future for Diseases of the Past
Submitted By Companion Rafael P. Soneghet, MD
International Board Member, CMMRF 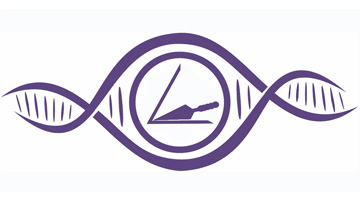 Everyone in the world knows or will come to know someone who is afflicted by a vascular disease, being it a consequence of another pathology or a vascular exclusive disease. To this day, we still do not have enough means to really cure some of the complications of one of the most common disease in the whole world. Or at least, we didn’t.

Diabetes is a chronic, metabolic disease, which can lead to peripheral arterial disease. Did you know that more than 400 MILLION people in the world are afflicted by Diabetes? Of those, according to the American Diabetes Association’s last data, over 34 million are Americans.

This complication, the peripheral arterial disease (PAD) afflicts over 8 million Americans, being a result of hardening the arteries of the legs due to atherosclerosis, which eventually could lead up to gangrene and a consequent leg amputation.

Now, thanks to the generous support of YOUR donations to the CMMRF, we have completed a landmark study with stem-cells which demonstrated a significant reduction in leg amputations due to critical limb threatening ischemia! There was no previous treatment for this condition.

The same can be said about aortic aneurysms and even heart failures following chemotherapy treatment.

Stem-cells are primitive cells that have the potential to develop (or change) into a number of specific cell types and they have a great potential to regenerate and repair damaged tissue. That’s why they can be used to help prevent and cure a lot of known diseases, with no previous treatment.

Help us keep making the difference! If there isn’t a cure or a treatment, WE WILL CREATE ONE!

And we can only do that with YOUR help!

Save a life and be a part of this revolution in medicine!