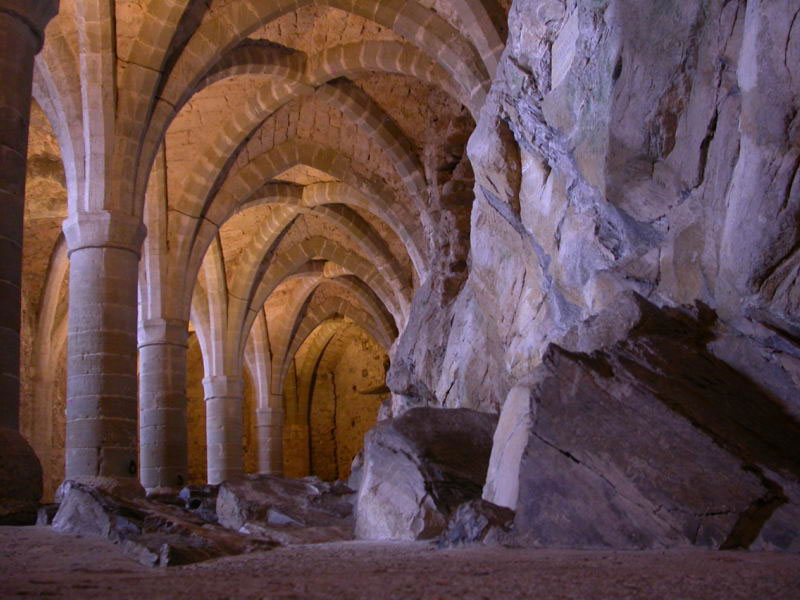 This is one of the smallest but one of the most important and certainly one of the most curious of all the rites. It might well be called the rite of Aeneas, because of its long wanderings. One of its oddities is that the two degrees of Royal Master and Select Master have associated with them a ceremony known as Super Excellent Master, which is not considered a degree, yet it is more dramatic than most Masonic degrees. Another peculiarity is that there has long been a difference of opinion as to which of the two degrees should be conferred on the candidate first. They should both precede the Royal Arch, yet, in early days were often limited to Royal Arch Masons. The Super Excellent is the dramatization of an incident mentioned in the lecture of the Principal Sojourner in the Royal Arch Degree. Both the Royal and the Select are of the type known as French Ecossais, Ninth Arch, or Secret Vault degrees and the name Cryptic was given them by Rob Morris as derived from the Greek crupe or the Latin crypta, meaning vault. They are known collectively as the “Cryptic Degrees” or the “Cryptic Rite” because their legend deals with the secret vault or crypt beneath King Solomon’s Temple.

The assumption, often indulged, that the Royal and the Select were always associated is incorrect, for the Select, under the name Select Masons of 27, was contained in the rituals brought to this country by Stephen Morin about 1762 as a side degree of the Rite of Perfection, while Royal Master was not so included and is not mentioned in any preserved record until a much later date. Hughan stated that Cryptic Masonry was worked in England from about 1760 but died out, though it continued in Scotland under one branch of the Grand Encampment of Knights Templar. It evidently died out there also.

Attempts to fix the origin and trace the course of these degrees in the United States is rather baffling, not only because of the shifting control over them and sometimes the absence of any control, but particularly by the tendency of writers upon the subject to refer to the two degrees jointly as though they had always constituted a pair. The latter association of the degrees and the frequent reference to them as Royal and Select Masters naturally led careless writers into the anachronism of supposing their present relationship always to have existed. Writers also, instead of examining closely upon finding one degree mentioned, have used the term “degrees” or “Cryptic Rite” to cover up lack of definition.

Historical Development of the Rite

A Council was formed in New York City as Columbian Grand Council #1 in 1809. In 1810, the degrees became permanently associated together with the formation of Columbia Grand Council of Royal and Select Masters in New York City. (14) (Even though the “Grand” is in the name, the body was local.)

The state of Connecticut bore the first Grand Council in 1819.

The Virginia Capitular Degrees are a set of 6 degrees controlled by the Grand Royal Arch Chapter of Virginia. The Cryptic degrees were incorporated and chronologically reordered with the Capitular Degrees.

This degree is an honorary one in most jurisdictions, and a member of the Council need not have it in order to hold membership or office. Exceptions such as Arizona, where you need to have it to be Illustrious Master; and Ohio, where it is the degree for some inspections and a Cryptic Mason must be an SEM before he is electable as the Principal Conductor of the Work, do exist.

The Cryptic Degrees slowly emerged as independent Masonic bodies, governed by state Grand Councils of Royal and Select Masters and a national General Grand Council. The earliest independent Councils were formed in the following locations:

On January 25, 1828, at a convention called for the purpose, the Grand Council of Royal and Select Masters of New York was formed. By 1830 there were Grand Councils in ten states. Under the influence of Cross’s Chart and other monitors, the Select Master Degree came to be viewed at the culmination of “Ancient Craft Masonry,” even if Councils were found in only a few metropolitan areas and their degrees available to only a few. This is probably the beginning of the American “York Rite,” consisting of the Chapter of Royal Arch Masons, Council of Royal and Select Masters, and Commandery of Knights Templar.

This piece is NOT a research piece, rather a documented conversation starter based upon experience, previous reading, and a love of the Craft. Congratulations to IC Jay for leading by example and encouraging discussion of topics such as this at EVERY meeting. Other presentations during this year, (done by others as well!), have included an history of Santa Fe York Rite, and the relationship between York Rite and Grand Lodge at the beginning of New Mexico’s establishment of what Masonry today is in our jurisdiction.

If you have or know of such work that will contribute to the benefit of the Craft, PLEASE contact us and submit them.