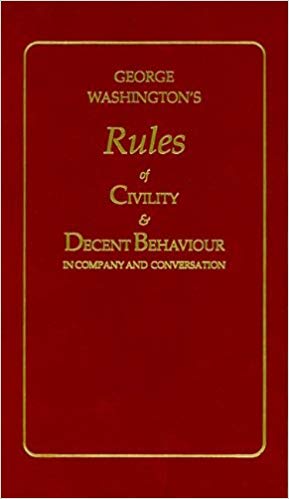 Illustrious Companion Adam L. Hathaway is a Past Grand Master of Masons in New Mexico and Grand Marshal of the Grand Council of Royal and Select Masters of New Mexico.

Good Companions and Brothers All,

As Most Puissant General Grand Master David Grindle has clearly instructed that the holy mandate of Cryptic Masonry is Preservation:of all things Masonic, of Truth and Virtue; and that this article will be posted in February, the month of President’s Day and Brother George Washington’s Birthday, it is fit and proper to discuss the iconic Washington’s Rules of Civility.

George Washington is the Mason’s favorite Mason. When we wish to assert the purity of the craft and depict its best qualities to a disparaging world, it is merely a matter of a short period of time until his name is mentioned and his character venerated. We hold him as the best brother among us and the best that we can strive to be. Oftentimes when Freemasons gather and speak wistfully of days gone by when words like Honor and Courtesy were well-understood and well-practiced, discussion naturally gravitates to the famous work, known commonly as Washington’s Rules of Civility.

In the pursuit of this discourse, we must make two clarifications: first, the document in its current iteration as published by the Mount Vernon Ladies’ Association is George Washington’s Rules of Civility & Decent Behaviour in Company and Conversation; and second, George Washington did not author the document.

Its 110 social maxims can be traced back to the Jesuit College of La Fleche, France, where Bienséance de la conversation entre les hommes (Goodness {decency, propriety} of Conversation Between Men) was written circa 1595 as a manual of etiquette. By 1641, the English Jesuit, Francis Hawkins, translated the work into English at age 13, using the title Youths Behaviour or Decency in Conversation Amongst Men. This title morphed over time to the more familiar The Rules of Civility and Decent Behavior in Company and Conversation. It should also be noted that over the centuries some of the phrases have been retranslated or reframed into the vernacular of the periods along with changes in grammar, spelling and punctuation.

In approximately 1744, at age 12, George Washington began his exercise of repeatedly copying the Hawkins translation of the 110 rules, ostensibly to improve his writing skills. Scholars disagree as to whether he was assigned this task by a teacher or if he chose to practice of his own volition. His taking the initiative to overcome obstacles is consistent with narratives depicting Washington as a young man being a self-starter and diligent in facing scholastic challenges. Washington’s numerous copies of this text as well as his letters written throughout the years illustrate that penmanship, grammar and writing in general, were severe challenges and that he continued to practice and improve over the span of his adult life. It is also noted that instead of participating in recess, he would often stay in class and focus on improving his math skills. Some considered him an unimpressive student while others praised him as one of excellence, because he refused to give up when challenged. “More than most, Washington’s biography is the story of a man constructing himself.” (Chernow, 2010). 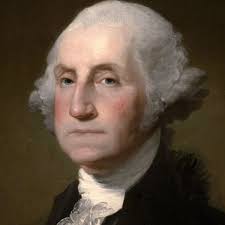 This article provides the background and sets the stage for how George Washington decided to live his life with deliberate intention and unrelenting honor. In the next issue of the Decryption, we will examine the 110 rules as a whole, their themes and their impacts on the Father of our Country during the month of his birth and celebration of his presidency.