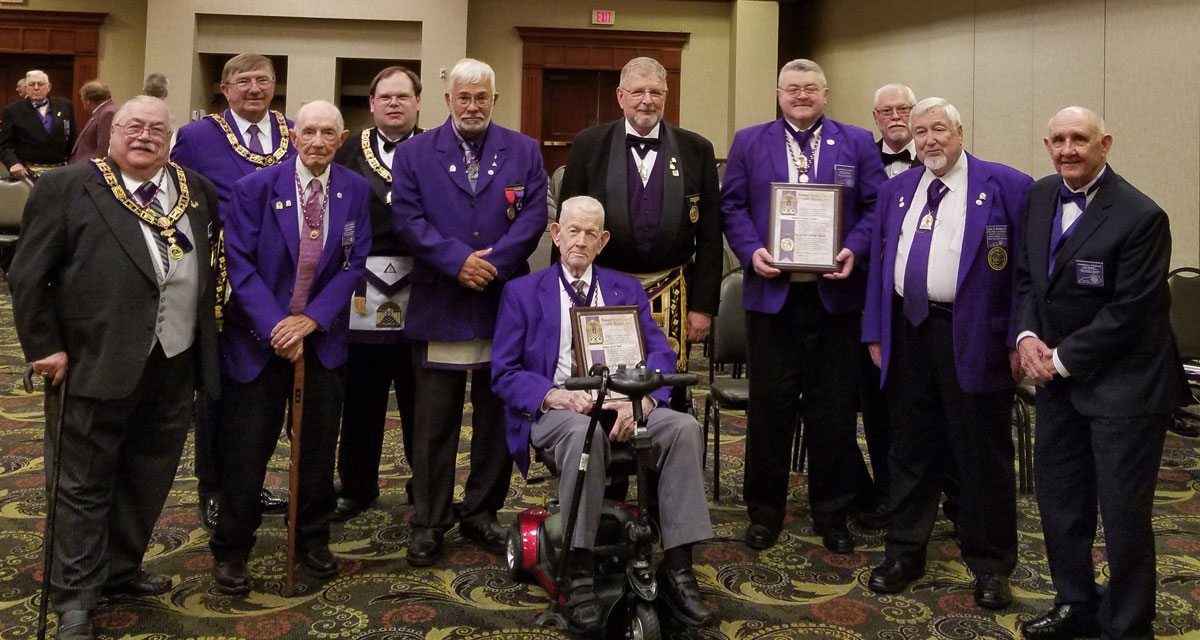 Here we are with the beautiful Fall days moving in and the gorgeous scenery that we see during this time of year.  It is a time of harvesting and plants and trees slowing their growth for the winter hibernation.  But we as Masons are generally becoming busier because we are picking up the work that we have laid aside for the summer.  We are reconnecting with friends we may not have seen for a couple or three months.  We are making new friends through our efforts to bring in new members.  We are looking forward to new leadership in organizations with upcoming elections in most jurisdictions.  These things can lead to a growing, vibrant organization.  But there are those who look and see the glass half empty because they see a dwindling membership and no sense of unity to carry on.

Recently, I attended a Grand Assembly where the leadership was pleased that they had a positive growth in their jurisdiction and they were preparing to expand up this good news.  The positive growth was small, but they took it as a positive sign of things to come in the future.

Another Grand Assembly, I attended, was looking for ways they could close the doors and not have a Grand Council.  The Grand Commandery is dependent upon Brothers becoming members of the Chapter and the Council to be members of the Commandery, and they are blaming the Council for their inability to increase their membership.  The Grand Commandery would like to remove the requirement to be a Council member so that they can get members directly from the Chapter.  Does this sound familiar?  I believe is was 18 years ago that Imperial Shrine removed the requirement to be a member of the Rites (Scottish or York) to be a member of the Shrine.  How well has that worked for them?  They are still struggling to attract new members.  What if the Grand Commandery were to work with the Grand Council in an effort attract members so that they could become members of the Noble and Magnanimous Order of the Temple; instead of bickering and trying to find fault with the Grand Council, why not help them succeed so that all of the stories are complete.  What a novel idea!!

I’m sure many of you have been to either High School Reunions, but have you attended a College Reunion.  Many of you Companions probably attended mega Colleges or Universities.  My University class had around 2,000 or more graduates on a warm June day in 1968.  We had around 150 classmates, spouses, and friends attend our 50 year reunion.  We heard that approximately 500 of our classmates had passed away.  The Campus has changed greatly over the last five decades.  Several years ago, they tore down Fraternity Row and the sorority houses and built new Greek housing.  (I lived a semester in one of those Fraternity Houses) Recently, they tore down the first coed quadrangle dormitory that was built on campus and the first dorm I lived in when I transferred there.  It was about 54 or so years old.  Its sister building still exists but has changed over the years and may not exist much longer.  A Brother in my fraternity has an annual brunch where any of the members may come by for a visit.  It was great seeing some of the friends that I hadn’t seen in 50 years.  It became a very small world when I found out that one of the brothers is the uncle of a newscaster that we watch nightly at home.  It was a great time and I plan to be at the next one in five years.

What does this have to do with Masonry?  We see the institutions that we have attended make changes so that they are viable in this day and age; so we need to learn from them and change so that we can attract men of quality to continue on our traditions.  We are not changing our ritual or our landmarks, but we need to change some of our methods and thinking to keep Masonry viable and alive.  I don’t have all of the answers, but I am willing to listen to what is happening and to discuss some things that might be tried to make those subtle little changes that make a difference.