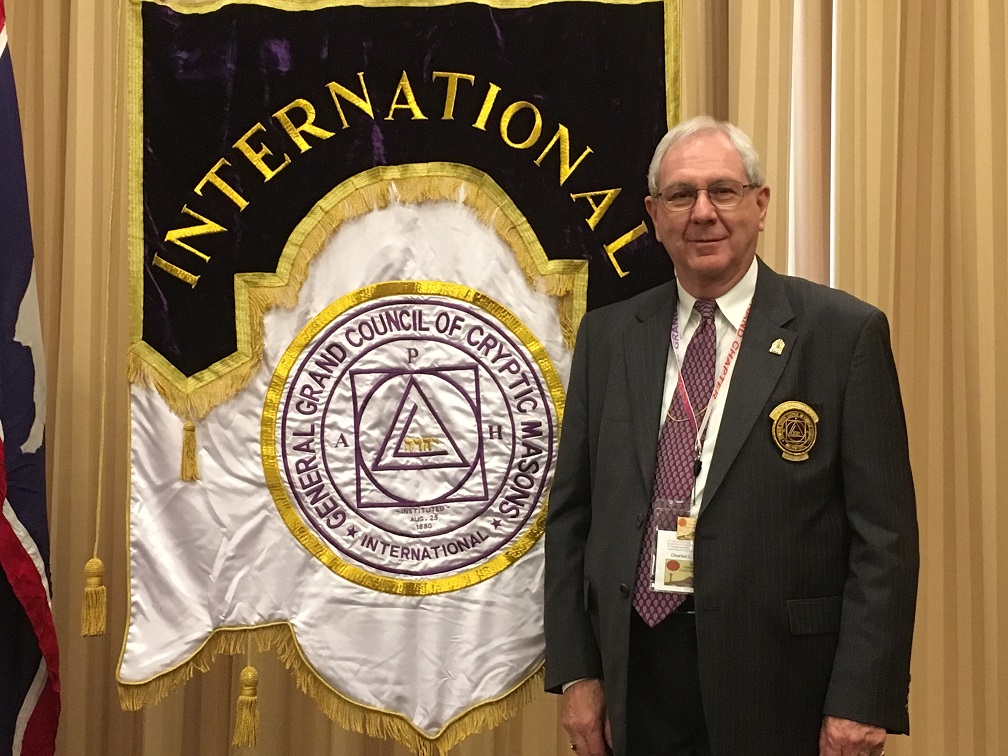 Charles L. Hollinger General Grand Treasurer, Cryptic Masons International. The 47th Triennium is approaching its culmination in September 2020. Your General Grand Council’s elected team has been earnestly planning for the next three years, facing new challenges with a world pandemic continuing to alter its operational methods. Its communications have improved greatly over the past three years with the advent of the Decryption newsletter, and with travel being curtailed by the Covid-19 virus, virtual meetings have transformed the way we communicate via cost effective meetings in lieu of traditional face to face meetings. This Triennial Grand Assembly will set the pace for future consideration of meetings in a milieu where international travel is restricted or cost-prohibitive.

During my tenure as General Grand Treasurer these past nine years and three prior as General Grand Steward, I have seen dynamic growth in membership, educational programs, awards, and improved communications within the General Grand Council. In addition to these improvements the General Grand Council’s Charity, CMMRF has grown its assets which have appreciated to a significant level of funding toward Vascular Biology research at the University of Indiana. As an active board member of the charity, I have actively promoted, traveled, and supported the purposes of the philanthropy throughout the four Trienniums – ensuring the funds of these entities were invested, financially sound, and meeting the board’s expectations.

I was privileged to have been instrumental in bringing Romania into the GGC fold as Most Illustrious Grand Master of Florida in 2002, and then assisting in the institution and installation of officers of a Grand Council in Brazil during the 42nd Triennial. Many valued lessons were learned under the GGC guidance of Most Puissant Past Grand Master Maurice “Bud” Himes, developing universal Masonry that continues to provide bonds of international friendship.

As it is the time to declare continuance of desire to serve the GGC in the capacity of General Grand Treasurer for another three years, and after due consideration of that intent I will not stand for re-election to the office. I am retiring the position and laying down the keys of the treasury to another person who will faithfully have the passion and zeal as I have for the organization. I know that change is good and fresh ideas are a key to the success of a newly assembled General Grand Council team, enabling it to continue to accomplish great things for the membership.

I have enjoyed the opportunity you all have provided me to contribute to international brotherhood and the General Grand Council. I appreciate your support and faith in me to have held such an honorable office among this great fraternity. It has been a pleasure and honor to serve you and the General Grand Council – Cryptic Masons International. The friendships and camaraderie developed and fostered throughout these memorable years are cherished and will continue to flourish. I look forward to seeing you virtually in September 2020. As our General Grand PCW has stated “Yet, much more remains to be done.” I remain…