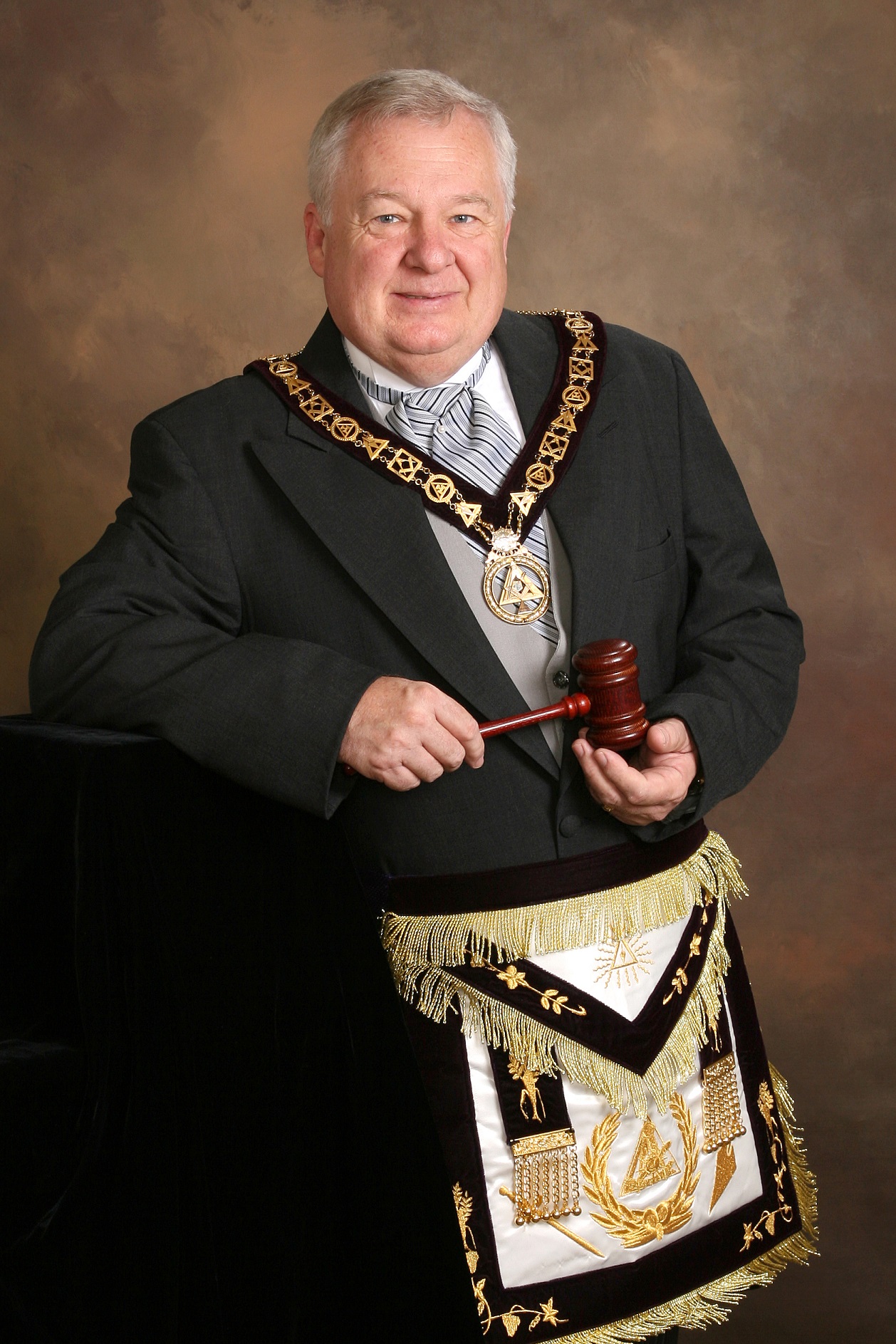 On October 4, 2021, Adoniram Council No. 131 convened and opened a special assembly at Great Wolf Lodge in Mason, Ohio for the purpose of hosting the 192nd Annual Assembly of the Grand Council of Royal and Select Masons of Ohio, with Illustrious Master Gregory B. Clatterbuck presiding and all officers present. After an excellent opening, Illustrious Companion Clatterbuck invited Most Illustrious Companion Michael A. Smith and his 2020-2021 corps of Grand Officers to enter. After receiving the Illustrious Grand Master and Grand Council Officers he relinquished the chairs to the Grand Officers.

Distinguished Visiting Companions from Ohio and other Jurisdictions were introduced, received and given a warm welcome by Most Illustrious Companion Smith as listed below;

From York Rite College of North America—David A. Whiley, Grand Governor of Ohio

From Ohio Priory No. 18—Eminent Prior Vater D. Webb and 3 Priory Officers

From Other Jurisdictions—17 Visitors including the Illustrious Grand Masters of Kentucky, Indiana, Michigan and New York.

There were 22 Grand Representatives of this Grand Council present.

The welcome was brought by Companion and State Representative P. Scott Lipps, a member of Adoniram Council from the 62nd House District, Ohio House of Representatives. The reply was given by the Deputy Grand Master, RIC David G. Weimer.

RIC Michael L. Terry, GPCW introduced Companion Scott Buchanan, CEO of the Masonic Home who brought greetings from the home and information on projects that were being done.

Regrets were read from Past Grand Masters and Grand Officers from other Bodies who could not attend.

The annual election was held and the below listed officers were elected to serve this Grand Council for the ensuring year:

Remarks were given by Douglas Kaylor, AASR—Monty Glover, GGC and Ken Simmons, IGM of Michigan.

The financial report was given by the Grand Treasurer, MIC Robert R. Rettig.

MIC Gary Wyne, Chairman of CMMRF, the Charity of the General Grand Council gave a report on its progress and made a plea for donations. MIC Stephen Hill made a motion for Grand Council to match all donations collected. Motion passed.

The Chairman of Jurisprudence presented legislation concerning a per capita dues increase. A motion was made to vote on the legislation at the Tuesday morning session. The motion passed.

A meeting of the Grand Council Benevolent Fund was opened and various awards were presented by MIC Smith.

On Monday afternoon the order of the Silver Trowel was conferred upon 28 candidates and a School of Instruction was held under the direction of the Grand Sentinel.

On Tuesday morning a meeting was held of the Grand Council Benevolent Fund, Inc..

The president stated the Benevolent Fund meeting was adjourned.

The Grand Master called the 192nd Annual Assembly to order.

RIC Ronald Myers gave a report on the school of instruction. The report of the Order of Silver Trowel was given by MIC Ricard A. Amlung.

MIC William R. Eagle gave the final report of the Jurisprudence Committee. A motion was made and seconded to pass the proposed legislation which required a 2/3 majority to pass. A count was taken of the companions and the Legislation listed below passed.

The Grand Master presented Arch Gavels and Honor Bibles to the recipients. He also presented Certificates to the retiring Arch Adjutants.

The final report of the Credentials Committee was given by IC James Stephens. There were 215 delegates in attendance.

The Grand Master called on Right Puissant Companion T. Thomas Taylor, GGPCW, for comments who gave an inspiring speech and thanked the Companions of Ohio for their generous support of the General Grand Council’s charity.

RIC Darrell Reed announced that the 193rd Assembly of the Grand Council would be held at Kalahari Resort in Sandusky, Ohio on October 2,3 and 4th, 2022.

The Grand Master called on the installing officers consisting of;

After the installation ceremony MIC Weimer thanked the Installing team, issued proxies to the Arch Inspectors, commissions to the Arch Adjutants and after brief remarks declared the Grand Council and Adoniram Council closed.

A special thank you from the Grand Recorder to IC Gregory Clatterbuck, Kathleen Clatterbuck and Betty Rettig for their help in the Grand Council Office. 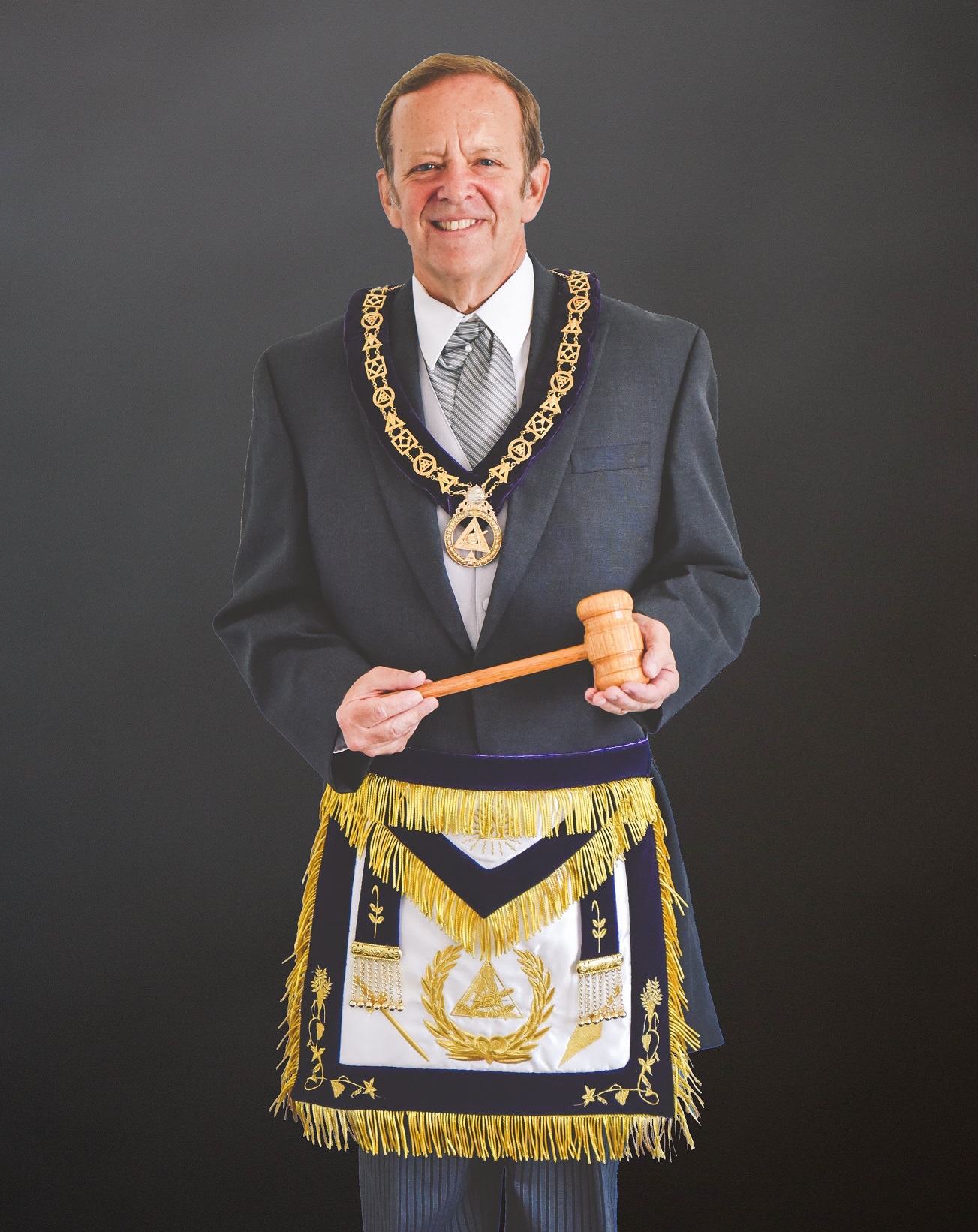 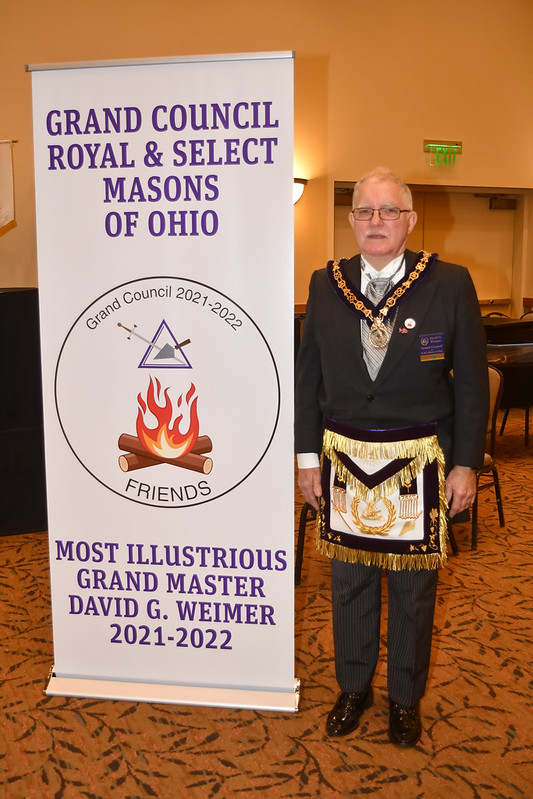