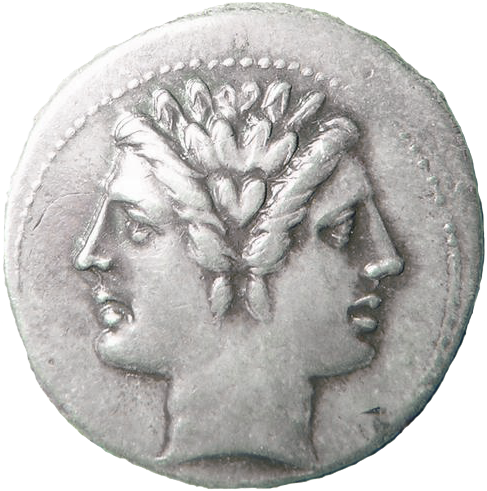 Janus was the Roman god of beginnings and transitions, including gates, doorways, and passages. He was represented as having two faces: one faced the past and one faced the future. Very often, his image was displayed over a doorway, with one face on each wall. Thus he could see who was coming in and who was leaving a building. His gate at the Roman Forum was open in time of war, that he might go forth to defend the city; it was closed during times of peace.

Ahishar was supposed to be doing the same thing for King Solomon, but he fell asleep at his post. He was guarding the passageway to the arches, to keep out the unworthy. Only those selected for that particular work were to be allowed to pass his post. But, mentally at least, he was away for his post. His mind had wandered; he had lost interest in what he had been doing. He let down the people who were depending on him, and he paid the price for his failure.

Think about what you can do to help your Companions stay awake during an Assembly. York Rite Masons pride themselves on continuing their Mason education. Perhaps you can do a little research, and give a short talk or present a short paper on some Cryptic topic. It doesn’t have to be an over-the-top, six-hour oration on the name of your council or an in-depth study of the various Masonic titles we use. It could be as simple as calling an older Companion, one who doesn’t drive at night (or at all anymore), and offer him a ride.

A mosaic is made up of many tiles and pieces of tiles in different colors and shapes that together make a picture, a scene, an illustration. From the very beginning of your Masonic education, you learned that Masonry is illustrated with symbols! Every piece of Masonic knowledge you share with your Companions adds another tile in the Masonic Mosaic. Up close, you can’t always tell what the mosaic represents, but as you step back your eyes can see the pattern.

A Tyler guards to door to a Lodge, but a tiler finishes its adornment.