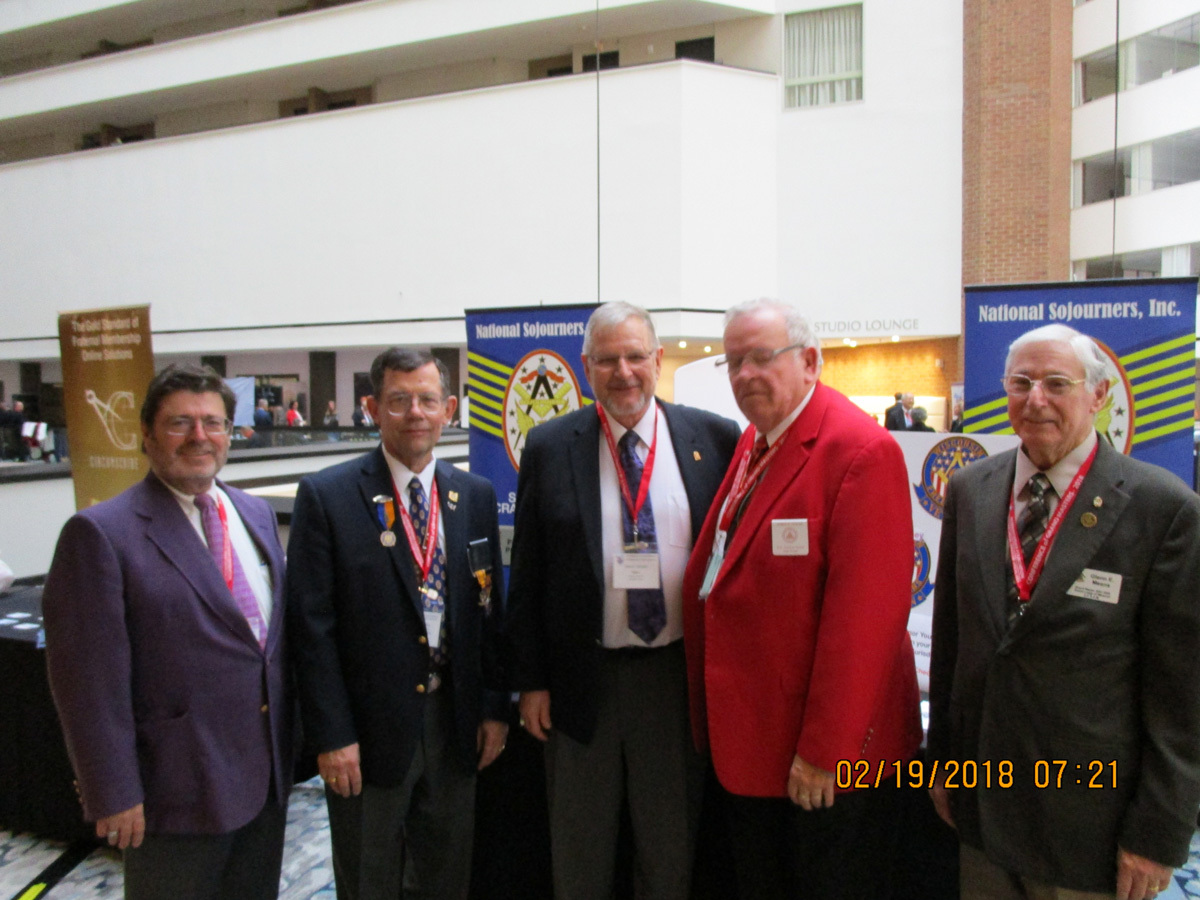 The CMMRF Board of Trustees met in Indianapolis in early February.  A large part of the day-long meeting was dedicated to presentations by the Indiana University School of Medicine Dean, department heads, and researchers.  During the closed business portion of the meeting, the board voted that for the year 2018 we will continue to support the efforts of the Indiana Center for Vascular Biology and Medicine.  We have specified a limited number of areas to be worked on.

I have attended two major Masonic Conferences in the last two weeks.  The General Grand Principal Conductor of the Work and I spent three days in Crystal City, Virginia, at the Annual Masonic Week sponsored by the Grand Council of AMD, USA.  Following that, Right Puissant Companion William Snyder and I attended the Conference of Grand Masters of North America in Indianapolis.  At both of these meetings, many conversations were held which involved talk about membership.  Many ideas were presented.  Two of these ideas follow.

First, how many Lodges, Chapters, Councils, or Commanderies are located in College/University cities?  One idea was for the Council to assist the Lodge in advertising and participating in an information night for the students of the school.  These advertisements should be placed in men’s dormitories and fraternity houses.  The fraternities should be a very lucrative place because the men that join them are looking for group dynamics.

Second, why are we loosing so many members for not paying their dues?  Have you ever thought of conducting an exit interview?  Without one, we will never know the reasons that brothers leave the fraternity.  The idea of the interview is to gather information rather than to try to convince the member to change his mind.  Although, if the data indicates that they left because of a conflict or a lack of commonality, perhaps they might be interested in forming a new group whether it be a Lodge, Chapter, Council, or Commandery.  If you could get 15 Brothers or Companions together that have common desires, grant them a dispensation to meet and let them go.  You might be amazed.

Ponder these ideas.  They may not work for everybody, but they might be worth a try.