Submitted by Will Highsmith, Editor, Decryption 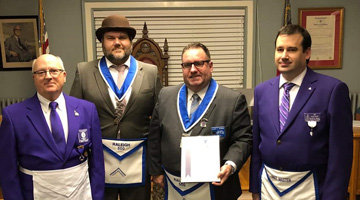 On Tuesday February 18, the First Responders Award was presented to Brother Lloyd Carl Johnson who is currently serving as Junior Warden. The award was presented during a Stated Communication of Raleigh Lodge 500, Grand Lodge of North Carolina AF&AM. Worshipful Master Justin Eldreth had the Marshal conduct a very confused Brother Johnson to the West Side of the Altar where he stood for a moment until Companions Will Highsmith and Craig Horton explained why he was standing there and presented the award. Brother Johnson was surprised by the award as were most of the Brothers in the room.

Brother Johnson is currently serving as a Captain for the City of Raleigh Fire Department and has been a firefighter for 27 years. Brother Lloyd Johnson stated that he would treasure the award and really appreciated being thought of. 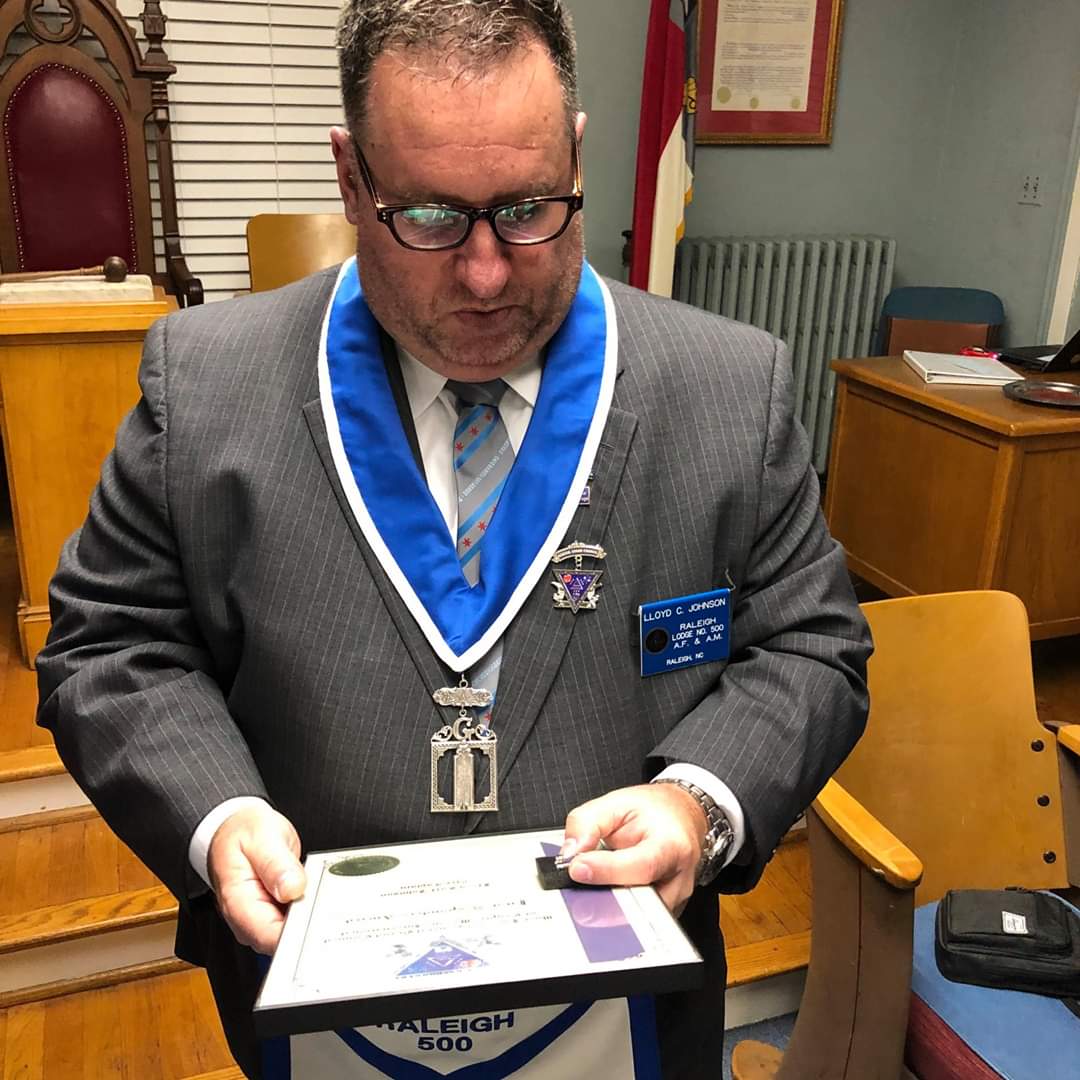 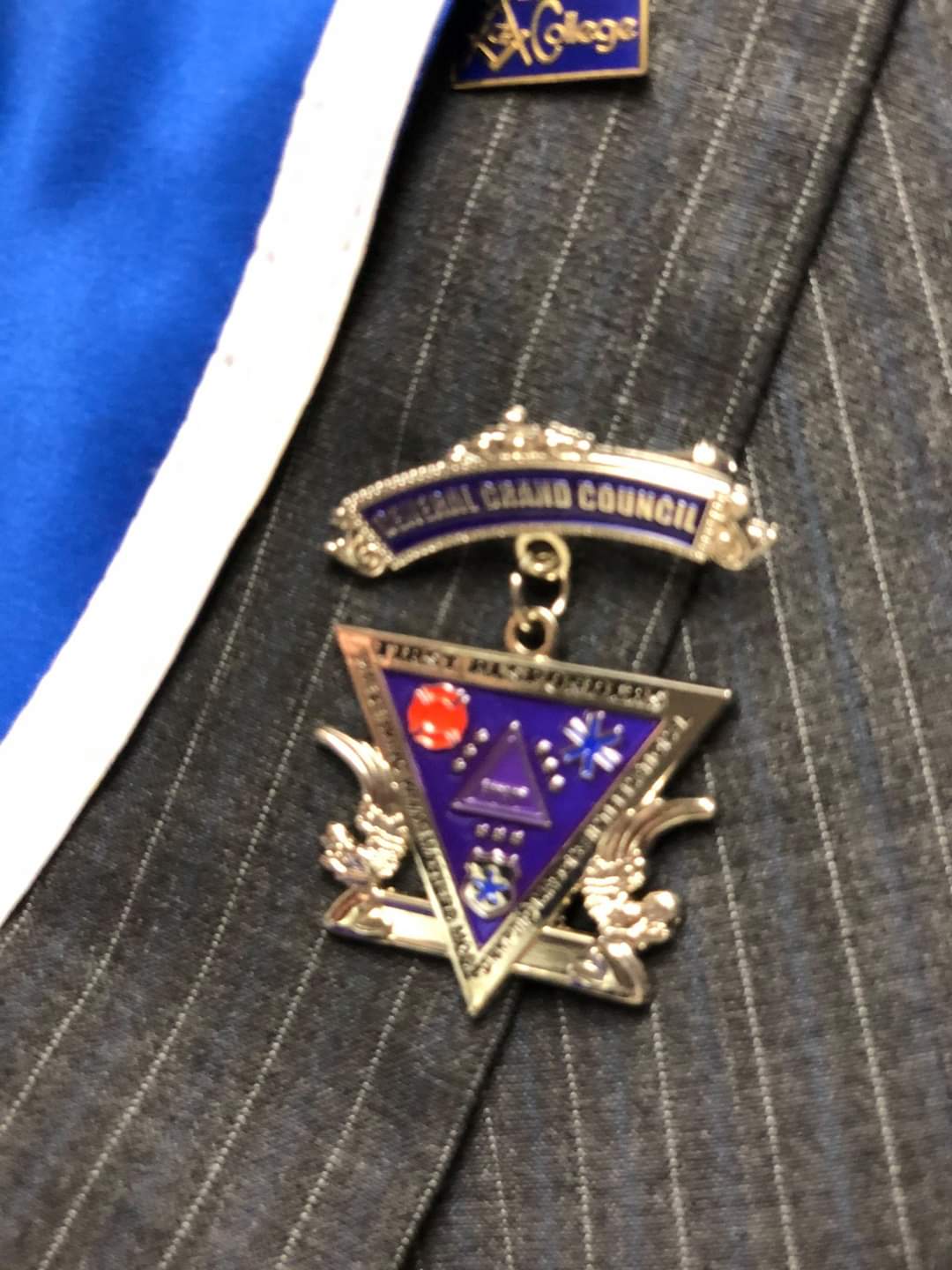 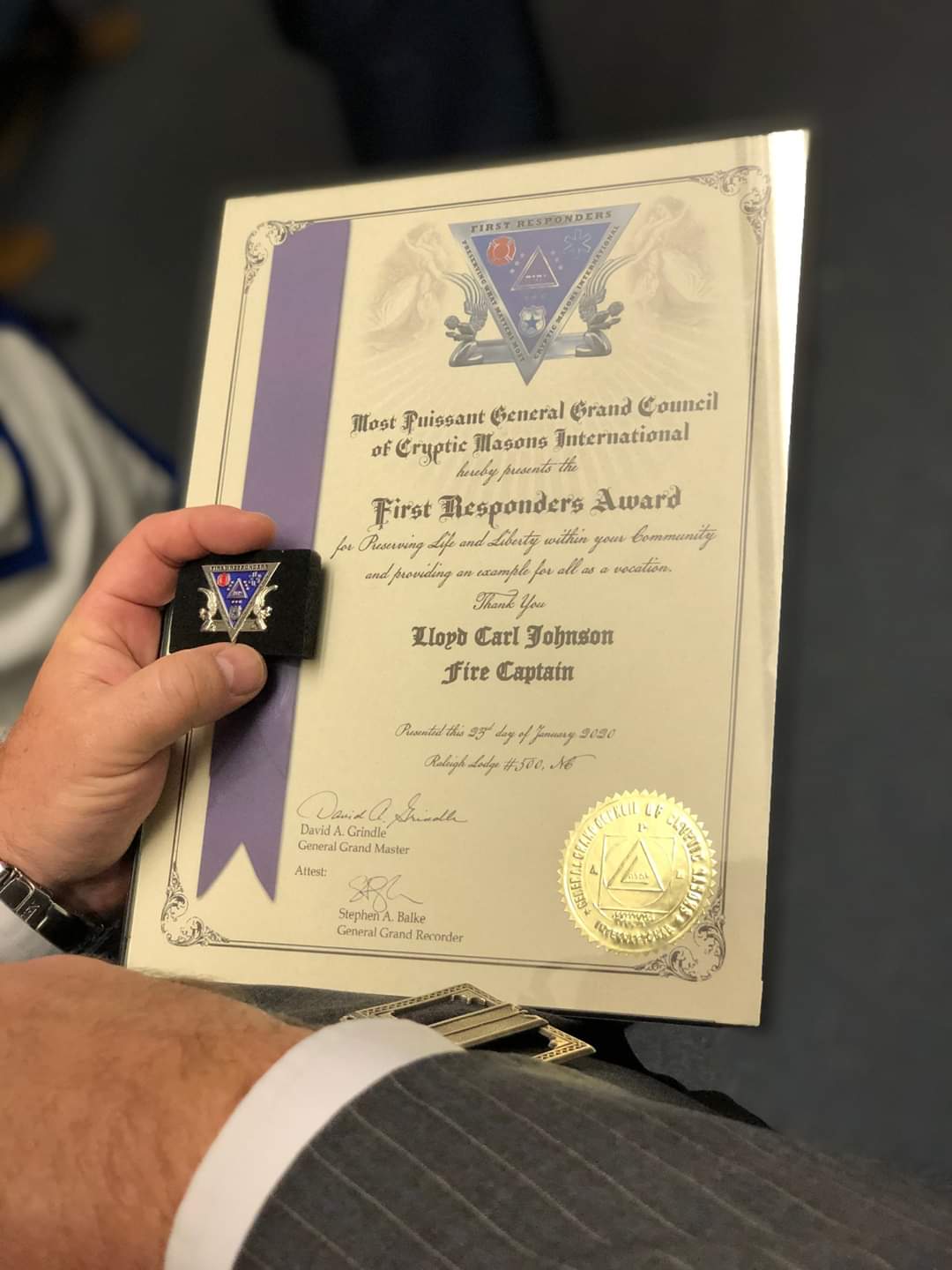