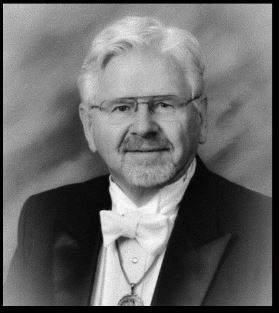 We look forward to having you join us as we offer our final expression of respect for our departed Brother.

Most Worshipful Brother Kenneth D. Fuller passed to the Celestial Lodge Above on February 2, 2021 from a stroke. He was 74-years-old.
He was born in New Britain, Connecticut on December 1, 1946 to Kenneth E. and Eleanor Seeds Fuller of Plainville, Connecticut. He attended Plainville Schools and graduated from Plainville High School in 1965, and from Davidson College in 1969.

Reverand Fuller graduated from Harvard Divinity School in Cambridge, Massachusetts in 1972 and was immediately called to his first pastorate at the Williamstown Congregational Parish in Massachusetts, where he was ordained in the United Church of Christ in October of that year. He spent a great part of his life serving churches of his denomination in Massachusetts, Vermont, New Hampshire, and Maine. On May 31, 2011, he retired from that pastorate and moved to Federick, Maryland.

While in High School, Brother Fuller became a member of Plainville Chapter Order of Demolay, becoming Master Councilor in 1964. Later, he received the Chevalier Degree and was an active member of the DeMolay Legion of Honor.

Bro. Fuller applied for the Degrees of Freemasonry through William R. Singleton-Hope-Lebanon Lodge No. 7 on March 12th of 1998 and was raised to the Sublime Degree of Master Mason on September 10th of 1998. Fuller served as the lodge’s Master in 2005 and was later elected Junior Grand Steward of the Grand Lodge of the District of Columbia in 2006. He subsequently advanced to Junior Grand Deacon until he was called to lead a Church in Connecticut, where he affiliated with Frederick-Franklin Lodge No. 14 in Plainville, Connecticut and of Lee Council No. 25 in Collinsville, CT.

He returned to D.C. in 2011, was elected Senior Grand Deacon and continued his service as an Officer of the Grand Lodge. In 2016, Most Worshipful Brother Fuller was elected Grand Master of Masons of the District of Columbia. During his year as Grand Master, he was a champion for equal rights in the Craft and held several educational events. He also organized a popular jurisdictional ritual competition.

Companion Fuller joined the York Rite bodies in October 1998 through William R. Singleton Chapter No. 4, Royal Arch Masons. He also joined Washington Council No. 1, Cryptic Masons, and applied for the Orders of Templary through Washington Commandery No. 1 in January 1999. He later served as their Commander in 2001 and Recorder between 2003 to 2009, in addition to his stint as Recorder for Marvin E. Fowler Commandery. Affectionally referred to as a “4-star General”, he had the honor and distinction of simultaneously being the grand presiding officer over the Grand Lodge and the three York Rite Bodies – Grand Chapter in 2007, Grand Council in 2018, and the Grand Commandery in 2003-2004.