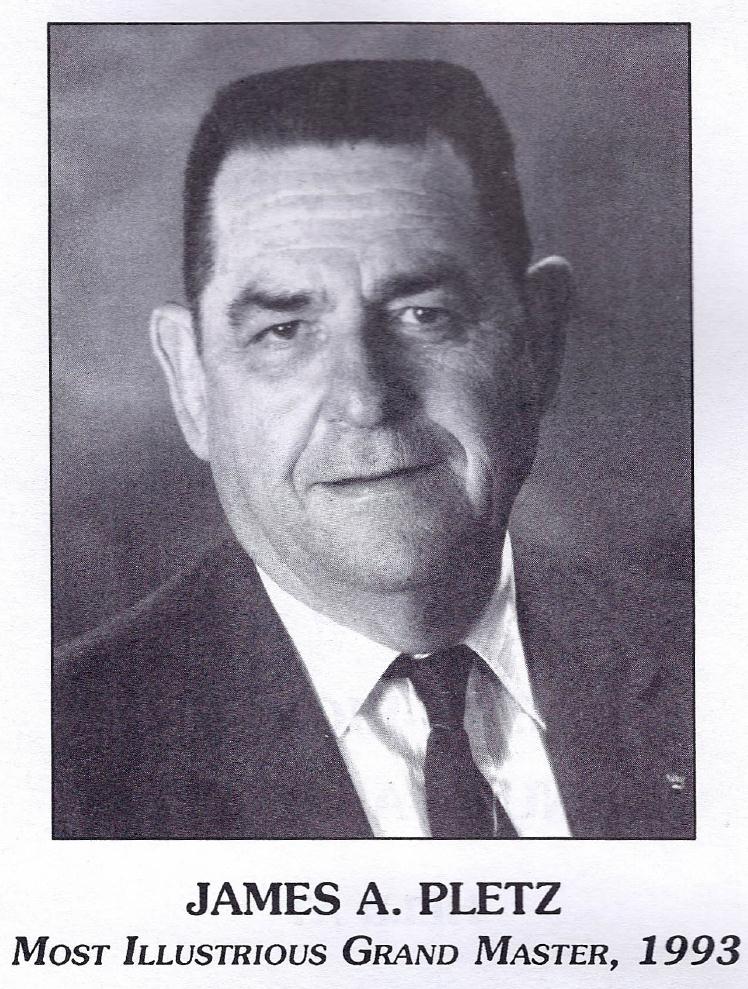 Born March 10, 1928 in Penbrook, Harrisburg, Pennsylvania, the youngest of five children of Irvin Albert and Ruth Salome (Alleman) Pletz. He attended the public schools in Penbrook, Harrisburg until March, 1945 when he enlisted in the U S Navy. He served four years attaining the rank of Hospitalman 2nd Class. He began his college education at Otterbein College in Westerville, Ohio, transferring in his sophomore year to Franklin and Marshall College in Lancaster, Pa where he received a Bachelor of Science Degree in Chemistry in 1953.

On June 23, 1951 he married Shirley Marie Polleck of Harrisburg, and together they raised a family of three girls and three boys: Phyllis, David, Susan, James, Dean, and Margaret. The Pletz’s are members of the Presbyterian Church of the Covenant. He is survived by Phyllis, James (Ellen), Dean, Margaret (David), grandchildren Brian (Adrianne), Amy (Justin), Sarah (Nate), Christie, Jacob, and Sam, and great-grandchildren Kayleigh, Alex, and Savannah; all of whom he loved dearly.

He began his professional career as an Analytical Chemist with DuPont working at the Savannah River Plant and then the Chambers Works plant. In April 1959, he joined Thiokol Chemical Corporation in Elkton, Maryland, where he was involved with many significant scientific space propulsion programs. For his work on the Delta program, he was awarded NASA’s Meritorious Public Service Award. He progressed through various levels of Management retiring with 31 years of service in April 1990 as Director of Manufacturing. He appreciated the many long lasting friendships that he developed amongst his colleagues at Thiokol.

He was a lifetime active member (53 years) of the Brandywine Hundred Fire Company joining on March 1, 1967 and serving as president in 1973. He also served two years on the Board of Directors, was a Fire Policeman and was the Fund Drive Chairman.

In the York Rite he was exalted a Royal Arch Mason on November 16, 1971 and served as High Priest of Brandywine Chapter in 1974, was Grand High Priest of RAM of Delaware in 1983-84; greeted as a Select Master on April 29, 1978 and served as Illustrious Master of Gunning Bedford Council in 1988, and was Most Illustrious Grand Master of the Grand Council of Cryptic Masons of Delaware in 1993-94; was created a Knight Templar in April 1976 and was Eminent Commander of St. John’s Commandery No. 1 in 1989, was a charter member of Trinity Commandery No. 3 when it was chartered in 1991, served as Commander in 1993, and served many years as Recorder. He was Grand Commander of the Grand Commandery of Knights Templar of Delaware in 1998. He was made a Knight of the York Cross of Honour in Jesse Green Priory # 70 in 1990 and served as Eminent Prior in 2000. He was the recipient of the General Grand Chapter Distinguished Service Medal in 1979, the General Grand Council Cryptic Mason of the Year Award in 1989, and the General Grand Council Adult Leadership award in 1990. On March 10, 1995 he received the F Irving Crow York Rite Award of Honor. On March 8, 2002 he received the Knight Commander of the Temple Award.

In the Scottish Rite he was made a Sublime Prince of the Royal Secret 32° in 1982 and served as Most Wise Master of Wilmington Chapter of Rose Croix in 1988. He served as Chairman of the Assimilation Committee for three years. He also served on the Trustees of the Scottish Rite Bodies of Delaware for six years, three years as its Chairman. He was coroneted an Honorary Thirty-third degree Mason at the Supreme Council meeting in Atlantic City, New Jersey in 1999.

In lieu of flowers, contributions may be made to the Brandywine Hundred Fire Company or a charity of your choice.

The family wishes to express our profound thanks to the members of the staffs of Fresenius and Christiana Care Healthcare Systems and his doctors at Nephrology Associates and Christiana Cardiology Care Consultants for the loving care they provided Jim during his illness.

There will be an opportunity to share your feelings with the family at the Presbyterian Church of the Covenant on Duncan Road, on Saturday June 13th between 1:00 – 4:00 PM with a brief memorial service thereafter. Interment will be private for family only and will be in Rolling Green Cemetery, 1811 Carlisle Road, Camp Hill, PA  on Monday June 15th at 11:00 AM.