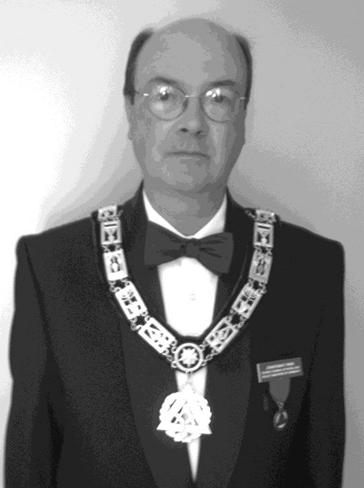 With profound sadness, and with a very heavy heart, I unfortunately must notify you of the loss of Brother, Companion and Sir Knight Jonathan P. Park this morning due to injuries suffered in an automobile accident earlier this week.

Brother Park served the Grand Chapter of Vermont Royal Arch Masons as the Most Excellent Past Grand High Priest in 2015, The Grand Council Royal and Select Masters of Vermont as Most Illustrious Grand Master in 2012, and as the Grand Commander of the Grand Commandery of Vermont in 2016. In addition he served as Governor of Green Mountain York Rite Sovereign College and was awarded the Purple Cross in Vancouver British Columbia. He served as Puissant Sovereign of St. Helena Conclave and as Intendent General for the State of Vermont. He was a Past Prior of Vermont Priory Number 45, Knights of the York Cross of Honor. Companion Park received the General Grand Chapter Ritual Award in 2015 and the General Grand Chapter Distinguished Service Award in Bronze in 2009. Companion Park was selected as the Cryptic Mason of the Year in 2009 by his fellow Companions in the Grand Council of Vermont. In addition he was awarded the Silver Towel by the College of Preservation in the Grand Council. I’m sure I have missed other awards and honors and I ask that you please accept my apologies for any omission.

Brother, Companion and Sir Knight Jonathan was an excellent ritualist who was well known through the Northeast for his degree work and orders. I’m sure many of us have enjoyed working with him in many of our Chapters, Councils and Commanderies and always appreciated the degree of professionalism displayed in all his work.

His widow, Linda, has notified me that Jonathan wished Masonic Services as well as a church funeral service. Due to the Covid pandemic, Linda and her children are still in the planning stages, and as I learn more details, I will pass them on.

It is suitable, as this time, that we should be silent, and let the words of the Infinite and Undying speak, that we may gather consolation from His revelation, impress upon our minds lessons from His wisdom and learn the necessity of preparation for the last great change which must come upon us all. Let us be reverently attentive while we read lessons from the Holy Scriptures.

Let not your heart be troubled. Ye believe in God, believe also in me. In my Father’s house are many mansions; if it were not so, I would have told you. I go to prepare a place for you, I will come again and receive you unto myself, that where I am, there ye may be also. John 14: 1-3

I am the resurrection and the life saith the Lord. He that believeth in me, though he were dead, yet shall he live; and whosoever liveth and believeth in me shall never die. John 11:25-26

With the deepest sadness,

Jonathan Prouty Park, 65, died Thursday morning, July 23 at the Jack Byrne Center in Lebanon, following injuries from an automobile accident. Jon was born in Exeter, NH on June 14, 1955 the son of Wisner I. and Katrina (Sibley) Park Fogarty. He grew up in Exeter and graduated from the Pillips Exeter Academy and he received his bachelor and doctoral degrees in Biological Sciences from Dartmouth College.

Dr. Park was employed at the Dartmouth-Hitchcock Medical Center from 1978 to 2016. Most of his career at DHMC had focused on Clinical Genetics. Most recently, Dr. Park had also assumed the role of Manager of Laboratory Medicine

Jon served on numerous professional boards including as director of the National Certification Agency, member of the college of American Pathologiests and the American College of Medical Genetics Cytogenetics Committee, member of the laboratory Expert Advisory Panel of the Joint Commission on Accreditation of Healthcare Organizations (JCAHO), governor of the American Society for Clinical Pathology Board of Certification, director of the Council of Medical Genetics Organizations and the Foundation for Genetic Technology, and director of the Association of Genetic Technologists for whom he served as President, and from whom he received the Outstanding Achievement Award. Scientifically, Dr. Park as published over 100 articles in peer-reviewed journals.

In 1980 he married Linda Smith and they remain, since their retirement, in the home they built in Norwich, Vermont in 1981. They have two children, Justin and Hilary. His son Justin is an environmental attorney. He is married to Anna, a pediatrician, and they have one daughter: Abigail. His daughter Hilary is a Nurse Practitioner and lives in Texas with her husband Will. Jon is also survived by two brothers, David and his wife Anne, of Campton, NH and their two sons Nicholas and Jeffrey, as well as his brother Charles, and his wife Judi, of Hampton, NH and their daughter Elizabeth.

Jon was an extremely active and devoted member of the Free and Accepted Masons. In 2004 Park was raised to the sublime degree of a Master Mason in Temple Lodge #54 in South Strafford, where he became Master in 2011 and again in 2015. Park has also served the Grand Lodge of Vermont as District Deputy Grand Master (9). Park joined the York Rite in 2005, and has served as High Priest of Mount Lebanon Chapter #13 in Bradford and as High Priest of Granite Chapter #26 in Barre, as Thrice Illustrious Master of Barre Council #22 and as Commander of Saint Aldemar Commandery #11. Park has served as Most Illustrious Grand Master of the Vermont Council of Royal and Select Masters, and as Most Excellent Grand High Priest of the Vermont Chapter of Royal Arch Masons.

Sir Knight Park is a member of the Convention of Anointed High Priests and the Order of the Silver Trowel, an officer of the Knights of the York Cross of Honor Vermont Priory #45, member of Knights Masons Scenic Council #37, and the Royal Order of Scotland. Park is Past Sovereign of the Red Cross of Constantine Saint Helena Conclave #3, and past Governor of the Green Mountain York Rite College #139.

Park is the recipient of the General Grand Chapter Distinguished Service Award, the Grand Chapter ritual Award, the Cryptic Mason of the Year Award, Knight of the Secret Vault, the Knights Templar Cross of Honor, and the Order of the Purple Cross (2016).

A graveside services including Masonic Services will be held Wednesday, July 29 at 11AM in the Union Village Cemetery in Union Village, Vermont.

Following Covid 19 guidelines, masks and social distancing will be required. Attendees are encouraged to bring their own chairs, and umbrellas if inclement weather.

Condolences to Jon’s family may be made at an online guest book at www.knightfuneralhomes.com

In lieu of flowers donations can be made to: