Our leadership consists of over 100 Companions who dedicate their time and effort to ensure that our organization fulfills its mission and continues to operate.  Each position is filled for a period of three years that starts and ends at the Triennial Assembly of the General Grand Council (Next Triennial is September 24-29, 2020). For more or more specific information as to the duties and prerogatives of any of the following offices, please see our Constitution and Bylaws for further clarification. 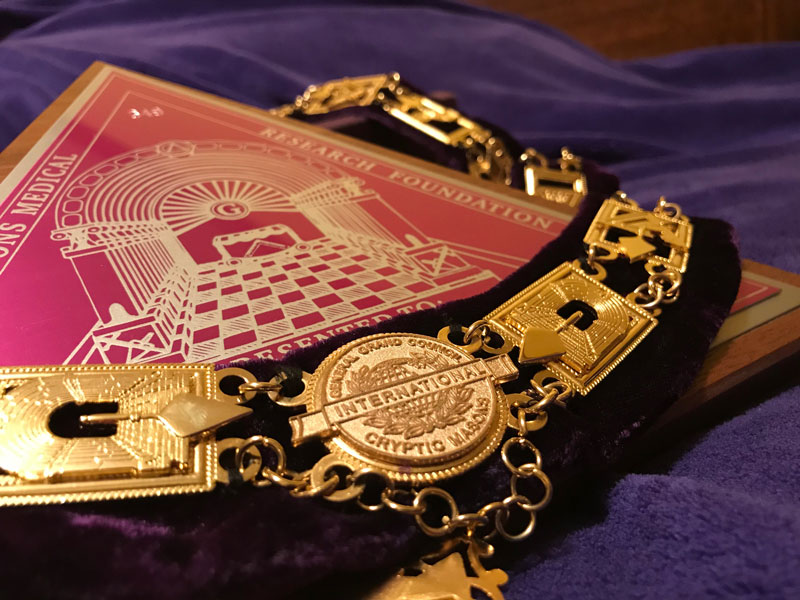 Other responsibilities include participation and direct management positions in the charitable foundation, General Grand Council Funds, and internal associations that have been established over the lifespan of Cryptic Masons International. Each of the Trustees is a member of and holds the leadership positions ex-officio for the Board of Trustees of the Cryptic Masons Medical Research Foundation (CMMRF). Aside from the operation accounts, they steward and direct policy that promotes the growth of the Corporate Fund (referred to as the General Grand Council Corporate Foundation), the Operational Fund, and the Permanent Memorial Fund (Life Membership Fund). Management of the College of Preservation, an association established in support of the Corporate Fund is also directly managed, primarily by the General Grand Master.

Other responsibilities include participation in the management of the various associated business centers of Cryptic Masons International. They are ex-officio members of the Board of Trustees of CMMRF. They establish, maintain, and report on the accounts for the Funds managed by the General Grand Council. They act as a part of the membership approval committee and as Deans of the College of Preservation.

Officers of the General Grand Council 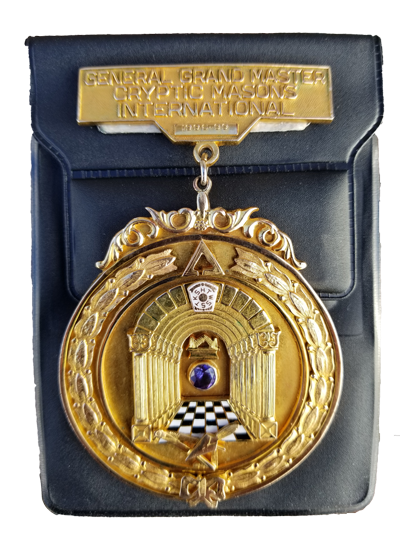 After serving the General Grand Council for an average of twelve years, which MUST be preceded by serving their jurisdiction as Most Illustrious Grand Master (and a local council), these Most Puissant Companions are found in various positions continuing to support Cryptic Masonry. Aside from being “Elders” and offering assistance and the benefit of their experience, they continue to serve as Trustees on the Board of CMMRF and often continue to work with the current leadership to follow through and support ongoing programs.

Most Illustrious Past Grand Masters (not required in jurisdictions outside the United States) may be asked to become the deputized representative of the General Grand Master for one of our Regions. Working with their counterparts in General Grand Chapter and Grand Encampment, and/or the affiliated/constituent bodies in their Region to facilitate the York Rite Conferences and availability of the York Rite Leadership Program are their primary tasks. Working with the Ambassadors for each jurisdiction in the Region to ensure the appropriate communication of events and news is shared is another. You may also see them representing the General Grand Master, providing support to other visiting General Grand Officers, investing new  Companions of the Secret Vault for the College of Preservation, or presenting for local or Grand Councils in their region.

The General Grand Master appoints a General Grand Council Ambassador to each of the affiliated jurisdictions and many of those that are not. Most are either Most Illustrious Past Grand Masters or currently working through a Grand Council in a leadership position. As the main liaison to a jurisdiction, they are often the Companion who does “whatever is needed”, but specific requests include directly reporting to their RDDGM or the Craft in general what is working (or not) and special events and activities that should be known or promoted, ensuring the accommodations and schedule of visiting Cryptic dignitaries to their jurisdiction, and working with the Most Illustrious Grand Master and Grand Recorder to ensure that the Grand Assembly information is available for travelers.

The General Grand Council has many Standing and Special Committees, each with a set of designated tasks to perform in support of the activities of the General Grand Council. Often, Companions serving on these committees are skilled or conversant in the areas of operation of the committee and are volunteering their time and expertise for the betterment of Cryptic Masons International.