Passing of MI Bill Price, PMIGM of California and Ambassador to California-North 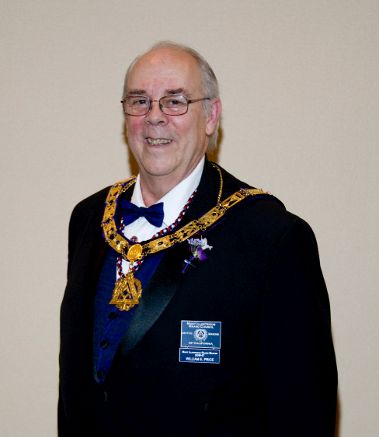 In case you do not know, Most Illustrious William E. “Bill” Price, PMIPGM, KYGCH, Ambassador to California-North for the General Grand Council of Cryptic Masons, International, KCT, Grand Director of Ritual for the Grand Council Cryptic Masons; General Secretary 33°  for all bodies for the Scottish Rite in Burlingame; and Secretary/Recorder for all three York Rite Bodies: King Solomon’s Chapter No. 95, California Council No.2, and Golden Gate Commandery No, 16, passed on to the Grand Celestial Lodge on Saturday, August 17, 2019 around 10:30 P.M.

Lady Janet has provided the following information about Bill’s condition and Celebration of Life to be held on September 21, 2019 at 6 pm:

“Around June Bill was getting very pale, almost grayish, tired all the time. Turns out he had a 11.4cm X 8.5cm mass inside of his stomach that was bleeding.  After an x-ray, CT scan and an endoscopy the tests revealed several enlarged lymph nodes in addition to the mass. On July 23 he was diagnosed with stage 4 Mantle cell lymphoma. He had 2 rounds of chemo. It was to be 4 week cycles for 6 months.

I had to take Bill to the ER on Saturday 8/17- he was struggling to catch his breath.  Just getting dressed, or walking to the bathroom & back had him gasping for air.  He had been taken off blood thinners (for his atrial fibrillation) a month ago because of the cancer mass that was bleeding in his stomach.  I lost him that night from blood clots that entered his heart.

I find some peace that God in His mercy took Bill home that night as to not have him suffer from the cancer.   A celebration of his life will be held at Burlingame Masonic Lodge on Saturday, September 21, 2019 at 6:00pm

Please honor my family wishes for privacy.  Notes and cards to our home are preferred and would be much appreciated.In lieu of flowers, Bill would’ve preferred donations in his name to Cryptic Masons Medical Research Foundation (CMMRF) sent to Tiny Potter.

Thanks for your thoughtfulness and consideration in this difficult time for all of us, especially Janet and family. 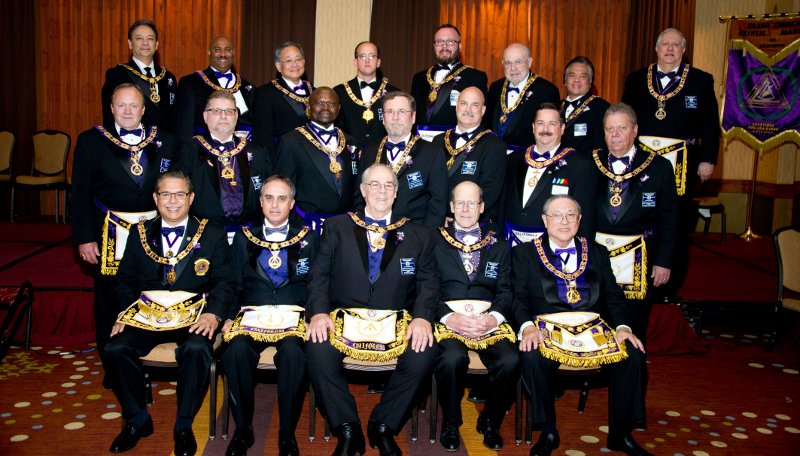 A Brief Overview of Most Illustrious Companion Price’s Masonic Journey

William E. Price, KYGCH, 33° – November 13, 1946-August 17, 2019
Bill comes to us from San Mateo, California. He is married to Janet, and they have two grown children, Amanda (32) and Dylan (22). He was born in Pensacola, Florida, but was raised in Hendersonville, North Carolina. Bill has been a member of the Stationary Engineers Union, Local 39 since 1983. He served as an auditor on their executive board until 2010. He was a rank and file contract negotiator and delegate to the San Mateo Labor Council.