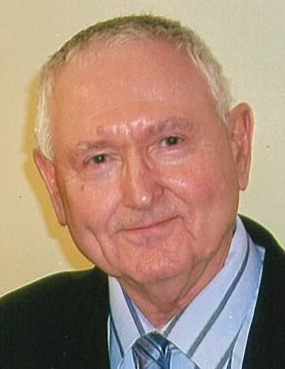 Memorial service with Masonic and Eastern Star memorial tribute will be 10 a.m. Friday, September 25, 2020, at Grace United Methodist Church in Hastings, with Rev. Stefanie Hayes officiating. The service will be offered live-streamed on Livingston Butler Volland Funeral Home’s Facebook page. The direct link for that page is www.facebook.com/lbvfh. Burial with military rites by Hastings Military Honor Guard will be at Parkview Cemetery in Hastings. Visitation will be held on Thursday, September 24, 2020, from 9 a.m. – 8 p.m. with family present 6 p.m. – 8 p.m. at the funeral home. Memorials may be given to Grace United Methodist Church, Job’s Daughters Bethel #8, or Hastings York Rite Bodies. For the health and safety of others, face masks are required for those attending the service. Your cooperation is appreciated. Due to material sharing restrictions, we ask you bring your own pen for signing the registration book or memorial envelopes. If you do not bring one, we can provide that for you.

Bob was born June 2, 1942, in Marshalltown, IA to Roy and Opal (Wolf) Williams. He was baptized at Garwin United Methodist Church and graduated from Dike High School in Dike, IA. After high school, Bob completed two years of Automotive and Diesel Mechanic School in Kansas City. Bob served in the U.S. Air Force from February 1, 1964 to January 31, 1968. He married Mary E. Grothen on February 20, 1966, in Hastings, NE.

Bob was preceded in death by his parents, niece, Christine Williams, and nephew, Daryl Williams.

Bob was born in Marshalltown, Iowa, June 2, 1942 and having faithfully preformed the duties mankind owes to God, to his neighbor, to his family and to himself, departed this earthly life on August 31, 2020 in Hastings, NE.

Bob joined the Hastings York Rite Bodies, May 10, 1976, serving as High Priest of Hastings Chapter #21 Royal Arch Masons, Illustrious Master of Hastings Council #8 Cryptic Masons, Commander of Mt. Nebo Commandery #11 Knight Templar. He served as Illustrious Grand Master of the Grand Council Cryptic Masons of Nebraska in 1986. Bob was a Member of Sir Galahad Priory #7, KYCH, Nebraska College #138 & Western Nebraska College #173 and was a Past Grand Governor of the York Rite Colleges in Nebraska, Past Sovereign of Shiloh Conclave – Red Cross of Constantine.

Bob was initiated into Acacia Chapter Order of the Eastern Star, May 15, 2013.