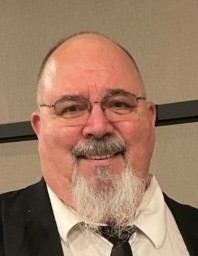 Born in Portland August 1, 1959, to Frank and Laura Palmer. Frank graduated from Gray New Gloucester High School 1977. On June 23, 1979, Frank married the love of his life June Warren. Frank and June bought a house in Raymond in 1988 and raised their two wonderful children there the last 34 years.

Frank started working in High School for his Dad who owned Palmer Citgo on the Maine Turnpike. He then started working at NAPA Auto Parts and held numerous positions during his 40-year career.

Frank had two loves: his family and Masonry. Frank was very involved in Masonry for many years and held many positions of many Masonic Bodies. Starting with Past Master of Cumberland Lodge # 12, Past Grand Commander of the Grand Commandery of Maine, Past Illustrious Grand Master of the Grand Council of Maine, Past Junior Grand Warden of the Grand Lodge of Maine, SR DeMolay, active member of the Supreme of DeMolay International, served on the Executive Board of the Maine Rainbow, and Coronated 33rd Degree Mason Scottish Rite in Cleveland last August.