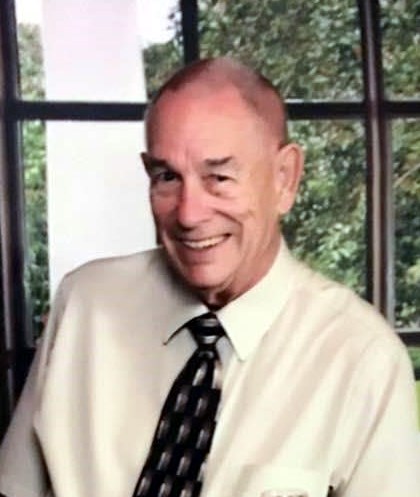 Gordon Junior Karslake, 88, passed away peacefully on Thursday, May 27, 2021 in Lansing, MI. He was born to Gordon Elliott and Neva Ida (Thrasher) Karslake on July 1, 1932 in Burr Oak, MI. He attended and graduated from Vanderbilt High School in 1950. Gordon attended CMU and graduated from Ferris State University in 1954 where he earned his Bachelor’s Degree in Science, Majoring in Chemistry and minors in Physics, Biology, Language, Literature and English. He taught at Gaylord High and Saginaw Arthur Hill. Gordon met his wife Lucille (Wakeley) while teaching at Gaylord High School. Gordon served in the United States Army National Guard from 1949-1956.

Gordon was employed and retired from Wyeth-Ayerst Laboratories, Inc. in Mason for 33 years as a Chemist. He often boasted that he was retired longer than he worked!

Gordon is a member of the Mason First United Methodist Church. He has served the City of Mason as an Auxiliary Police Officer. He also served on the Water and Sewer Board, the Cemetery Board and the City Planning Commission.

Like his father and grandfather, Gordon started his Masonic career with Cyrene Lodge #352 and transferred to Mason Lodge #50 in January of 1959 where he is a Life Member and Past Worshipful Master and Most Worshipful Grand Master. Gordon served on the Mason Temple Association starting in 1962 when he signed the articles of incorporation.

Gordon joined the Royal Arch, Mason Chapter in 1960 and is a Past High Priest. He was greeted into Leslie Council #50 in 1961. He is a Past Thrice Illustrious Master and served in many capacities which culminated with his election and installation as Most Illustrious Grand Master of the Grand Council Royal and Select Masters of Michigan.

Gordon was knighted in 1967 at Jackson Commandary #9. He served as Eminent Commander in 1979. Initiated into Mason Chapter #150, Order of the Eastern Star in 1960 where he served as Patron on numerous occasions.

In 1977 Gordon joined Valley of Bay City, Ancient Accepted Scottish Rite. In 1978 he joined Jackson York Rite College #3 and in 1989 was nominated and received the Purple Cross. In 1979 received the Royal Order of Scotland in Indianapolis, IN.

1980 Inducted into the Michigan Priory #22 KYCH

1984 Received KYGCH with one quadrant

Gordon was a Life Member of the Masonic organizations of which he was a member reaching the highest levels in each and until his death was the oldest member of all of them.

Gordon never met a stranger. While military and civil service were important components of Gordon’s life he is most remember for his loving, gentle spirit. He was generous with his kindness, always reacting to “have a good day” with a strong “only if you have a better one” even to the very end.

Visitation will be on Tuesday, June 1, 2021 from 5 pm to 8 pm at Gorsline Runciman Funeral Home, Mason Chapel, 621 S. Jefferson St, Mason, MI. A Masonic Service will be performed at 7:30 pm to honor Gordon’s long commitment to the Masons.

Funeral services will be held Wednesday, June 2, 2021 at 2 pm at Mason First United Methodist Church, 201 E Ash Street, Mason, MI with Military Honors at the conclusion of the service. The family will receive friends from 12 pm until 2 pm prior to the services at the church.