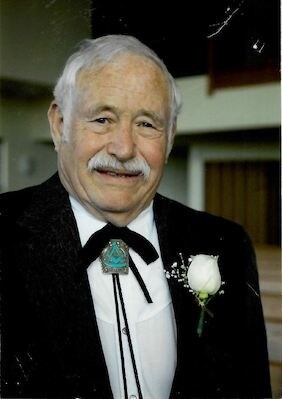 It is with great sadness that I report the passing of John E. Bower.

He had fallen at home a few days ago and was unconscious in the hospital for a couple of days before his passing this morning in Winnemucca.

Most Excellent Companion John E. Bower was Grand High Priest of the Grand Chapter of Royal Arch Masons in Nevada 2002-2003.

For many years he was the President of the Anointed High Priesthood in Nevada and for many years conferred the degree at our Grand Sessions.

We mourn his loss and cherish his memory and his contribution to the York Rite of Nevada.

Details of his final arrangements will be shared as soon as we have the information.

John served in the United States Air Force and Air National Guard as a pilot for many years. After his military service, he worked for IBM, where he then retired from.

He was previously married to Patricia S. Bower and in 2011, he married Dawn A. Bower. He is the father of 3 children; Michael Jonathan, Sarahlynn Jeanne, and Mary Jeanne.

Some of John’s favorite past times were driving Model A’s and hunting. He served in many roles through the Masonic Family. He was a Past Master of Wadsworth Lodge F&AM; Grand Commander of Knights Templar in Nevada 2000-2001; Grand Master of Cryptic Masons in Nevada 2001-202; Grand High Priest of the Grand Chapter of Royal Arch Masons in Nevada 2002-2003; Past President of the Anointed High Priesthood in Nevada; 32° KCCH Knight Commander Court of Honor; Past Patron of Martha Chapter #5 OES; Past Noble Grand of Reno Lodge #14 IOOF and Past Gov of Nevada York Rite College #144.

He is preceded in death by his first wife, Patricia S. Bower, his parents, James and Kathryne Bower, his brother James Hamner Bower III, and his daughter Mary Jeanne Nöllsch.

There will be a celebration of life for John E Bower on Saturday, November 14 at 2 pm at the Wadsworth Masonic Lodge 2425 Pyramid Way, Sparks, Nevada. In lieu of flowers please make a donation to the Veterans Guest House in Reno.