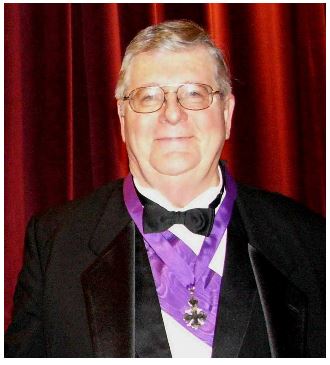 Joseph Thomas Clements, Jr. was born February 7, 1939, to Joseph (Joe) and Dorothy (Dot) Clements, in Memphis, Tenn. He died on November 1, 2020, in Little Rock, Ark., after a courageous battle against pancreatic cancer.

He was preceded in death by his parents, brother, Jim, sister, Doris, and daughter-in-law, Lisa Rayline. He is survived by his loving wife Julie Dell, of 52 years; sons, Tommy (Lori), Andy, and Scott; and grandchildren, Will, Grace, Chase, and Kate Clements. He is also survived by his brother, Mac (Clara) Clements, and his sister, Susan Steckol, both of Memphis, Tenn., and a large extended family.

A Professional Engineer and Attorney, he retired from the U.S. Army Corps of Engineers in 1996, and later as Executive Director of the Arkansas State Board of Registration for Professional Engineers and Professional Land Surveyors in 2007. After retiring, he was a Sergeant at Arms for the Arkansas Senate. He was a Fellow and Life Member of the American Society of Civil Engineers and a member of the Arkansas Bar Association. A 59-year mason, his service to the fraternity was recognized by many honors, including the Grand Lodge Medal of Honor, the Fay Hempstead Award from the York Rite of Arkansas, the 33° (HON) of the Scottish Rite, and past Presiding Officer of the Grand York Rite Bodies of Arkansas. His hobbies included family history, woodworking, fishing, and traveling with Julie and their friends.

Visitation will be from 4 to 6 p.m., at Ruebel Funeral Home, on November 3, 2020. A private family funeral at Christ Episcopal Church will be live-streamed at 10:30 a.m., on November 4, 2020. It can be viewed on the Christ Church Little Rock Youtube page at https://www.youtube.com/channel/UCQaO1d7_H-p3xxHRoP0jaRg Interment with Masonic graveside service will follow in Mount Holly Cemetery.

Joe requested memorials be made to the Scottish Rite Foundation, 712 Scott Street, Little Rock, Ark., 72201, to assist in the installation of an elevator in the north wing of the Albert Pike Masonic Temple. Arrangements are under the direction of Ruebel Funeral Home, RuebelFuneralHome.com