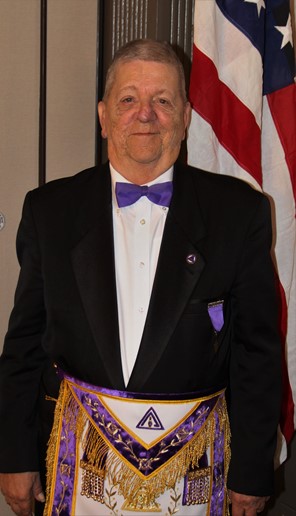 Born in Upland, PA on March 2, 1943, he was a son of the late Leland and Thelma (Linaweaver) Hunter, Sr. Lonny proudly served in the United States Marine Corps. He worked as a mixer for Congoleum Corp. in Trainer, PA, and later worked at Panzer Management Co. in New Jersey as a maintenance engineer.

Active with the Masons, Lonny belonged to Armstrong Lodge No. 26 A.F. & A. M. of Newport, Adoniram Council No. 2, Kent Chapter No. 8 R.A.M. and St. Johns Chapter R.A.M. No. 4. Offices he held include: Most Illustrious Grand Master of Cryptic Masons, Grand High Priest of Royal Arch Masons, High Priest, Grand Lecturer, the Ambassador for General Grand Chapter and Holy Order of High Priesthood. For several years he was involved in the planning sessions for the York Rite Grand Sessions, Lonny received the following awards for excellent service for the Masons: Purple Cross, Distinguished Service Bronze Award and Ephraim Kirby Award to name just a few.

A friend to the community, he was a Junior Achievement advisor and coached football, basketball, and baseball for the CYAA in Claymont. Lonny was a Delaware National Court appointed special advocate volunteer for 20 years. He was also a Cubmaster and committee Chairman for Pack 62 of Claymont and a member of the Senior 50+ Club of Newark. Lonny was a dedicated member of St. Marks United Methodist Church. In his spare time, he enjoyed fishing. Above all, Lonny loved spending time with his grandchildren and Scarlett (Buttercup).

A visitation for family and friends will be held from 9:30 am until 10:45 am on Thursday, October 29, 2020, at Spicer-Mullikin Funeral Home, 1000 North DuPont Parkway, New Castle, DE, where a masonic service will begin at 10:45 am. A funeral service will begin at 11 am. Interment will follow in Glenwood Memorial Gardens, 2321 West Chester Pike, Broomall, PA. Face masks will be required for all in attendance.

In lieu of flowers, donations may be made in Lonnys memory to St. Jude Childrens Research Hospital, 501 St. Jude Place, Memphis, TN 38105

Our Most Illustrious Grand Master was born on March 2, 1943 to Leland and Thelma Hunter. He has 5 brothers: Leland, Lawrence, Lewis, Leslie and Lance. He was educated at Hill Street Elementary School in Upland, Pennsylvania and Eddystone High School in Eddystone, Pennsylvania. He married Linda in 1976 and they have 5 children, Anita, Charles, Gina, Kenneth and Thomas. They also have 14 grandchildren and 1 great grandson. Our Most Illustrious Grand Master also served in the United States Marine Corps.

He started his Masonic journey on 1964. He was a member of Lafayette Lodge #14 in Wilmington and Armstrong Lodge #26 in Newport. He is a Past Chief Tyler for 818 Market Street Grand Lodge Building. He also is a Past Secretary/Treasurer of the Joint Board of Trustees.

He was greeted in Gunning Bedford Council #1 and served as Illustrious Master. He was also a member of Adoniram Council #2 where he was serving as Recorder/Treasurer. He was elected Most Illustrious Grand Master of the Grand Council in 2015.

He was knighted in St. Johns Commandery #1 and served as Eminent Commander.

He received his 32Ú in the Scottish Rite Valley of Wilmington.

His other memberships include:
Blue Hen Council #113 Allied Masonic Degrees-served as Sovereign Master in 2015
Two-by-Two Lodge #15 Royal Ark Mariners
Delaware Council #18 Knight Masons where he was serving as Excellent Chief
First State York Rite College #45-Served as Governor in 2018
Received the Order of the Purple Cross from the York Rite Sovereign College in 2014.

He handled the arrangements for the York Rite Annual Sessions for many years.