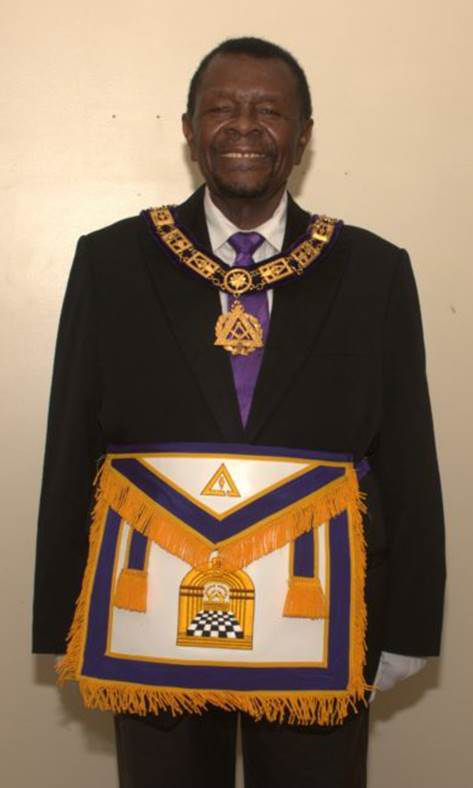 Bro. Robert K. A Yaasi was initiated into Freemasonry on July 27, 1996. He was subsequently passed to the degree of Fellowcraft on August 24, 1996 and was later raised to the sublime degree as a master Mason on October 19, 1996 at Sojourner Kilwinning Lodge No. 1798 on the role of the Grand Lodge of District of Columbia. Bro. Robert Yaasi was a devoted and committed mason. He worked very hard in the craft and was an inspiration to all who he came across with in the lodge.

After several years at Sojourner Kilwinning lodge he decided to affiliate with Fiat Lux Lodge No. 1717. This is a lodge that does their work using the English ritual. Bro. Robert Yaasi being the Vibrant mason he was, and with the thrust for more masonic knowledge decided to affiliate with Joppa Lodge No. 35 under the role of the Grand Lodge of the District of Columbia.

He was a very studious and disciplined Mason, and this cultivated to Joppa lodge No.35 offering him the highest office that could be offered to any brother and that is the office of the Worshipful Master of the lodge on January 1, 2016. He performed his duties as Worshipful Master in an exemplary manner and was an envy to all within the Lodge.

Bro. Robert K. Yaasi, PM was a member of several masonic organizations. He was exalted into Royal Arch Masonry at Sojourner Kilwinning Chapter No. 17 in 2001. Also, he was greeted at Sojourner Kilwinning Cryptic Council No. 7 in 2007, Secretary of Fiat Lux Council No. 9 for many years and rose to the position of Grand Master of Cryptic Masons on March 11, 2017. Bro. Robert Yaasi, PM was also a member of Washington Commandery of Knights Templar of the District of Columbia.

On behalf of The Worshipful Master of Joppa Lodge 35, the Trice illustrious Master of Sojourner Kilwinning Council No. 7 and The Grand Master of Cryptic Mason of the Grand Council we would like to extend our profound sympathy to the family of our beloved brother, the Late Bro. Robert A. k Yaasi, PM. May he rest in peace and rise in Glory.

A memorial service will be held on Sunday November 21, 2021 at Trinity Episcopal Church from 1pm to 2pm. The church is located at 7005 Piney Branch Rd. NW in Washington, DC.