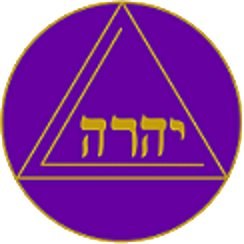 Robert (Bob) Love Luttrell passed away on March 3rd , 2022 at his home in Poulsbo, Washington surrounded by family and friends at the age of 80 from heart failure.

Robert Luttrell is survived by his loving wife Inge-lise of 52 years. He met the love of his life in 1965 while studying abroad in Denmark. They were married June 19 th , 1969 at Kronborg Castle in Helsinør Denmark. They had three children and three grandchildren. Robert is lovingly remember by Ingle-lise (wife), Kristian L. Luttrell (son) and spouse Cheryl of Renton, WA, Kristine L. Luttrell (daughter) of Poulsbo, WA, David Luttrell (son) of Poulsbo, WA, Mary Frances Underwood (sister) of Mobile, Alabama, and grandchildren: Trenton Luttrell of Fife, WA, Evan Luttrell of Renton, WA, and Anja Luttrell of Renton, WA.

Bob was born in Natchez, Mississippi on March 19, 1941. His loving parents raised him. (Father: Floyd T. Luttrell) (Mother: Elizabeth R. Luttrell) in Mobile, Alabama. He graduated U.M.S. Wright Preparatory School in 1959. He went on to attend Baylor University graduating in 1964 with a degree in theatrical stage production and minor in psychology. Continued his education at the University of Alabama “roll tide” graduating with a degree in accounting in 1967. Bob earned his CPA license in 1967 and served in the Coast Guard reserve from 1965-1970. The majority of his career was spent with I.T.T. as the northwest comptroller of Rainer Logging and Pulp. He settled in Poulsbo, WA in 1973. Living there until his passing.

During his many activities was his love of Masonry. I spent many hours traveling with Robert Love Luttrell during his time as the Most Illustrious Grand Master of Royal and Select Master of Washington. During these car rides, we discussed many things about Masonry and especially his understanding of Cryptic Masonry. This was a love of his in his Masonic travels. We had very long drives to Spokane and to the Tri-City area.

The last part about his travels in Masonry was written by RPC Michael Smitson, Grand Recorder, Grand Council of Royal and Select Masters of Washington.