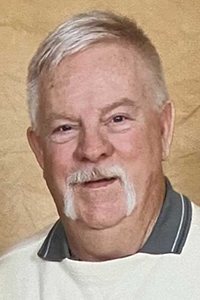 He was born Nov. 14, 1945 in Columbus to the late Julius Ellsworth and Edith Frances (Ellinwood) Belt. He was also preceded in death by a brother, Howard Paul Belt; a sister Terry Lockwood; and a step-son, Andy Beltz.

A 1963 graduate of Richwood High School, Jerry served in the Marine Corps for four years where he earned the Good Conduct Medal and Vietnam Service Medal with Bronze Star. In 1967, he began working for Nestle R&D in Marysville until his retirement in 2001. Jerry enjoyed open water SCUBA diving.

He was a charter member of VFW Post #870 in Richwood where he had served as Commander from 2013 to 2016 and was currently Commander. He had also actively served on the funeral detail.

Condolences and remembrances may be expressed at www.stofcheck-ballinger.com