Power or a Place at the Table

A Choice for Every Select Master:
A Seat of Power or a Place at the Father’s Table? 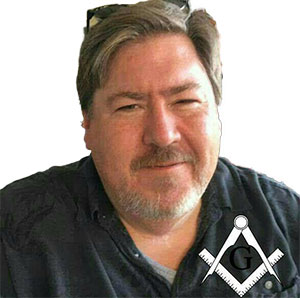 Recently, I was “voluntold” to give a Masonic education presentation about 30 minutes before my monthly Council meeting.  I was desperate for inspiration when I drove by a local church sign that said, “Many people prefer a seat of power rather than a place at their Father’s table.”

In other words, people would rather have temporal power than build a relationship with the divine.

Our ritual discusses this very thing.  Think of a particular Select Master, who, instead of doing his duty, chose to take a little nap.   Ahishar, like all Select Masters, took an oath at our Father’s table, also known as an altar.  Another pledge was given by him when he was installed as the Steward for the Select of 27. This gave him a seat of power in King Solomon’s Grand Council.

The Book of the Law tells us, “When a man makes a vow to the LORD or takes an oath to obligate himself by a pledge, he must not break his word but must do everything he said” (Numbers 30:2).  Once he received his title and position of power, he forgot about his oath and did what served his interests.

Think about if Ahishar was the Steward in one of our Councils. Would he be allowed to snooze until he was in the East and then expected to keep his oath?  We all know what King Solomon would have done, but his action might seem a little harsh today.

There is a middle ground between apathy and execution where we can all prosper, but it requires all of us to remind our companions in the most tender manner of their obligation and aid in their reformation. In that way, we prepare our fellow companions for a place at the Table of our Father and Great Architect.