Preliminary Report of the 2017-2020 Ritual Committee 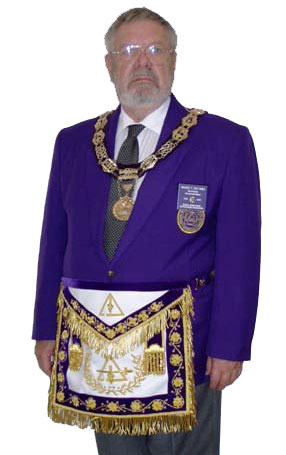 The Ritual Committee this Triennium is making a concerted effort to correct the many mistakes that have crept into the official ritual along with some heavy-handed glaring errors placed there by well-meaning but hasty stop-gap situations, such as running out of the supply of rituals.

Too often certain individuals would make drastic changes, full of errors in spelling and context, and have them printed, making corrections as they were detected before the next printing. One result of this was on more than one occasion, there were two or more cast members conferring a degree on a candidate, but sometimes using two or more conflicting rituals.

There are several underlying reasons behind this problem, starting with the fact that I did not know I was Chairman of the 2014-2017 Ritual Committee until I started receiving email and phone calls from numerous jurisdictions nearly two years into that Triennium.

Another was that for many years the members of the committee were from various jurisdictions and had almost no practical opportunity to meet even once during their time on the committee.

All that has changed. The 2017-2020 Committee is composed entirely of well-known and accomplished ritualists (but possibly excepting the Chairman) from Alabama, who have taken the opportunity to meet as a committee at least once every two months. We have thoroughly analyzed the ritual and the past errors and mistakes and stay in regular contact with each other. We are now in our fifth revision, and hopefully it will be the last.

What we are producing is a “Core Ritual”, for lack of a better name, which we will recommend for adoption by the General Grand Council as the official ritual. We have made great effort to permit change by the subordinate councils based on their long-time local or preferred customs, if they do not alter either the meaning or teachings of the ritual. We are going to recommend that these jurisdictions send a draft of such changes to this committee for our records and approval.

Further, and equally as important, if not more so, we have been assured that none of the officers of the General Grand Council will make changes to the ritual once approved by the Ritual Committee except through the Committee process.

The Core Ritual will be sent electronically, once approved, to all the jurisdictions for their comments, with an explanation that they can make certain changes based on their local customs, which they will return to us for approval before they print.

I feel these actions are well founded and workable, and will give the General Grand Council, finally, good control and protection of its ritual.

Let’s hope it works for longer than the next few years.

Editor’s Note: Most Puissant Companion M. C. “Bud” Himes, Past General Grand Master, is the Chairman of the 2017-2020 Ritual Committee. The Chairman has provided all of you with a summary of the objectives of the Committee for this Triennium and summarized his candid remarks that he presented at the last Triennial in Portland, Oregon.