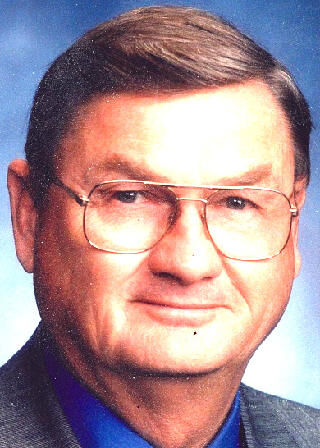 Freemasonry has lost another Jewel in its Masonic Crown. Reverend, Companion, and Sir Knight Ronald Everett Wood, Jr. cast off the chains binding him to this Earthly realm to be with his Lord and Savior at 1:30 am on May 25, 2021.

Ron was born in Rolla, Missouri, July 8, 1930. At an early age his family moved to Tennessee where he graduated from the Tennessee Military Institute (high school) in 1949. After graduation in 1949, he returned to Missouri. While working for Pittsburgh Plate Glass, he served as pastor of several Missouri Methodist Churches. He attended the Flat River Junior College (Mineral Area Junior College) from which he graduated in 1954 with an Associate Degree. He completed his college education at the Southeast Missouri State University and in 1957 graduated with a degree in Secondary Education. He enrolled in Eden Theological Seminary in Saint Louis and graduated in 1960 with a Master of Divinity Degree. After graduation, he was ordained an Elder in the United Methodist Church. He served as a Minister in the United Methodist Church for more than 50 years.

On April 14, 1951, Ron and Marie were married and became partners in life’s journey. To this union were born five children: Ronda, Patricia, Steven, Paula, and Mark (Mark, sadly, died at birth). The kids are all now married and widely dispersed across the country. The extended family consists of nine grandchildren and twenty great-grandchildren. Unfortunately, Marie died on March 2, 2010, after 59 years of marriage. On July 17, 2010, Ron found  happiness again by marrying Betty.

It is with sadness that we mourn the passing of such an Excellent, Illustrious, and Eminent Companion and Sir Knight. Ron, good and faithful Brother, may God bless you and keep you ever in His presence.