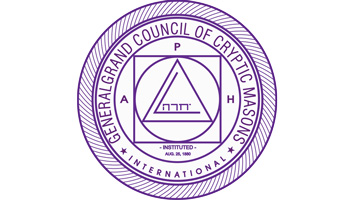 by Richard A. Eppler

Provided by the Oklahoma Chapter and Council Education E-Newsletter (https://okyorkrite.com/)
Extracted from the Articles & Papers Column in the March 2022 Issue

The allegory of the degree of Super Excellent Master is a dramatization of scenes from the end of the reign of Zedekiah, the last King of Judah (598 to 587 B.C.), culminating in the destruction of Jerusalem, the temple and the Jewish monarchy. These scenes, which are actually drawn from the last several years of the reign, are compressed in the degree into the last hour of the last day, leading to the Babylonian conquest.

1. For example, in the NIV Bible, Jeremiah Chapter 28, it says: In the fifth month of that same year, the fourth year, early in the reign of Zedekiah, king of Judah, the prophet Hananiah, son of Azur, who was from Gibeon, said to me in the house of the Lord, in the presence of the priests and all the people: “This is what the Lord almighty, the God of Israel, says: ‘I will break the yoke of the king of Babylon. Within two years I will bring back to this place all the articles of the Lord’s house that Nebuchadnezzar king of Babylon removed from here and took to Babylon. I will also bring back to this place Jehoiachin son of Jehoiakim king of Judah and all the other exiles from Judah who went to Babylon,’ declares the Lord, ‘for I will break the yoke of the king of Babylon.’”

To which Jeremiah said to Hananiah the prophet, “Listen, Hananiah! The Lord has not sent you, yet you have persuaded this nation to trust in lies. Therefore, this is what the Lord says: ‘I am about to remove you from the face of the earth. This very year you are going to die, because you have preached rebellion against the Lord.’”

2. Earlier in the reign of Zedekiah, king of Judah, this word came to Jeremiah, from the Lord (Jeremiah 27: 8-ff): “If, however, any nation or kingdom will not serve Nebuchadnezzar, king of Babylon or bow its neck under his yoke, I will punish that nation with the sword, famine and plague, declares the Lord, until I destroy it by his hand. So do not listen to your prophets, your diviners, your interpreter of dreams, your mediums or your sorcerers who tell you, ‘You will not serve the king of Babylon.’ They prophesy lies to you that will only serve to remove you far from your lands; I will banish you and you will perish. But if any nation will bow its neck under the yoke of the king of Babylon and serve him, I will let that nation remain in its own land to till it and live there, declares the Lord.”

I gave the same message to Zedekiah king of Judah. I said, “Bow your neck under the yoke of the king of Babylon; serve him and his people, and you will live. Why will you and your people die by the sword, famine and plague with which the Lord has threatened any nation that will not serve the king of Babylon? Do not listen to the words of the prophets who say to you, ‘You will not serve the king of Babylon,’ for they are prophesying lies to you. ‘I have not sent them,’ says the Lord. ‘They are prophesying lies in my name. Therefore, I will banish you and you will perish, both you and the prophets who prophesy to you.’”

3. At about the same time, the God spoke to the Prophet Ezekiel (Ezekiel 12:10-14): “Say to them: ‘This is what the Sovereign Lord says: This prophecy concerns the prince in Jerusalem and the whole house of Israel who are there.’ Say to them, ‘I am a sign to you.’

As I have done, so it will be done to them. They will go into exile as captives. “The prince among them will put his things on his shoulder at dusk and leave, and a hole will be dug in the wall for him to go through. He will cover his face so that he cannot see the land. I will spread my net for him, and he will be caught in my snare; I will bring him to Babylonia, the land of the Chaldeans, but he will not see it, and there he will die. I will scatter to the winds all those around him — his staff and all his troops — and I will pursue them with drawn sword.”

4. Close to the end of his reign, Zedekiah summoned Jeremiah (Jeremiah 38:14ff): Then King Zedekiah sent for Jeremiah the prophet and had him brought to the third entrance to the temple of the Lord. “I am going to ask you something,” the king said to Jeremiah. “Do not hide anything from me.”

Jeremiah said to Zedekiah, “If I give you an answer, will you not kill me? Even if I did give you counsel, you would not listen to me.” But King Zedekiah swore his oath secretly to Jeremiah: “As surely as the Lord lives, who has given us breath, I will neither kill you nor hand you over to those who are seeking your life.”

“They will not hand you over,” Jeremiah replied: “Obey the Lord by doing what I tell you. Then it will go well with you, and your life will be spared. But if you refuse to surrender, this is what the Lord has revealed to me: All the women left in the palace of the king of Judah will be brought out to the officials of the king of Babylon. Those women will say to you:

‘They misled you and overcame you — those trusted friends of yours, Your feet are sunk in the mud; your friends have deserted you.’

“All your wives and children will be brought out to the Babylonians. You yourself will not escape from their hands but will be captured by the king of Babylon; and this city will be burned down.”

5. During those last days Jeremiah wrote a letter to those in Babylon who had been exiled previously (in 598 B.C.) (Jeremiah 29:3-ff):

“This is what the Lord Almighty, the God of Israel, says to all those carried into exile from Jerusalem to Babylon: “Build houses and settle down; plant gardens and eat what they produce. Marry and have sons and daughters; find wives for your sons and give your daughters in marriage, so that they too may have sons and daughters. Increase in number there; do not decrease. Also, seek the peace and prosperity of the city to which I have carried you into exile. Pray to the Lord for it, because if it prospers, you too will prosper.” Yes, this is what the Lord Almighty, the God of Israel, says: “Do not let the prophets and diviners among you deceive you. Do not listen to the dreams you encourage them to have. They are prophesying lies to you in my name. I have not sent them,” declares the Lord.

6. The Riblah scene in the Super Excellent Master Degree comes from the 39th Chapter of Jeremiah:

This is how Jerusalem was taken: In the ninth year of Zedekiah king of Judah, in the tenth month, Nebuchadnezzar king of Babylon marched against Jerusalem with his whole army and laid siege to it. And on the ninth day of the fourth month of Zedekiah’s eleventh year, the city wall was broken through. Then all the officials of the king of Babylon came and took seats in the Middle Gate: Nergal-Sharezer of Samgar, Nebo-Sarsekim a chief officer, Nergal-Sharezar a high official and all the other officials of the king of Babylon. When Zedekiah, king of Judah and all the soldiers saw them, they fled; they left the city at night by way of the king’s garden, through the gate between the two walls, and headed toward the Arabah.

But the Babylonian army pursued them and overtook Zedekiah in the plains of Jericho. They captured him and took him to Nebuchadnezzar king of Babylon at Riblah in the land of Hamath, where he pronounced sentence on him. There at Riblah the king of Babylon slaughtered the sons of Zedekiah before his eyes and also killed all the nobles of Judah. Then he put out Zedekiah’s eyes and bound him with bronze shackles to take him to Babylon.

The Babylonians set fire to the royal palace and the houses of the people and broke down the walls of Jerusalem. Nebuzaradan, commander of the imperial guard carried into exile to Babylon the people who remained in the city, along with those who had gone over to him, and the rest of the people. But Nebuzaradan the commander of the guard left behind in the land of Judah some of the poor people, who owned nothing; and at that time, he gave them vineyards and fields.

Now Nebuchadnezzar king of Babylon had given these orders about Jeremiah through Nebuzaradan, commander of the imperial guard: Take him and look after for him; don’t harm him but do for him whatever he asks. So Nebuzaradan, commander of the guard, Nebushazban, a chief officer, Nergal-Sharezar a high official and all the other officers of the king of Babylon sent and had Jeremiah taken out of the courtyard of the guard. They turned him over to Gedeliah son of Ahikam, the son of Shaphan, to take him back to his home. So he remained with his own people.