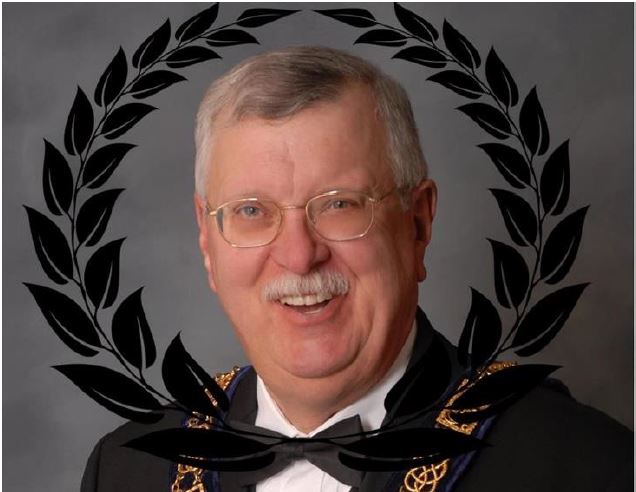 A Remembrance from the Ponzillo Family

Stephen Joseph Ponzillo, III will be long remembered by all whose lives he touched. His warm greeting, resonant voice, and commitment to doing right were a constant. His love of family, country, and Freemasonry never wavered.

Steve grew up a proud Dundalk boy, attending Patapsco Neck Elementary School, North Point Junior High, and Dundalk Senior High School. He was an active member of the Dundalk Chapter of DeMolay and served as Master Councilor in 1963 and 1964. He served as State Master Councilor from 1965-1966 and was raised in Liberty Lodge in 1968 by his father. Steve worked summers at Sparrows Point while attending Towson University (then known as Towson State College) earning a B.S. in History, Political Science, and Secondary Education in 1969. Upon graduation, Steve remained in the Dundalk area while teaching at Sparrows Point High School, beginning a 41-year career in public education.

On October 28th, 1972, Steve went on a blind date that would change his life forever. He met and quickly fell in love with a beautiful and intelligent math teacher named Marie Petts. Marie and Steve married on April 7th, 1974 and became partners for life. With the help of friends and family, they designed and built their home, Marsteph Hall, on nights, weekends, and summers when they weren’t teaching.

Steve and Marie moved into their home in 1977, the same year that Steve became Assistant Principal of Dundalk High School. A year later, their first daughter, Marie, was born. Two years later, Steve and Marie became parents again, celebrating the birth of their second daughter, Holly, a Christmastime baby.

Family and holidays played a large role in Steve’s life. Christmases at Marsteph were filled with decorations, multiple trees, parties, and of course ~ Santa Clauses. St. Patrick’s Day included leprechaun hunts, corned beef and cabbage, and pitchers of green beer. Fourth of July often included watching the Dundalk parade followed by a pool party to the soundtrack of Souza marches. And on President’s Day, Steve hosted a costume dinner party where all the guests wore colonial garb and feasted on colonial food and drink.

During this time, Steve continued his involvement in Freemasonry, He served as Grand Commander of the Knights Templar of Maryland, Grand High Priest of the Grand Chapter, the Most Illustrious Grand Master of the Grand Council and earned the 33rd Degree of the Scottish Rite. Steve chartered Ancient Baltimore Lodge in 2011. From 2011-2012, Steve served as the Most Worshipful Grand Master of Masons in Maryland.

Even with his many Masonic commitments, Steve made time for family. He was the extremely proud grandfather of five grandchildren. He spoiled them with Starbucks, cookies, and love, and delighted in foiling their parents’ rules and regulations. Steve and his family traveled regularly and made annual trips together to Williamsburg, Virginia; Lake Placid, New York; and Gettysburg and Lancaster, Pennsylvania.

Throughout his life, his commitment to education, leadership, Freemasonry, and a deeply held sense of right guided his actions. We are all changed for the better for having known him.

Steve, Dad, “Hon”, Pop, Brother, and dear friend, you will be greatly missed.

A lifelong educator, he began teaching social studies in Baltimore County Schools and served in that compacity until he became Vice Principal. He was quickly promoted to Principal and served in that role for several Baltimore County Schools. While serving as Principal of Ridgely Middle School during a Giant grocery receipt fundraiser, as an incentive to obtain computer equipment, he put his moustache on the line. If receipts exceeded $1,000 he would shave it off. The students took it to heart, collecting in excess of $1,100 and true to his word at a special assembly his moustache went – the only time his wife saw him with a smooth unadorned upper lip. His commitment to education and supporting the development of youth continued with his involvement in various Masonic scholarship program committees, notably those overseen by Masonic Charities of Maryland and York Rite Bodies.

A zealous and active Freemason, he was also involved in several of the Masonic affiliated bodies, particularly passionate about the York Rite, serving in various offices. He served as the High Priest of Druid Chapter, No. 28 of Royal Arch Masonry from 1984-1986, Thrice Illustrious Master of Hiram Council, No. 5 in 1974, Commander of Monumental Commandery, No. 3 (later Monumental-Crusade Commandery, No. 3) from 1974-1976 and served as the Right Eminent Grand Commander of the Grand Commandery of Knight Templars of Maryland in 1996-1997, Past President of the Past Commanders Association, Most Illustrious Past Grand Master, Grand Council R. & S. M. of Maryland in 1984, Most Excellent Grand High Priest Grand Chapter RAM 2006-2007, Knights Red Cross of Constantine Past Sovereign of St. Cyprian Conclave. He was also a member of the Chesapeake Consistory of the Scottish Rite, Past Master Association of Baltimore, Boumi Temple Shrine, Baltimore Tall Cedars of Lebanon, Yedz Grotto, Royal Order of Scotland, Daughters of Job Chapter of the Order of Eastern Star, Baltimore Council, Knight Masons of Ireland, York Rite College, Allied Masonic Degrees, Euclid Council Universal Craftsman, Trinity Chapter of St. Thomas of Acon, among others. He was also made an Honorary Past Master of Warren Lodge, No. 51, Mt. Moriah Lodge, No. 116, Oriental Lodge, No. 158, Patapsco Lodge, No. 183, Aberdeen Lodge, No. 202, Tuscan Lodge, No. 202, and Patuxent Lodge, No. 218.

He is survived by his loving wife, Marie, and their children and many grandchildren.