The Beginnings of the Thrice Illustrious Master’s Degree 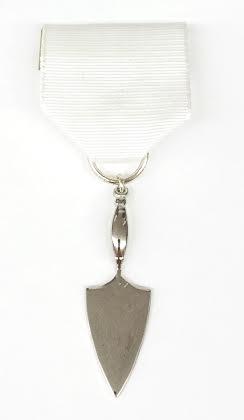 When I served as Illustrious Master of a Council of Royal and Select Masters in North Carolina, I had the privilege of receiving the Degree of Thrice Illustrious Master also known as the Order of the Silver Trowel.  The story of the Degree is based around certain events that led up to Solomon becoming King.

The Degree has an interesting history. During the Grand Council of Royal and Select Masters in North Carolina, held in May 1931, J. Ray Shute and J. Edward Allen were appointed to a Committee to prepare a Ritual for the Degree of Thrice Illustrious Master which was officially adopted at the Assembly.

In the Fall of 1931, the Ritual was completed by the Committee and submitted to the Most Illustrious Grand Master.  The Ritual was based on a ritual of the Supreme Grand Royal Arch Chapter of Scotland, but only a portion of the legend was used.  The main portion of the Degree was different and arranged to fit in with American Freemasonry.  The password, signs, etc., were originated to best suit American Ritual and Symbolism.

The goal of the Degree is to teach Illustrious Masters the importance of the office they hold, to lend dignity and additional honor to the office.  It is not an Installation Ceremony, and in most jurisdictions, it is optional.  The Degree is very impressive and interesting and eligible candidates should seek out an opportunity to receive it.