The Degree of Select Master

The Degree of Select Master
By Companion Scott A. Schwartzberg, Guest Author
Submission to the General Grand Council Education Committee 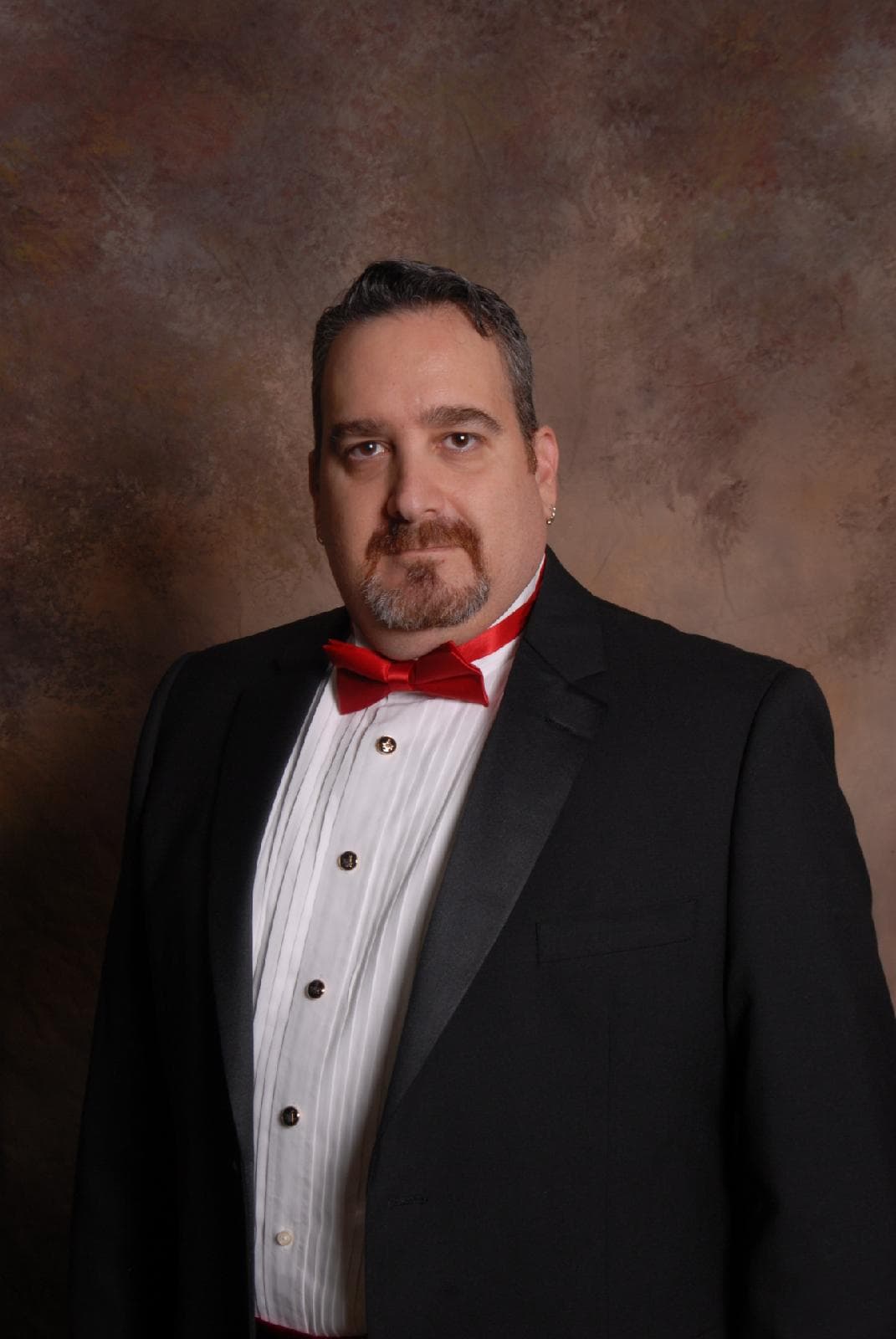 Without the Royal and Select Master degrees, neither the Master Mason degree nor the Royal Arch degree is complete, for these degrees account for the concealment and preservation of the treasures revealed in the Royal Arch.

The origin of the Council of Cryptic Masons is likely from the same source as the Scottish Rite – from Morin, who established the Rite of Perfection of 25 degrees in the West Indies in 1762. These two degrees were originally among the “side” degrees and not a part of the Rite of Perfection. The original name of the Select Master degree was “Select Mason of Twenty Seven.” The original written rituals no longer exist, if they ever did, but the titles of these degrees can be accurately traced to roots in France prior to 1762.

The second and final degree worked in the Council is that of Select Master. This degree centers on the construction and furnishing of a secret vault beneath the Sanctum Sanctorum or Holy of Holies of the Temple, and the depositing of secrets pertaining to the Craft by our three ancient Grand Masters. This degree bridges the events surrounding the concealment and loss of the Ineffable Word, and the events leading to the recovery of the Word in the Royal Arch degree. Although this degree completes the education of the Craftsman in the Symbolic Lodge, he now has additional symbolism to study and apply in the perfection of his spiritual building. The emblem of the broken triangle, with Sword and Trowel, stands as a memorial and an inspiration for the future conduct of a Companion of the Council. The Sword and Trowel were used by our ancient Brethren for defense and protection and to cement and complete the Secret Vault. We, as Select Masters, should devoutly guard the inestimable secrets of our venerable Order and unite and cement the Brotherhood.

The events of this degree parallel those in the Mark Master degree, in the Chapter. While the Fellow Craft labors above, in the daylight, the Select Masters labor below, in the secrecy of the shadows, to conceal and preserve that which ought not to be lost, and which is found in the Royal Arch degree. It emphasizes that fidelity and secrecy can prevent disaster and that the efforts of one’s labors are never in vain when made for a good cause.

The lecture of the Select Master degree explains that when King Solomon struck the foundation for the Temple, on the land King David purchased, which had been the threshing floor of Ornan the Jebusite, he uncovered a cavern filled with gold, silver, and precious jewels. Fearing that this was the site of an idolatrous temple, Solomon was informed in a dream that this land was thrice devoted to the service of God – it was where Enoch was translated to heaven, where Abraham was about to offer up his son Isaac for sacrifice, and where David met and appeased the destroying angel.

In the Select Master degree, the principal elected officer, the Illustrious Master, represents K∴S∴, the Deputy Master represents H∴, K∴ of T∴, and the Principal Conductor of the Work represents H∴A∴. The candidate represents Zabud, a particular friend of K∴S∴1.

Zabud enters the secret vault, through an open door, desiring to work on the construction of such a special place. He is unable to give the modes of recognition and is captured as an intruder, an alarm raised. K∴S∴ calls for the death of the intruder, but is informed by the Captain of the Guard that it is his friend Zabud. The three principal officers gather in the ninth arch to discuss the dilemma facing them. Zabud is the favorite and confidant of K∴S∴, and had been told by the King that he would indeed find a door opened for his reception when he had earlier confronted the King about being left out of the secret work. K∴S∴ wishes to spare the life of his friend and asks the opinion of his companions. H∴, K∴ of T∴ informs the King that only twenty-seven2 are permitted among their number. H∴A∴ opines that curiosity and disobedience prompted Zabud to enter, and the penalty is deserved.

Zabud reminds the King that he was told he would find a door opened for his reception, and, having urgent business to communicate, went to find the King, and found instead the open door, leading to his current situation. H∴, K∴ of T∴ declares that Zabud is not guilty, that he took the unguarded expression of K∴S∴ literally, and should be pardoned and admitted to the rank of Select Masters. As there are already twenty-seven Select Masters, it is not possible to add another. H∴A∴ sees the sleeping guard Ahishar3, and advises that he is no longer worthy of being a Select Master. Ahishar is executed, and Zabud obligated in this degree.

Zabud is told that God has revealed that the Temple will not stand, and the people will be carried away, the forms and ceremonies of worship forgotten. He foretold that His people will return to their land, and the Temple rebuilt, with the recovery of the Word a reward and the sign of fidelity. Within the secret vault are deposited an exact imitation of the Ark of the Covenant, with a pot of manna, Aaron’s rod, and the Book of the Law.

The history of the degree reveals that the writings of Moses and of the Prophets revealed to the ancient Grand Masters that if the people deviated from the Laws of God, the Temple would be destroyed, the people dispersed, and the sacred treasures lost. In order to protect against this, they decided to store the sacred treasures within a secret vault under the Sanctum Sanctorum.

Allyn calls the Select Master degree “the summit and perfection of ancient Masonry.” It completes the Royal Arch degree, which we are told completes the Master Mason degree. This degree accounts for the concealment and preservation of the essentials of the Craft, which were lost for four hundred and seventy years. In the history of the degree, Allyn informs us as to why the Master’s degree could only be conferred in the presence of all three ancient Grand Masters – partiality for a friend might allow an unworthy member to be admitted. Fervency and zeal are to be prized in this degree.

Jeremy Ladd Cross’s True Masonic Chart has little to say on this degree. Most of his chapter on this degree has to do with the passages of Scripture that are introduced and explained in the degree. Silence and secrecy are the cardinal virtues of a Select Master.

Mackey leads off his discussion of the Select Master degree with secrecy and silence, that these virtues are the cardinal virtues of this degree, but also that they constitute the very essence of all Masonic character. They are found in our degrees, beginning with the Initiation of the Entered Apprentice. They are also found throughout the ancient Mystery Tradition. The Egyptians had a god representing silence and secrecy, Harpocrates. Aristotle said that the most difficult of performances was “To be secret and silent.” Pythagoras required five years of silence from his disciples. The earlier rituals of the 19th century named the candidate as Izabud, though Mackey noted that this was a corruption of the correct Hebrew name Zabud, who is found in the Bible. Mackey explains that Select Masters work in secrecy and silence, to prepare and preserve the sacred deposits of truth until the time is right to reveal them. We now work in secrecy and silence, not for the present, but that our labor may bear fruit in the future. We work in the foundations of the earthly Temple, that when our labor is finished on earth, the deeds accomplished here may be brought to light, and the reward bestowed in the second Temple of eternal life. Mackey describes the Masonry completed to this point as the “Circle of Perfection.” The number of degrees is nine, or three times three. Each of the portions of Masonry describes an arc, one-third of the circle. The Symbolic Lodge is the first third of the circle. He arrives at the end, told that the Master Mason degree is the completion of Masonry, and that which he has been striving for has been LOST, and for which he receives a substitute for the truth. The second arc, the Chapter, is completed with the Royal Arch. He is told that this degree completes Masonry, as that which has been LOST is now FOUND. However, the circle is not complete. In order to finish what has been started, and so perfect the symbol, he must complete the degrees of the Council, and understand the PRESERVATION of the symbol. 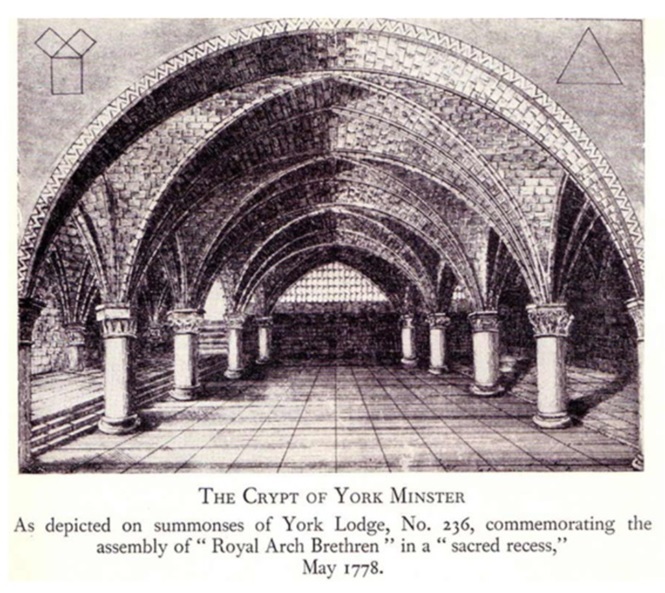 In the Iowa ritual for Select Master, it is explained that K∴S∴ had in fact told Zabud that he would find the door open to him when the time was right. This was meant to say that Zabud would receive the degree of Master Mason, not that there would be a literal open door for him.

In the ritual of Select Master in Scotland, it is explained that each arch has two Companions working on constructing it, with hand tools, and a third Companion guarding them with a sword. This explains both the number of twenty-seven being the number of Select Masters (nine arches with three Companions each) and also the Sword and Trowel as a symbol for this body. The discussion between the principal officers about the fate of Zabud also takes place in the presence of the Companions, rather than with the three retired to the ninth arch.

The English Select Master ritual is similar to the other rituals that I’ve read. One difference noted is that as the candidate is conducted to the ninth arch, instead of merely approaching through the arches, he advances with the steps, signs, and passwords of the Entered Apprentice, Fellow Craft, Master Mason, Mark Master Mason, and Royal Arch Mason4.

The version of this degree which was given to Albert Pike in 1853 contains the error of naming the candidate as Izabud, which makes sense, as he was given this ritual by Mackey. One detail that I found of interest is that Izabud was told by K∴S∴ that “the passage to the secret vault” would be open to him, rather than “the door.” There are two versions of the signs of the degree given. Further detail is also provided in the triangular plate deposited in the Ark, consistent with what is found in the Royal Arch degree. That plate is described as an explanation of the True Master’s Word, not as the Word, which is a claim often repeated among anti-Masons.

Footnotes:
1According to the Biblical scholar Rudolf Kittel, the position of “King’s friend” (Zabud in 1 Kings 4:5, Hushai the Archite as friend to King David 2 Samuel 15:37 and 16:16, Joabert/Yehu-Aber in multiple degrees of the Scottish Rite) is an old Canaanite title, and refers to a trusted advisor and confidant. Mackey also comments on the position, as one of high power, without public responsibility.
2As in the early title of the degree.
3Biblically, the Chief Steward of Solomon, and also found in the eighth degree of the Scottish Rite, Intendant of the Building.
4Outside of the United States, the Past Master (Virtual) degree is unknown, and in many countries, Most Excellent Master is a part of the Council.

Mackey, Albert G. Cryptic Masonry: A Manual of the Council; Or Monitorial Instructions in the Degrees of Royal and Select Master. With an Additional Section on the Super-Excellent Master’s Degree. 1867. Macoy Publishing & Masonic Supply Co.

Webb, Thomas Smith. The Freemason’s Monitor; or, Illustrations of Masonry: In Two Parts. 1808.