The Revitalization of Rathdrum Lodge #41 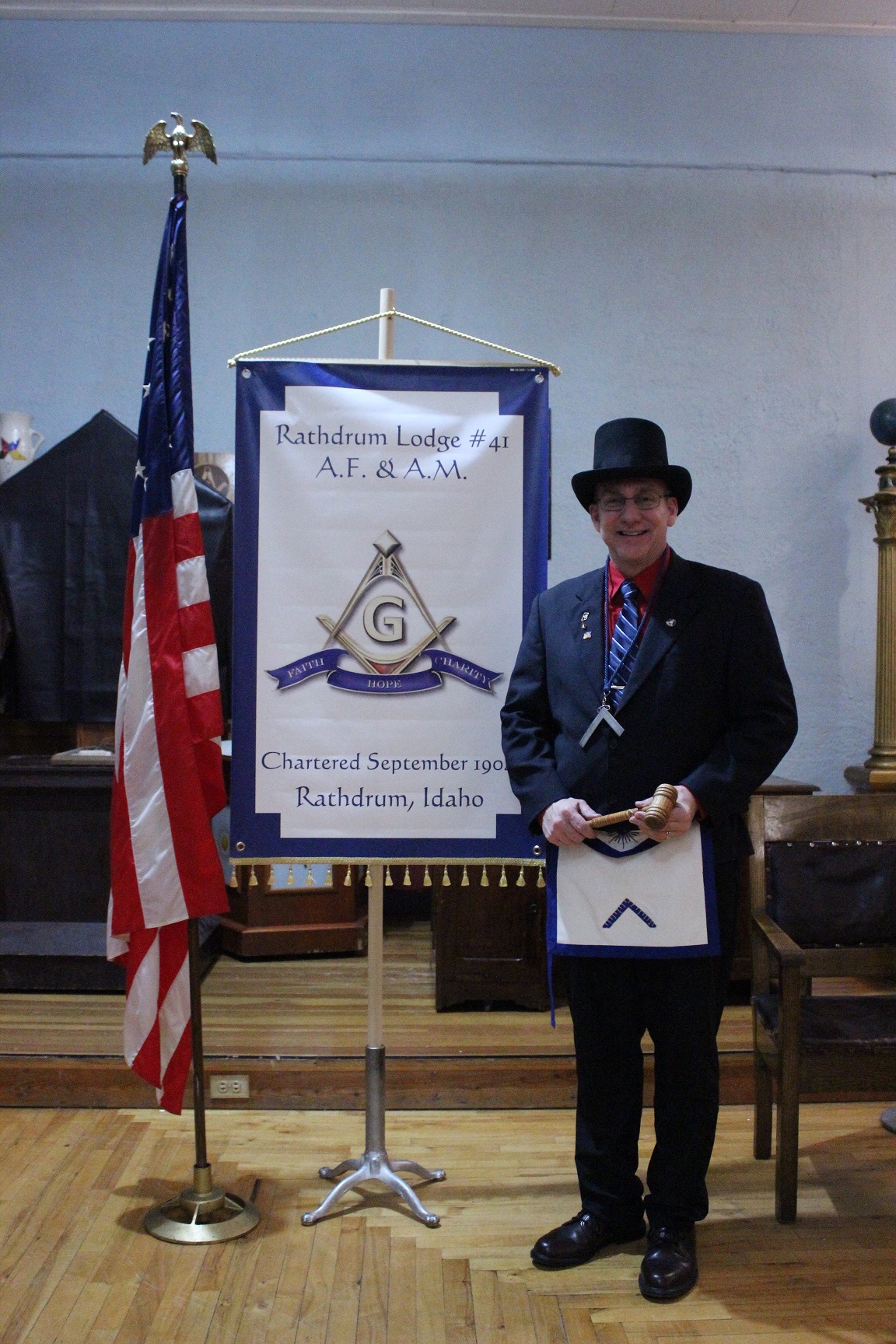 Masonic Lodges across the country are being faced with very similar challenges. Some of those challenges are declining numbers, inactive members, and older buildings in need of repair. Rathdrum Lodge #41 was no different from many lodges when I came in to join in 2014. We had several members who were active, others who came to occasional meetings, and several members who were battling serious health conditions. As with smaller lodges, we were struggling with ritual work and with filling our officer chairs. A core group of us would meet and learn new parts, and several of us began working on Warden’s and Master’s certificates. We began taking an active role in the lodge and change started to happen. We had several months where we were unable to open lodge as less than 7 members were able to attend. We were saddened in November 2016 when our sitting Worshipful Master lost his battle to cancer. It left a void in our lodge that needed to be filled. We were able to fill the officer chairs that month for the following year. Members stepped up and we were able to continue our progress as a lodge. As time passed, we had 7 regulars, then 9, then 12 in attendance. Slowly we have built up our numbers and we have been able to open all of our regularly stated communications and degrees.

We had several petitions come through the lodge, and it was necessary for us to lean on other lodges to help us to confer those degrees. As others began to fill roles, we needed less and less help to fill chairs at degrees. Older members were willing to encourage newer members to fill chairs, work with them, and after a few more degrees, we were able to confer them as a lodge. Other Lodges also came and enjoyed the work we were doing. It has been our goal to make the evening about the candidate, but also for all of us to learn more about the degree and the meaning behind it.

One of the programs we built on was our dinners before the meeting. We would take turns preparing a meal, which in itself began to build in fellowship, with different members helping out on occasion. It was a time we could chat and get to know one another while we watched the pot boil. We started inviting other lodges to our stated meetings, and our numbers at dinner began to grow. Many of the brothers enjoy the fellowship of the dinners before the meeting, and it’s a great time to catch up with one another after a month of not seeing each other.

At our Stated Meetings, we began to do more than the standard read the minutes and pay the bills. We started opening on the Entered Apprentice or Fellowcraft degree when we could, and included our newly obligated Brothers in our meetings. We added Masonic Education to the agenda, allowing members to share a short piece of education that they had stumbled across, or explain the meaning of the working tools and how they apply to everyday life. We began to explore the history of Rathdrum #41, and we now read the minutes from 50 or 100 years ago or somewhere in between. It has sparked interest in those who served the lodge before, and we remembered our departed brethren this Memorial Day by placing a Masonic Marker at their resting place in Pinegrove Cemetery in Rathdrum. More brothers are becoming active on Committees and helping out with events. Visitors are now given a leather Rathdrum Lodge #41 keychain on their first visit to our lodge. We have also done several visits as a lodge to other local lodges, but we also try to encourage brothers to attend other lodges on their own, and come back and share what they are doing there. We are encouraging fellowship, not only within our Lodge but in our Fraternity in general.

Building fellowship has been a focus of my years as Worshipful Master. We save dessert for after the meeting, and usually have 10-15 members who stay for a while after lodge, enjoying dessert and beverages. This is a time when we can get to know one another and build that bond of Brotherly Love. We held a Cinco de Mayo dinner at the lodge and had our families attend. We did a Poker Night at the Lodge, and invited our friends who have the values that we felt would make good Masons and introduced them to other members of the Fraternity. We have started to get more involved with our community by supporting the Bikes for Kids program with our local elementary school, the Adopt A Highway program, our local Jobs Daughters and DeMolay, and continuing our scholarship program. We held a food drive in our community, and raised over $1,100 and a dozen or more bags of food for the Rathdrum Food Bank. We have our Fundraising Committee, who have put together a raffle and auction that will help support our charitable giving.

Rathdrum Lodge is no different than other lodges. We have had our share of challenges. With the help of a few and the work of each brother, we have continued to address those challenges and promote Freemasonry in a way that others are encouraged and welcomed to join and attend our meetings. We have reached out to other lodges to promote fellowship and increase activity of their own members. If we all continue to work together for the benefit of the Craft, our organization should continue to succeed in the next 100 years.