We Will Continue to Accomplish Great Things 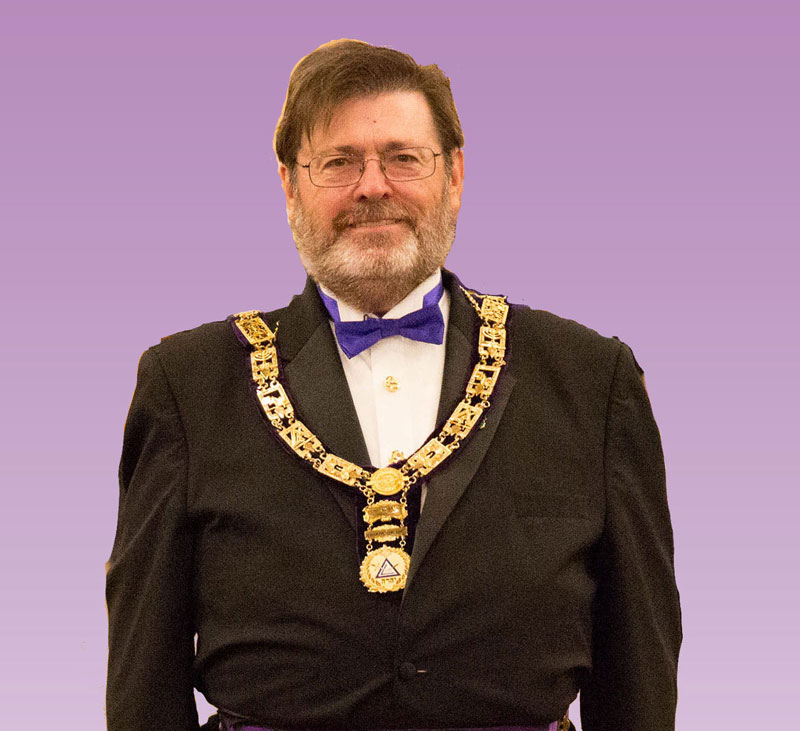 Well, it has been a long time since August of 2017.  A lot of new friends within and outside of the fraternity have been gained. It has been the faith and support of the brethren and companions that has sustained me during some difficult times faced by my family and in our masonic organizations.  It was a great honor to me personally and to my State of Missouri to be elected as the General Grand Principal Conductor of the Work.  Honor enough that one must reflect on whether there is good reason to seek any other office or responsibility at this point in my life.  In declaring in 2017, I did promise to serve the full nine years if elected.

From my research, the last Most Illustrious Grand Master from Missouri to serve in the advancing line of the General Grand Council was Bert S. Lee of Southwest Missouri.  As many of you know, I am from the Truman part of Missouri, Independence, Missouri. Upon reflection over the Holidays, armed with advice obtained from many of you across the United States since August 2017, and a continuing belief in the American or Universal York Rite System and its charitable efforts, I have made a decision.  Hopefully, that decision will meet with your support.

I think that I have made it clear to most of you that I believe that the three degrees of the Cryptic Rite have a historical importance in the murky past of Freemasonry.  I believe that our Masonic historians have failed to respect or recognize that importance.  I believe that the ancient lessons of our Cryptic degrees have incredible relevance and resonance with our future members.

I believe that the Select, Royal and Super-Excellent Master degrees are absolutely essential to the future success of ALL of Freemasonry and the development of a truly chivalric Mason.

With a united resolve to renew the General Grand Council and the cause of Freemasonry in general, a lot has been accomplished.  Yet, much more remains to be done.  The General Grand Chapter officers and Grand Encampment officers are working with us in many endeavors, all aimed at bettering the future of Freemasonry for all brothers in the United States as well amongst the international brotherhood. The leadership of the Scottish Rite jurisdictions and the Shrine are in harmony with stated aims and as Cryptic Masons, we are quite willing to utilize all Masonic resources to succeed.  Yet, we need to do more than merely agree and smile in group photos. There has been great progress made in providing Grand Councils and the Cryptic membership with educational resources and ritual education, all aimed at recruitment and retention of new Freemasons.  Yet, together we must do more to assist all of our Grand Councils.

We are making great strides in improving the visibility of the Cryptic Masons Medical Research Foundation (CMMRF) and towards CMMRF being supported with donations from around the world and developing new avenues for financial support for amazing medical treatments and research .  Yet, more must be done.

I see a time when Grand Lodges, Grand Chapters, Grand Councils and Grand Commanderies, Scottish Rite and Shrine are actively engaged in a united program of educating the world about our purposes and charities.  The General Grand Chapter, General Grand Council and Grand Encampment have the opportunity to bring about this harmonious and awe-inspiring event.  No doubt, someone in one of those high offices will see such a time as being dangerous, with their organization losing out to others.  I suggest that some forget that we really are all in this together.  Divided we will fail. United we will overcome.

As noted by the current Deputy General Grand Master in his declaration of willingness to be elected as General Grand Master, “[t]he Elected leadership has been working more closely together and as a team than it has in a long time and even with all that we have accomplished in short year and a half we have been together.  I know we will continue to accomplish great things.”

I would therefore be honored to stand for election as your Deputy General Grand Master of the General Grand Council of Cryptic Masons international at the Triennial session in Louisville, KY in September 2020.  I respectfully ask for your support and I will be proud to continue to serve you in 2020-2023.