What’s New with the Old Ritual? 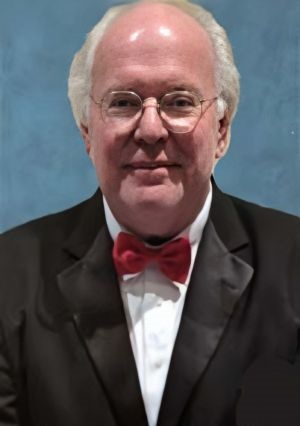 The origins of the Royal Master and Select Master degrees have for a very long time been a matter of dispute. Over the years, a number of theories have emerged as to their origins, including: (i) the Baltimore Theory, (ii) the Scottish Rite Theory, (iii) the Stuart Theory, (iv) the Berlin Theory, and others. Each of these theories has its own adherents, but no consensus has emerged. An excellent introduction to these various theories may be found in Hinman, Denslow, and Hunt’s monumental two-volume “A History of the Cryptic Rite.”

But the origins of the General Grand Chapter’s rituals for the Royal Master and Select Master degrees are not a matter of dispute.

Prior to the formation of the General Grand Council, an organizing convention was held in New York in 1872. During that convention, the Royal Master, Select Master, and Super Excellent Master degrees were exemplified by Companions from various jurisdictions in the northeast. Also at that convention, a “Committee on Work” was appointed and directed to report back the next year.

At the 1873 organizing convention, the recommendations of the Committee on Work regarding the work of the three degrees, after a bit of debate and a few amendments, were adopted. This adopted ritual became known as the “Convention Work.” Sixteen years later at its Third Triennial Assembly in 1889, the General Grand Council adopted this Convention Work as its standard ritual.

The ritual was reprinted and republished many, many times over the years until by 1960 it had reached its 24th Edition. However, with the exception of a few clarifications and a few corrections to errors and omissions, this 1960 edition, with its accumulated changes, differed from the original ritual adopted in the late 19th century in only a few substantive ways.

In the Royal Master ritual, these accumulated differences were: (i) the inclusion of a prologue, (ii) a second option for a beautiful piece of work, (iii) two additional options for prayers, and (iv) an optional lesser number of circumambulations. Note that with the exception of the prologue, these additions were all optional.

In the Select Master ritual, these accumulated differences were: (i) the inclusion of an optional prologue, (ii) the addition of an explanatory paragraph before and a prayer after the deposit, and (iii) an optional apron lecture. Again, for the most part, these additions were all optional.

The 24th Edition of the ritual went on to be the generally accepted ritual for many decades from 1960 onward. Many of you may in fact have in your possession your very own copy of this “little black book.” One testimony to its continued endurance is that the only substantive addition to the ritual since 1960 has been the inclusion of an optional soliloquy for Ahishar in the Select Master ritual.

Now in recent years, substantial effort has been made to bring the ritual into the 21st century, with improvements such as more options for distribution and more descriptive diagrams. These efforts have resulted in what is known as the “Provisional Edition,” which has been available for several years.

A comprehensive examination, made over the past few months, of this Provisional Edition, has just been completed in order to identify any possible errors or omissions. This examination involved comparing the Provisional Edition with previously adopted editions of the ritual, some dating as far back as the late 19th century, and with generally accepted practices. The result of this examination has been compiled into a list of “errata.”