Why Do We Labor?

Why Do We Labor?
Provided by the Oklahoma Chapter and Council Education E-Newsletter (https://okyorkrite.com/)
Extracted from the According to Articles and Papers Column in the June 2022 Issue 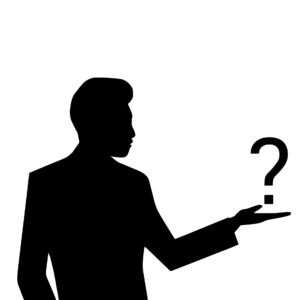 “And about the eleventh hour he went out and found others standing idle, and saith unto them. Why stand ye here all the day idle?

“They say unto him, Because no man hath hired us …” — Parable.

The object of the parable of the laborers and the lord of the vineyard, as set forth in the sacred writings, is to show that God is debtor to no man. That the exercise of his omnipotent will, giving to some and taking from others, cannot be questioned by the creature whose very nature makes him prone to do evil, and that continually, and limits his vision within the narrowest bounds. But as we may not lawfully undertake the discussion of spiritual matters, we propose to draw from the sacred text a less weighty but still important admonition.

The institution of Freemasonry is frequently and aptly likened to a vineyard extending between East and West and between North and South, ever in need of culture, and always in want of laborers. Ever seeking to dispel the clouds of ignorance, vice and superstition, to break down the artificial barriers of rank and caste, to unite good men of every country, sect and opinion, in the great work which looks to the ultimate enfranchisement of our race from the bondage of evil, and of preparation for that day when, the work being ended, the sixth hour of the sixth day shall find us prepared to receive the wages set apart from before the foundation of the world. This task, which really began when man first knew the difference between good and evil; this struggle which has been going on from the beginning of time to the present moment, and which will go forward until, in God’s own time, the mission is completed, and a temple more glorious than all that earth ever saw of temporal architecture shall be builded, embraces within its call the entire human family, but especially is it the work of the Masonic Fraternity, and that is, indeed, a narrow view of its duties and its aims, which, in the common routine, loses sight of this great labor of humanity.

It is therefore incumbent on the brethren already within the courts of the temple to understand the nature of their profession as Masons, to know that the arcana of the Lodge-room, the inculcations of the ceremonies, the language of the rituals, the mysteries of the symbols, are but the notes out of which is to be constructed that grand diapason of harmony, that world wide choral, swelling from the uttermost ends of the earth and carrying its sublime echoes to the very feet of the Eternal, which shall announce that day when man shall stand before the Orient and all the mysteries of his travail be unvailed before him; to know that in entering the Fraternity they have taken upon themselves a covenant faithfully to do the “Lord’s work, whether task or journey,” that they are to prove themselves “sons of light,” soldiers in the great army ever battling against vice and its belongings, sentinels always on duty and vigilantly guarding the sacred trust confided to them. To know that if they bury their talent in the ground where no man can find it they will fail in the duty they have undertaken and come short of the wages due to the careful steward. And these things every brother is to do for himself, according to his own ability and his own opportunities, not waiting for any man to hire him, nor for conscience to ask him, “Why stand ye here all the day idle?”

If, however, we look through the Lodges in our vineyard, we shall find many idlers. We shall discover some who have sought initiation through unworthy or mercenary motives, for the gratification of an idle curiosity, for mere companionship, or because they want to know as much as their neighbors. We shall find many who fully believe that when they attend Lodge once in a while, and pay dues with average promptitude, Masonry has nothing more to demand from them: many who, having received the light of initiation and the increased wages of a Master, fold their hands, put aside their obligations, and drone away their lives in the ranks of non-affiliation, ready enough to claim the honors of Masonry, but unwilling to make good their promises by performing their share of the labor. We shall find some who profane the temple and stultify their professions by greater or less indulgence in those vices which Masonry specially eschews, and of which she constantly reminds them by displaying the Compass, and repeating its lesson. We shall find many ready enough to discuss Lodge matters in season and out of season, in the temple and anywhere else they may happen to be, but slow to make manifest in their lives and acts the influence of our teachings, and the fact that in them Masonry has found true exemplars. We shall find lukewarmness, indifference and apathy side by side with zeal, intelligence and good example, and each pursuing his own vocation without a word of admonition to his brother or an attempt to lead him in the better paths.

All these are as laborers in the market place, and of each of them it might be asked “Why stand ye here all the day idle?” If, making answer, they should say, “because no man hath hired us,” we would tell them that the excuse is not valid; because, having voluntarily engaged in the cause of Masonry, having of their own free will and accord taken upon themselves its vows, they are regularly enrolled and bound to the performance of its duties. For them to stand idle is doubly criminal, since they do it with a guilty knowledge of what they have promised to perform, a promise they are continually neglecting.

Out of this proneness to stand idle, waiting to be called, grow many of the difficulties with which the Institution has to contend. To it is in a great measure due the sad fact that with all our numbers, all our wealth, all our Lodges, and all our influence, we have not yet succeeded in making manifest a tangible practical exemplification of our doctrines, nor placed before the world the evidence that we have not striven in vain and wasted our strength for naught. To it is due the fact that so many Masons and so many Lodges see the whole good of Masonry in the process of conferring the several degrees; that they forget apparently that Masonry has a higher and nobler aim than simply to increase its membership, and that those who ignore those loftier ideals idle away their Masonic lives to no purpose greater than the amusement of a passing hour. And yet we have in our ranks thousands and tens of thousands fitted by natural gifts and by education to make apparent the true glory of our profession; men who, by the pen and by that exterior sign of man’s supremacy, the gift of speech, might move the world, but who unaccountably stand idle in the market place, waiting for some one to hire them. These men are scattered through our Lodges, but we rarely find a Lodge which they have persuaded to move out of the ordinary pace. They are in our Grand Lodges; but how rarely we find them asserting their individuality and, by sheer force of intellect, impressing themselves on the acts of the body and lifting it out of the dull common places of routine. They are in every station of life and every grade of society, but they do not often take their Masonry with them, and, by its exemplification, show those with whom they come in contact how vital and energetic are its principles. That we ought, one and all, each according to his strength and ability, to exercise the faculties given us, needs no argument to establish; that we should, by our personal example, educate our neophytes to a like course is clear, but it is also clear that we do not do it, and the question recurs, Why? The answer each of us must seek in his own conscience and sense of duty, and he who thus carefully scrutinizes will not be long in finding some path of usefulness, by following which he will find constant employment in the great work committed to our hands. A work never ending—a vineyard always bearing fruit and ever needing laborers—a mission appealing to all who would do good, and admitting no palliation for the heedless and the idle.

The full text of “The Masonic Token: A Gift Book” may be found at:

The Masonic Token: A Gift Book