With Perseverance, Truth Will Be Found Here

With Perseverance, Truth Will Be Found Here
Provided by the Oklahoma Chapter and Council Education E-Newsletter (https://okyorkrite.com/)
Extracted from the Articles & Papers Column in the September 2021 Issue
Michael S. Wright 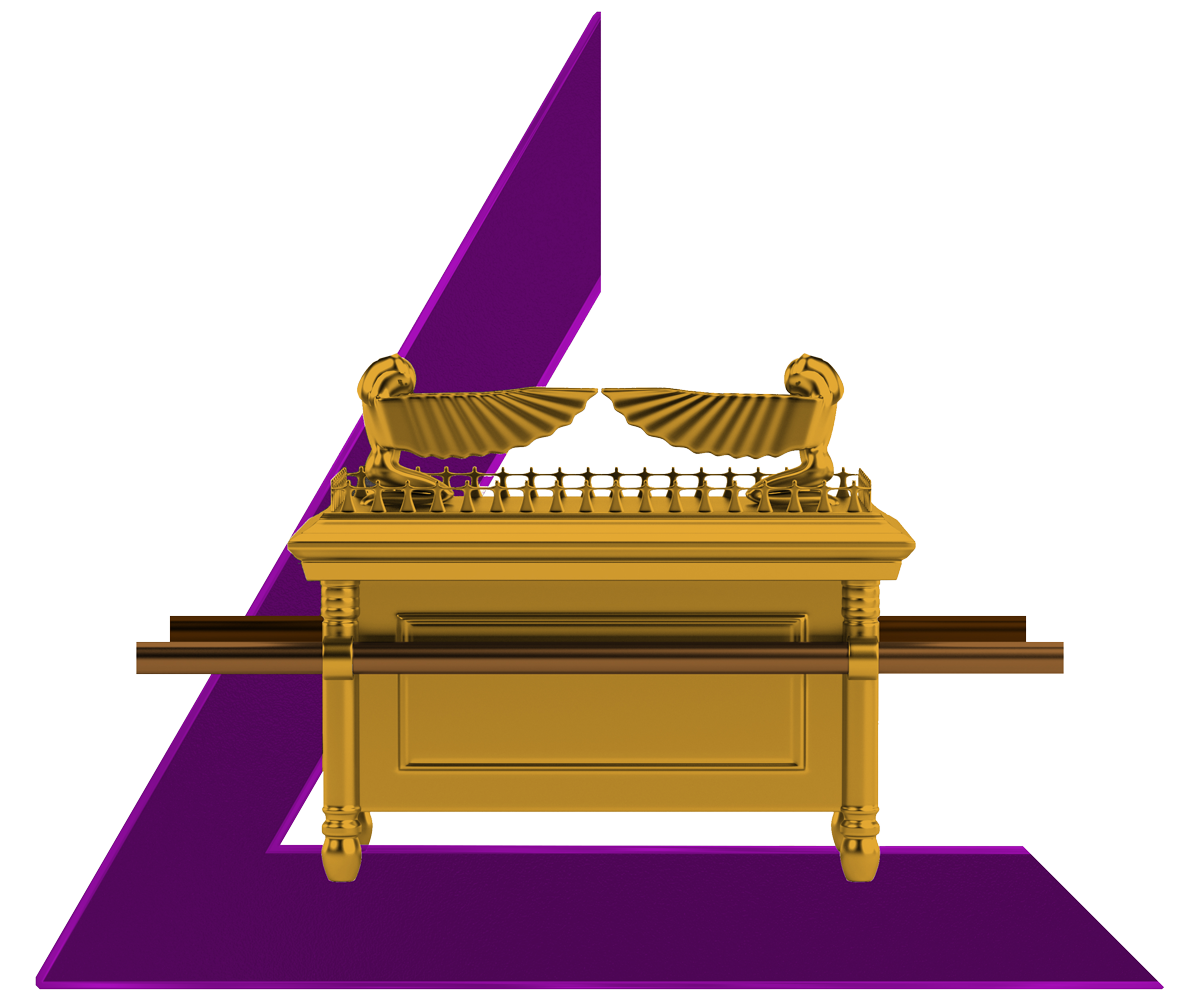 The Royal Master Degree emphasizes the lessons of patience and fortitude. The Degree centers around Fellowcrafts who were artificers fabricating the fittings and furniture of the Temple. It is unusual in that the first part of the Degree depicts events taking place before the death of Grand Master Hiram Abif, and the last part depicts events occurring after his death.

The Cryptic degrees are said to complete the circle of perfection in a mason’s understanding. The cryptic degrees are also called the degrees of preservation because they focus our attention on that which was preserved at the time of the building of King Solomon’s Temple for benefit of future generations such as ours.

The Cryptic Rite in America is part of that progression of Solomon’s degrees which we call the York Rite. Only Royal Arch Masons may join a council of Cryptic Masons. The name “Cryptic” doesn’t necessarily mean mysterious, but refers to the underground “Crypt” or “Secret Vault or Secret chamber” built by King Solomon. As Royal Masters, you discovered the Masters long lost Word.

They continue, and more importantly, complete the Masonic story of King Solomon’s Temple. They cover a period beginning just prior to your Master Mason degree in the Blue lodge to a time immediately leading up to the start of your Royal Arch degree.

Each of us was required to symbolically represent the Grand Master Hiram Abif who was slain for refusing to compromise his integrity as a Master Mason in the Master Mason’s degree. In the Royal Master degree, we were asked to symbolically represent the Grand Master’s assistant Adoniram. He was charged with the responsibility of overseeing the cutting of timber from the forests of Lebanon and quarrying the stone used in the construction of the temple.

In the first section of the Royal Master Degree, Grand Master Hiram Abif shares with you as the candidate, what it means to have assumed the character of a master mason. He talks with you about the profound and lasting influence you as a Master Mason may have and not be aware of. He challenges you to remain true to your Masonic character and principles not only while in the company of Masons, but while abroad. He also instructs you that he may not see the temple completed, but if he dies, you will find the true word buried here. (Annon, 2010)

I must confess, I didn’t comprehend the meaning of the comment, “If I die, the word will be found here” I didn’t know for certain as to what or where he was pointing as well. I have watched the degree many times, and in fact, I have participated as a cast member. I must also confess that part of my inquisitive side wanted a deeper understanding of the symbolism as meant by the Grand Master Hiram Abif.

Thus, I began on a quest to seek further clarification of the meaning. I researched documents and different authors’ theories. I listened intently to Companion’s theories and I pondered their reasons why they believed their theory. When I began to tabulate all responses I came up with four possible schools of thought as to what, whom, or where the Grand Master Hiram Abif was pointing towards.

The First school of thought surrounds itself with the Grand Master pointing towards the sacred book of laws that is on every Masonic organization’s altar. That sacred law, that we as Masons are instructed to gallantly defend, more so than the flag of our country. That book of law handed down by the Great Architect of the Universe, which has been instilled into our very essence as a book to cherish and revere with reverence.

While attending the Oklahoma Grand Session in April, the General Grand Master of Cryptic Masons, International, purposely went back to the Altar, pointing to the Holy Bible that was lying there, emphasizing that the True Word would be found here. He alluded to Hiram Abif pointing to the Holy Bible. He did this several times. I then began to question, but what of our other brethren from other religions, would they use the same book on the altar, or would they use their particular book of faith?

I began to question, is the True Word “Jehovah” found in the Sacred Book(s) of all faiths? And the answer is yes, and no. Yes, the word “Jehovah” is found in the Old Testament, or Hebrew book of law and it is found in the following books and scripture: Genesis 22:14, Exodus 6:3, 17:15, Judges 6:24. What about the other books of faith?

I then turned my attention to the Christian New Testament. While searching I discovered that the True Word, “Jehovah” cannot be found within the writings; although, there are those who will argue that the Greeks didn’t use the word Jehovah in the translation of the texts. Many will suggest that the ineffable word of the Hebrews “YHWH”, was replaced with the word LORD. This represents Yahweh or Jehovah, yet the actual word “Jehovah” is not found. I then started to search the other books of faith, the Koran (Islamic), the Vedas (Hindu), the Tripitaka (Budda) with no luck either. In conclusion, the True Word, “Jehovah” is only found in the Old Testament, and no other books of faith.

The Second school of thought believes the Grand Master Hiram Abif was pointing to a candidate kneeling at the altar about to take his oath. There are many ideas associated with this theory that the candidate comes to the altar with the True Word buried deeply within his inner spirit and that the revelation of light brings to the surface the True Word. The ancient Egyptians believed that the Kingdom of Heaven is within you; and whosoever shalt know himself shall find it. (Aldokkan, 2017) Fast forward 3000 years into the future, Jesus of Nazareth states, “The Kingdom of God is within you.” (Luke 17:21) The Scottish Rite teaches God lives within you. This idea that the True Word has always been instilled upon man since the very day of creation can only be unlocked with revelation and light.

The Third school of thought that most Companions agree with is that the Grand Master is pointing to a hidden vault below the altar or the unfinished Sanctum Sanctorum of King Solomon. I have always been a student of the theory of Occam’s Razor, which believes that simpler theories are preferable to more complex ones because they are more testable. (Sober, 1994) In other words, the simple answer is usually the correct choice. The Vault or Crypt is where the True Word was found in the Royal Arch Degree.

In the 8th degree of the Scottish Rite, (Pike, 1861, 1870, 1883), we find King Solomon lamenting over the loss of the master architect. His dear friend, King Hiram, surprises him, and King Solomon, seeking wisdom and advice, begins to cry out that a base and bloody crime have deprived him of the chief architect of the temple, and he fears there are none among the workman competent to take his place. Moreover, he was charged with the construction of the secret chamber that, when in a time of emergency, would contain the Ark of the Covenant and the sacred artifacts. The Scottish Rite alludes to Enoch’s chamber, which is another form of crypt or buried vault. Suffice to say, the True Word was buried by the Grand Master Hiram Abif to be found at a later date for future generations of York Rite Masons. Which leads me to a Fourth School of thought.

The Fourth School of thought could possibly be a combination of all three ideas. It begins when a new candidate receives illumination from the Holy Scriptures and the veil of darkness is lifted. The True Word of God fills the emptiness, just as the buried vault is unearthed, and true fellowship with the Great Architect of the Universe has become restored and fulfilled.

In closing, regardless of your beliefs on what, whom, or where Grand Master Hiram Abif was pointing to, I do not ask you to venerate them as the only correct choice, nor attempt to persuade others to your beliefs. To all of us, however, the True Word, which has been long lost, has now been found and revealed. (Pike, 1870)

Companions, my purpose was to persuade you to open your minds and to find TRUTH, to search for yourself, and to ponder your own conclusions. I leave you with a familiar passage to help you seek further knowledge. “Ask and ye shall receive, seek and ye shall find, knock and the door will be opened up unto you.” (Matthew 7:7)

But before being “passed” into these high regions of self-knowledge the Candidate is called upon to make a further covenant of secrecy in regard to what their light may reveal to him. Hence the Obligation follows at this point of the Ceremony.

Matthew, Apostle of Jesus Christ, “The Gospel According to Matthew,” Matthew: 17:31, KJV.