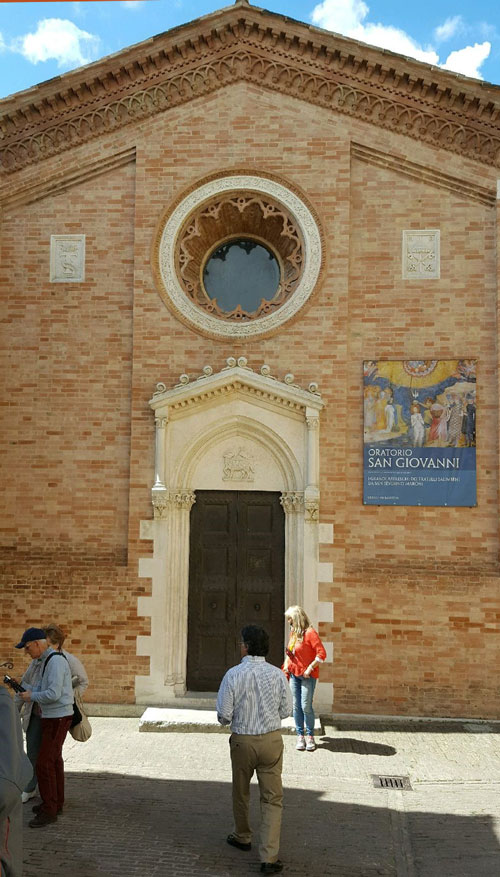 The York Rite is probably the most ancient masonic tradition in the world.

In fact, it is rooted in the tradition of the cathedral constructors, since the moment they worked in the old Eboracum, the ancient name of English city of York.

Despite its antiquity, it still has a lot of untold histories, unclear symbols and unexplored mysteries that are so fascinating for everyone wants to get closer to them and try to unveil them.

This little and extremely summary paper wants to be just a cause of reflections for the reader: it can’t give answers and can’t be a deep examination of what should be a path of study and knowledge that every single Companion should have, according to his own experience. And, indeed, what I’m doing now is just sharing my personal experience, that I lived on the side of my Italian Masters and companions (at first place, the Italian Most Excellent Grand High Priest, Companion Tiziano Busca), people who I really want to thank because all of them dedicated their time and passion to the study of the rituals and of the Tradition. And, at the same time, I really hope that my experience and reflections can be improved by the contribution of the Companions from the whole world because our personal growth is possible only thanks to the dialogue between us.

A lot of mysteries, I said: we find them since we live the degrees in the Royal Arch. And i would like to start my thoughts from one of the most mysterious characters we can find studying the Holy Scriptures. I’m talking about Melkisedek and its particular nature. Yes, we find this emblematic figure in the Order of the High Priesthood, but actually who really is Melkisedek? What is the relationship with the other great divine representation, who is Jesus Christ? And how is it connected to the Royal Arch, especially in the Most Excellent Master degree, a degree which can appear as underestimated, but which is esoterically one of the best experience that an Initiate can have? In fact, during the ritual maybe the most important moment is when the Initiate “open his chest”, as a sign. That’s the moment when the Initiate, during his holy path, finally finds the divine spark which is inside him. That’s why the degree of Most Excellent Master can be connected with the figure of Melkisedek, who is the most important representation of the connection between the divine and the men in the Old Testament.

But this is not the only one connection we can find in our rituals: we can talk about the word “rabboni” and his connection to the figure of Mary Magdalene, and so we can talk about “hierogamic wedding” and the fundamental importance exoterical of the woman… and so we can arrive to analyze the Order of the Eastern Stars and their Chapter (just like in our Rite) organization.

But, besides all of this, i want to focus the attention on something which concerns specifically the ritual of Council of Cryptic Masons and its degrees of Royal and Select Master, where we can find the definitive interpretation about the figure of Hiram Abif. Everyone who was initiated to the Master Degree knows, because so it’s narrated, that Hiram Abif was killed by three bad companions and then that he was found and lifted from the ground using the “five points of Mastery”. But, in the Royal Master degree, we know that it’s described what happened before Hiram’s death and also what happened immediately after his death. Well, in his walkings with Adoniram and in those beautiful dialogues, the Great Master Hiram Abif says that he will die before the conclusion of the Temple building. And even after his death, in the Royal Master degree, King Solomon and Hiram King of Tyre don’t say that Hiram Abif was killed, but just that he died during the building works.

So, we have to ask a question: why in the third degree of the Blue Lodges it’s said that Hiram was killed by three companions? And, in the Master Degree, the person that the Worshipful Master and his Wardens lift from the ground is really Hiram? Or maybe he was Noah? In fact, if we read the biblical episode of Noah’s death and of his exhuming by his sons we can find a lot of analogies with what is narrated in the Master Degree.

In conclusion… Was Hiram really killed?